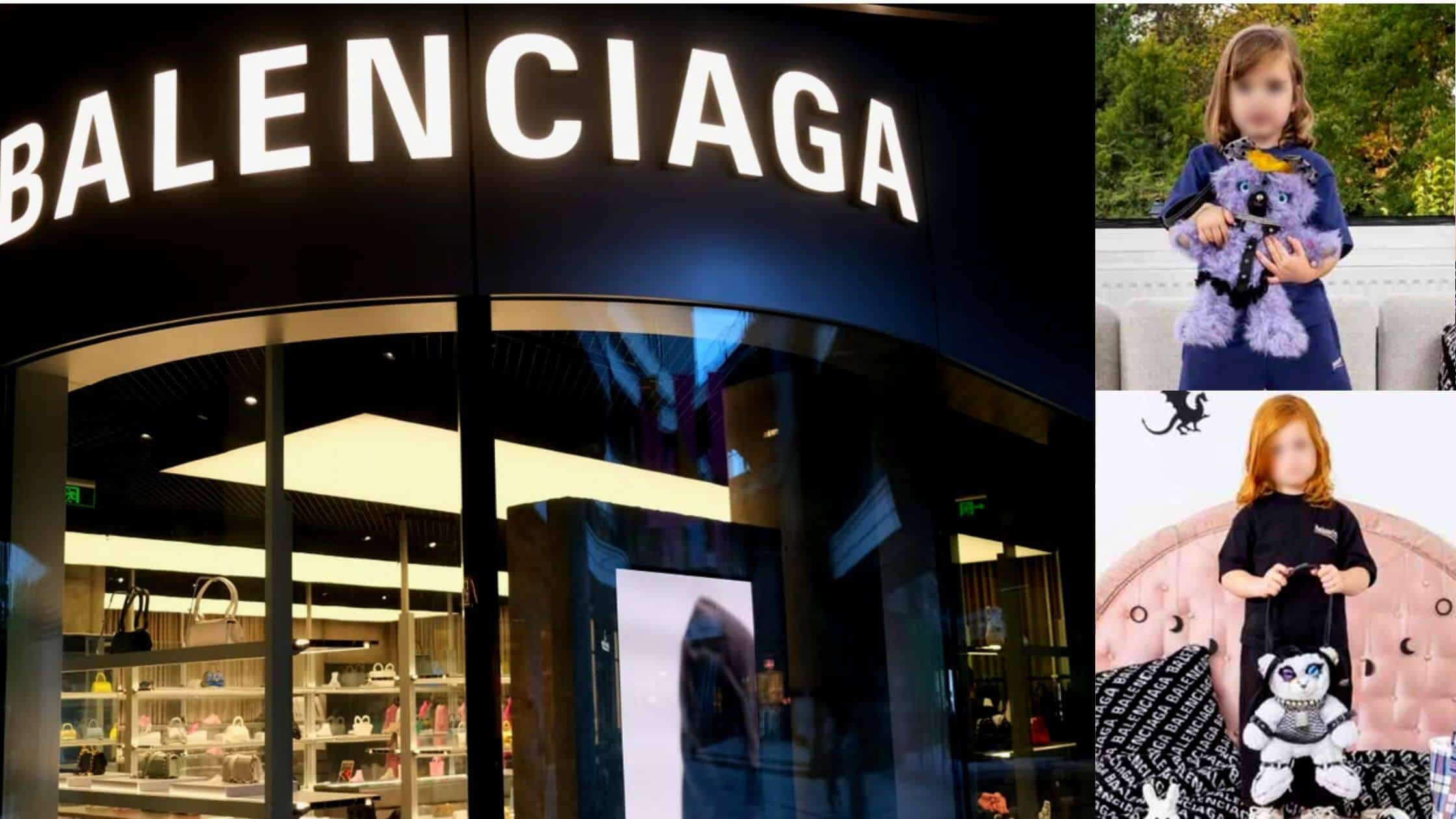 After being in the headlines for severing ties with longtime collaborator Kanye West after he wore a shirt, White Lives Matter publicly partook in a harmful anti-Semitic oratory and posted various controversial comments, it is back into the headlines. But this time, the French company is in controversy for two controversial ads.

However, on Friday, Balenciaga sued the Production Company by filing a $25 million lawsuit for one of the controversial advertisement images- including a child pornography Supreme Court ruling.

The Fashion brand is seeking $25 million in damages that have been caused due to the false association between Balenciaga and the Supreme Court ruling.

The ads are related to two separate- “Gift collection” and “Garde-Robe” campaigns, and different photographs of the luxury fashion brand.

It has been facing backlash since its recent launch of the 2022 “Gift Collection” campaign on November 16, supporting the Balenciaga Spring/Summer 2023 collection. The first ad image showed children holding teddy bears in leather bondage gear. While the other “office” themed ad included a page from a Supreme Court ruling of United States v. Williams in the background, which declared child pornography promotion as illegal.

The holiday ad photo, accused of sexualizing children by social media users, was shot by award-winning National Geographic photographer Gabriele Galimberti. The photos were inspired by Galimberti’s most renowned collection – “Toy Stories,” and Balenciaga asked Galimberti to shoot the holiday ad in the same style while they provided the punk objects.

Galimberti issued a statement claiming that he was not authorized for selecting the products, the models, and the combination of them, on Instagram after the controversy engulfed him.

He further continued his statement by adding that he was a photographer and his work was only to enhance the given scene and take the shot according to his signature style. And the direction of the campaign and the displayed objects are not in the hands of the photographer when it comes to commercial shooting.

In the end, he clarified that he was not the photographer for the other campaign, featuring the Supreme Court document.

After getting sued by the fashion brand, the Production Company, North Six, Inc. did not comment on the case. Meanwhile, Des Jardin’s agent, Moussaieff, clarified that the legal paper was taken from the prop house and were the rental pieces used in film and photo shoots.

He said that everyone from Balenciaga was present on every shoot and worked on the editing of every image in post-production. He defended his client by saying that the set designer was being used as a scapegoat.

The French Company, Balenciaga, issued an apology for the holiday campaign on Instagram with the images of children. They wrote that their plush bear bags should not have been featured with children in the campaign and that they strongly condemn the abuse of children in any form. They also stated that they stand for children’s safety and well-being.

Both the campaign ads have been removed from all the platforms after backlash and controversy.

However, this is not the first time that the french luxury brand is in controversy. They have started facing controversy particularly since Demna Gvasalia was named the company’s artistic director in 2015.