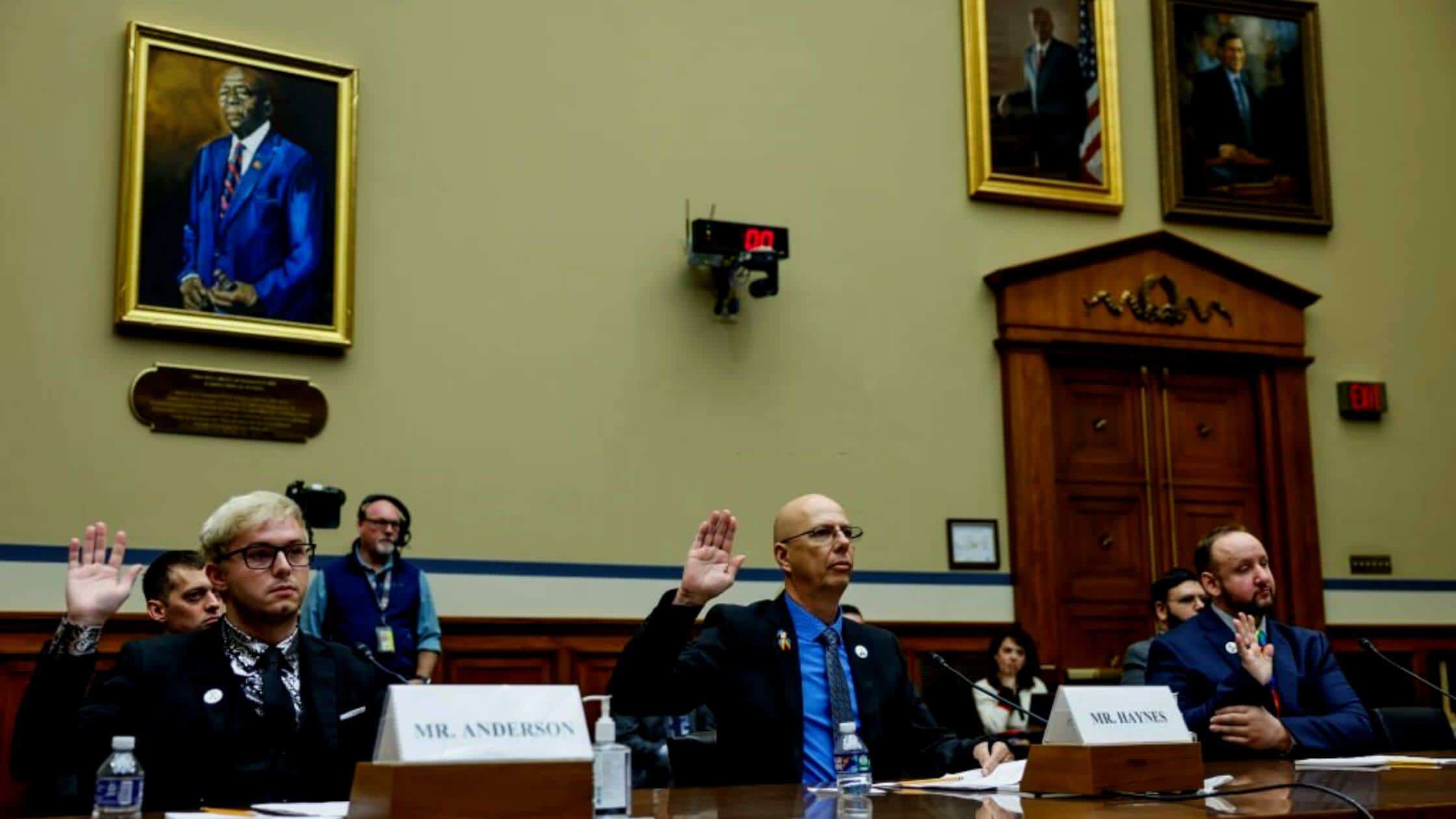 In the aftermath of the mass shooting which resulted in the death of 5 people in the Colorado Springs LGBTQ+ nightclub, the owner of the club has read out to Congress some of the hate mail they received after the incident.

However, the Republicans have refused to identify a correlation between the shooting and anti-LGBTQ+  sentiments and violence happening in the country. The survivors of the incident had reported the horror and violence they experienced but the lawmakers stated that the blame lies on both sides.

According to recent studies, anti-LGBTQ+  sentiments had increased substantially in the country after the far-right protests held in 2022, and statistics show around 124 incidents of violent incidents in the year so far.

In the hearing held by the House Oversight Committee,  Matthew Haynes, the owner of Club Q stated that the LGBTQ+ community is being “slaughtered and dehumanized”. He also stated that LGBTQ issues are not political or lifestyle issues, and neither a matter of beliefs or choices, but essentially fundamental human rights issues.

Haynes said that they received hundreds of hate comments in which people remarked that the shooting was “wonderful news”, and the perpetrator was doing “God’s work”, and they hope for more shootings in the future.

Michael Anderson, a survivor of the shooting, called out the politicians who target LGBTQ people, calling it a shame on them. As leaders, it is the moral obligation of the politicians to represent all sections of the country rather than only those who they politically agree with, he stated.

Another survivor, James Slaugh, gave a testimony describing the event in detail, how he got shot and watched others getting injured. He also blamed the hateful rhetoric of conservatives as directly leading to the massacre and violence at Club Q.

Slaugh said that the hate rhetoric is the root of violence and attacks like these, and this rhetoric is used to various ends such as to silence the sports played by the LGBTQ community, bathrooms they use, how LGBTQ people define family, who they marry, and so on. He also stressed the importance of elected leaders using the language of love and not hate.

Carolyn Maloney, a Democrat leader, remarked that the violence at Club Q was not an isolated incident, and it represents an attack on the LGBTQI+ community in general and all the places that offer the community refuge and inclusivity.

She mentioned that the incident is a part of the border tendency of “violence and intimidation” in the country. Maloney also expressed her gratitude to the survivors and told them their testimonies serve as public service for the nation.

However, the Republican member James Comer countered her remarks and said that the Democrats are politically using the situation and the committee resources to blame the Republicans.

He also told the survivors that no one should experience what they had experienced, and his prayers were with them.

When the club owner Matthew Haynes remarked that the thoughts and prayers alone won’t change the rhetoric of hate or save lives, it seemed like a dismissal of Comer’s sentiments.

Sarah Kate Ellis, the CEO of GLAAD, also presented a video message to the committee in which she reported “dangerous conditions” prevalent in the country for the LGBTQI+ community.

An earlier poll conducted by GLAAD had shown that 48% of LGBTQ people in the country are concerned about their safety under the “current political environment”.