Although Christmas remains the biggest time of year when retailers pull out all of the stops and spend most of their marketing budget on advertisements and commercials starting in early November, Pride Month is slowly becoming a mainstream retailer’s first chance at getting LGBTQ consumers to spend money in June.

Suddenly, giant retailers such as Target are no longer afraid to market to a community that has been absent from the national commercial machine for decades.

It wasn’t that long ago when companies were afraid to cater to the LGBTQ community for fear of consumer retaliation.

But in 2001 Absolut Vodka, one of the biggest companies to support gay and lesbians, broke through that uneasiness and created an ad for Gay and Lesbian Alliance Against Defamation (GLAAD). This action introduced a giant company with a recognizable name to local and national publications worldwide. 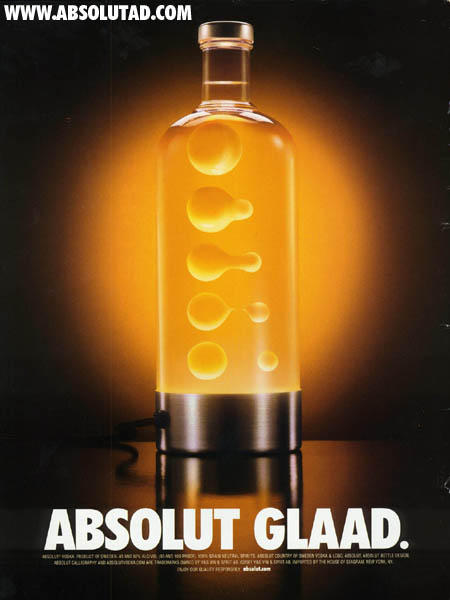 Automaker Subaru also had a big hand in bringing advertising awareness to the LGBTQ public on a national scale at the beginning of the millennium.

Of course there have always been companies that advertise to LGBTQ community with products that are specific and practical to the demographic (lube, condoms, travel). Further, local LGBTQ publications are filled with nearby retailers who understand the value of a dollar spent no matter where it comes from. Yet trying to get bigger companies to take out ad space, let alone create LGBTQ specific products is nearly impossible.

Perhaps the fight for racial equality must repeat itself in order to get bigger corporations to understand that the LGBTQ community also likes to spend their paychecks. In 2013, Cheerios came under attack for running a commercial which featured a straight interracial couple.

Only days after its premiere, General Mills had to shut down the comments section on their YouTube page because people were leaving racist and hateful remarks. And this is 51 years after the Civil Rights Act was signed into law. But General Mills stood by their campaign and it seemed to get more support that backlash.

This year seems to be the one for LGBTQ advertising and branding. It appears that big companies are setting aside large amounts of their budget to not only advertise LGBTQ themed products, but create them as well. Supplies of money are going into product developing departments to design “gay themed” items which feature lots of rainbows and primary colored prints. Also the word “Pride” gets a predominate placement on LGBTQ themed clothing.

Like Cheerios, the banking giant Wells Fargo created a national family ad a few months ago. However this family featured two women who were in the middle of adopting a child. This is a part of the bank’s #WhyIWork campaign.

Although the video has been active on YouTube since April, a recent heavy rotation on broadcast television has made the ad more visible. As a result Christian evangelist Franklin Graham announced that he will remove his money from the banking chain and encouraged everyone else who would listen to him to do the same:

The evangelist wrote on Facebook,“Tiffany’s started advertising wedding rings for gay couples. Wells Fargo bank is using a same-sex couple in their advertising. And there are more. But it has dawned on me that we don’t have to do business with them.”

Despite the condemnation, companies seem to be unconcerned.

As with Cheerios, Wells Fargo did not back down to criticism. The banking chain took a chance with their ad to promote their views on how they embrace diversity with their clients. Other companies seem to be following suit and are coming out of the closet to not only provide services with open arms, but manufacture goods specifically celebrating Pride Month.

Appliance giant Maytag also came out with a bold ad this year showing their support for equality: But, shoes seem to be the biggest comfort item being blitzed through the LGBTQ market in 2015.

For instance Nike, the shoe wear and clothing company released two pairs of pride themed shoes. Their campaign is called the #BeTrue collection and features footwear and t-shirts. Adidas has also made footwear a statement of pride in their Pride Pack line. The white Superstar Men’s Originals have the signature black stripes, but look as though they have stepped into a wet rainbow. 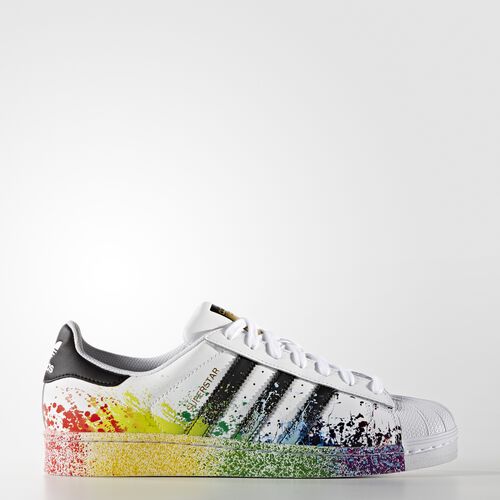 And not to be outdone, Converse re-designed their signature Chuck Taylor All Star style of basketball shoes to feature multi-colored graphics with names such as “New York Pride” and “San Francisco Pride.”

Just as Absolut worked with GLAAD 14 years ago, clothier American Apparel partnered with the Human Rights Campaign this year to create a line of tees and tanks in their Equality Forward Collection

Other companies are also getting into the Pride mix. CB2, Crate and Barrel’s sister company released a pride appetizer plate which features their character “Oliver dude” who embraces rainbow gummy bears on its pattern and is designed exclusively for the company by artist Jana Kinsman.

Perhaps the biggest Pride retail news this year is Target stores’ new line of products and national television commercial. According to the National Retail Federation (NRC), Target Inc., is third only to Costco and Wal-Mart stores for retail sales in America. In 2013, Target came under attack when they reportedly made a large contribution to an anti-gay Republican candidate from Virginia. However last year Target signed an amicus brief, joining many other companies in support of marriage equality.

In a statement, Target’s Vice President said, “We’re making our message loud and clear: Target proudly stands with the LGBT community, both as a team member and team player through all that we do – from our volunteer efforts to our long-standing partnerships with groups like Family Equality Council and Gay, Lesbian & Straight Education Network, to the very products we carry in our stores and online.”

Although Wal-Mart does not have a pride product line, they have recently come out in support of LGBTQ rights. This might be because the country’s largest retail chain knows it makes good business sense to keep a growing sect of consumers happy and filling their parking lots.

In a Rueters report, the chief executive of Wal-Mart Stores Inc. said, “Every day, in our stores, we see firsthand the benefits diversity and inclusion have on our associates, customers and communities we serve.”

In an age where the gay and lesbian community has a louder voice than perhaps ever before, large mainstream retailers are starting to reserve boardrooms specifically to assemble meetings on how to sell to the “pride” community. The word “pride” is becoming synonymous with LGBT. Larger amounts of money are being worked into budgets in order to design and manufacture goods which they think represent the LGBT populous.

The question consumers might be asking themselves in the near future is whether or not they will buy mass commercial items geared toward them, or will they continue to patronize local, gay businesses in order to support gay retailers. After all, the LGBTQ business dollar has been spent in large corporate companies for decades, but never have they been recognized for doing so.

Either way, Pride Month is becoming a big time for LGBT marketing . From clothing to dinnerware, the LGBTQ community is being targeted by companies that are trying to make it clear that they are on your side, fighting your fight, and hope you will spend your money in appreciation of that. They also hope you remember that kind of support when it comes time to check your Christmas list.

Is ‘They’ insane? The awkwardness of using plural pronouns to address one person