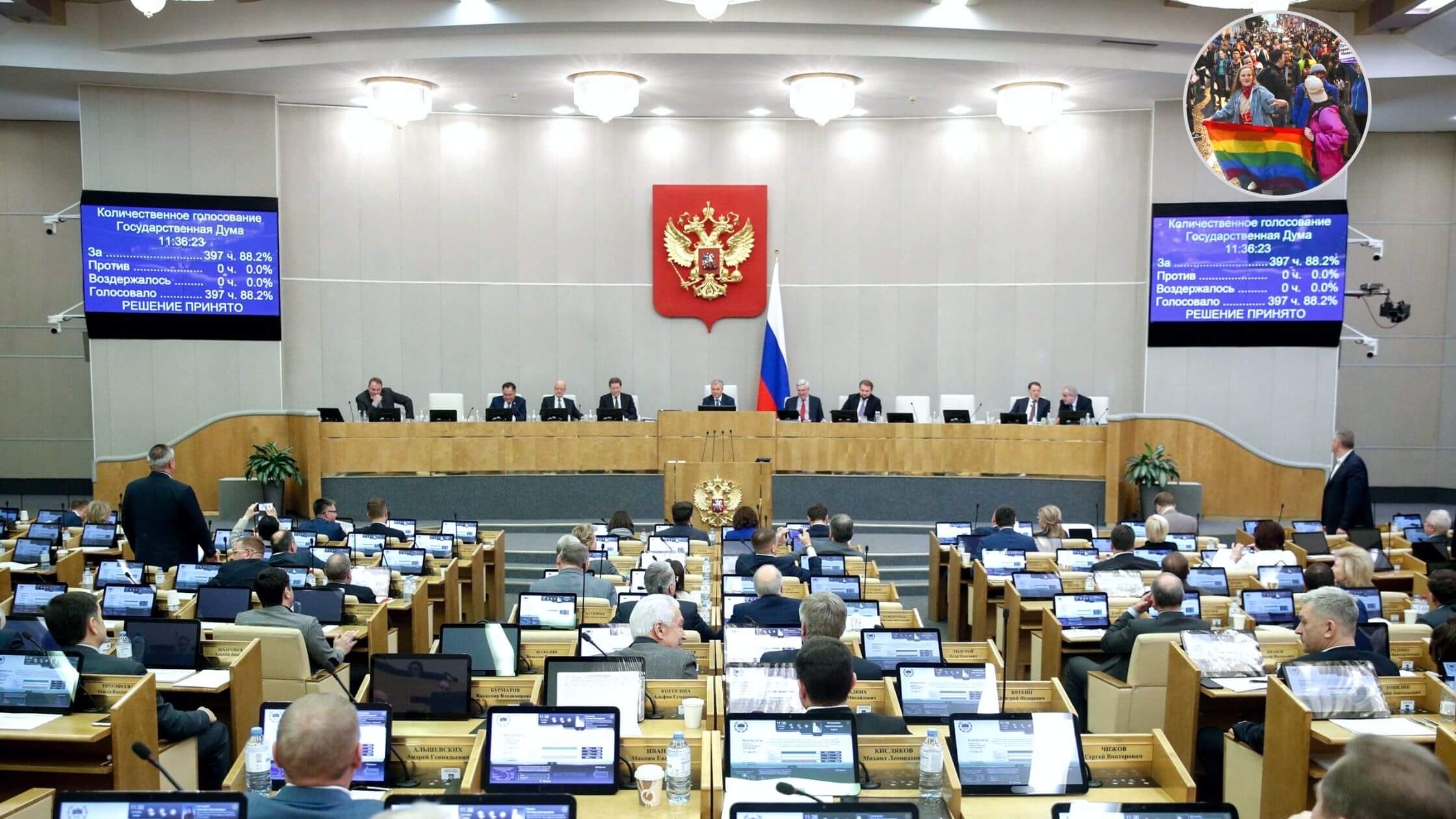 The LGBTQ community in Russia has some bad news as the policymakers of Russia has given their permission for creating new restrictions on activities that tend to “promote” gay rights in Russia. The new bills come as a successor to the “gay propaganda” law that was created by the legislators in 2013 as part of a larger campaign to revive the traditional value in Russia. The new bill makes a ban on how gay-related content can be shared with minors.

The State Duma passed the bill on Thursday

The State Duma, the lower parliament house, passed the bill on Thursday. This has been an ongoing campaign against sexual minority groups in Russia and the stands are only intensifying when the rest of the world is opening up its laws to welcome the LGBTQ community.

According to the new bill, any sort of publicity materials or media-related items that promote the LGBTQ community are supposed to be considered illegal. The punishments for the violation of these rules are basically fines that range from $1,660-$33,000 and if these violations are committed by non-residents then they might face expulsion from Russia. Until now, these violations are not put in the category of criminal activity since it would need an independent law to be passed.

After the split of the soviet union, Russia decriminalized homosexuality in 1993. But in recent years under the Putin regime, the crackdown on the LGBTQ community has been consistent. They are denied permission for organizing pride marches and are constantly intimidated by the state on account of their sexual identity.

Transgenders also face similar stands from the state and on top of all this, the new bill aims to further curb the freedom of the queer community. This new law which was signed by Putin last June called the anti-LGBT propaganda law prohibits any gay materials that conform to “nontraditional” sexual relations, misperceptions of the equivalence of traditional and nontraditional sexual relations, etc.

These terms broadly make it confusing for anyone to clearly specify what exactly is the state targeting and hence the LGBTQ community can be scrutinized for mere suspicion. The term “LGBT propaganda” itself is an offensive term to describe the orientations and preferences of the LGBTQ community. Russia has been sailing backward when it comes to LGBTQ rights and this has been quite evident from past experiences that point out a more targeted attack against the community at large.

The LGBTQ activists and citizens around Russia are deeply affected and concerned about this crackdown and any person who supports the community is also treated as a “foreign agent” and they are even charged with heavy fines using the law. The Council for Global Equality had written an open letter to the Russian government about signing these laws that work against the basic rights of the LGBTQ community and also regarding new laws that were being formulated and passed under the Duma parliament too.

On the other hand, several conservative organizations in the US have welcomed these laws enforced in Russia and they have been trying to encourage these at the United Nations as well. A US-based organization called the Catholic Family & Human Rights Institute is one among those who are trying to push the anti-LGBTQ stands of Russia on the International level for popular approval and action.

Since the advent of these laws in Russia, the number of hate crimes against the LGBTQ community also has increased. The Pride march that happened in Moscow and St.Petersburg was also met with violence and arrests. One of the graver concerns is the inactivity of the police in a lot of instances. Last May, a 23-year-old man was sexually assaulted and killed in what was widely reported as a glaring hate crime.