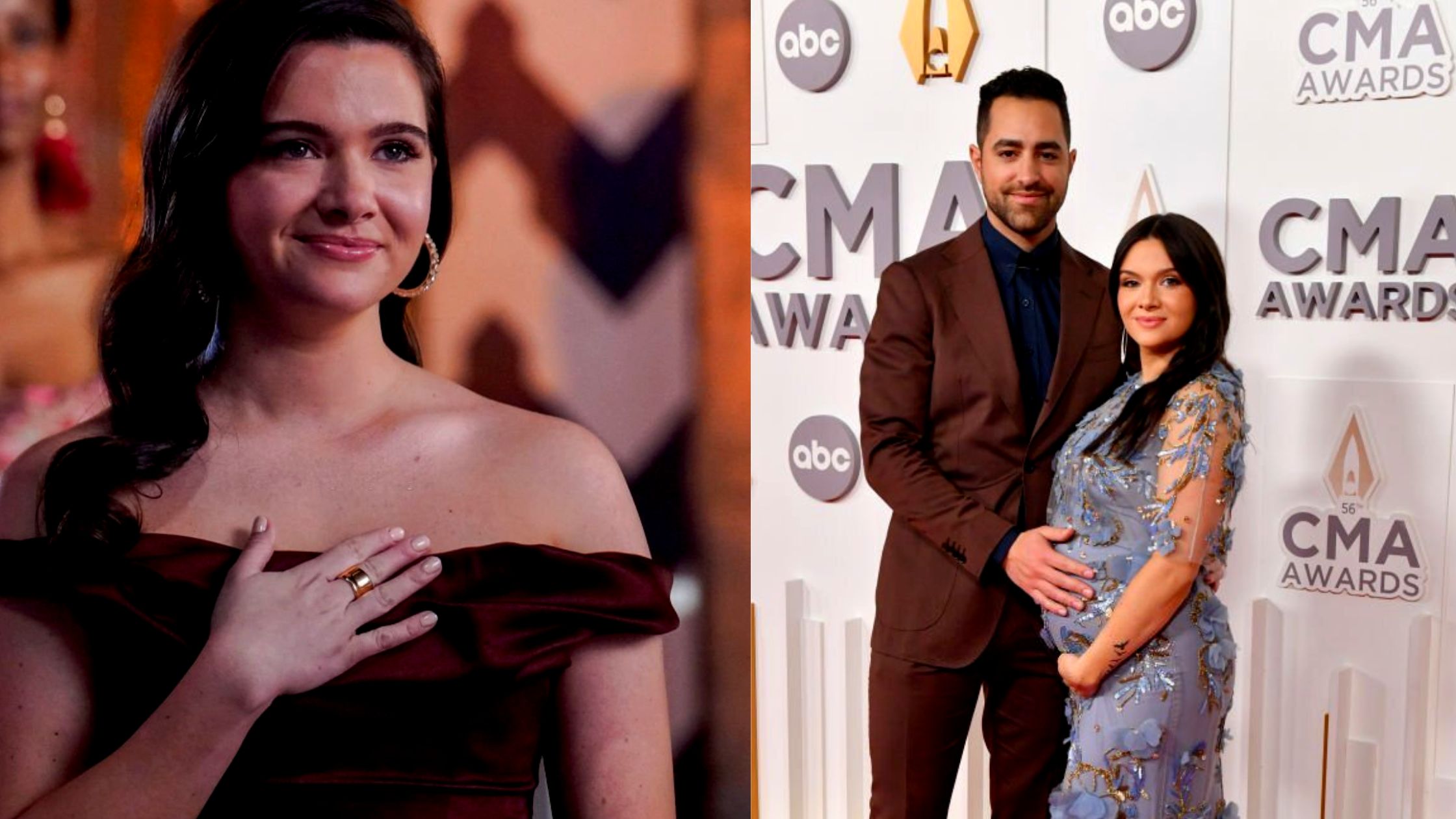 Gone are the days when being pregnant meant that you cannot step out of the house. Now, it is all about flaunting and owning it! Every celebrity, social media influencer, and socialite is flaunting her baby bump and feeling confident about it. pregnancy is a part of life and it is a beautiful journey. That’s why the taboo is slowly fading away.

Adding to the list of celebrities is Katie Stevens, the American singer, and actress. The 29-year-old celebrity married Paul DiGiovanni in 2019 and is now pregnant! She was recently seen as one of the protagonists in The Bold Type and was earlier known for her roles in Haunt, Faking It, and Polaroid. The couple dated for five years before getting married in October 2019.

This news was broken to the public at CMAs 2022 Red Carpet Event! There, Katie Stevens was accompanied by her husband Paul and revealed her baby bump. This is the couple’s first child and they are excited.

They walked the 2022 Country Music Awards together on November 9. That’s because Paul DiGiovanni, the music executive was nominated for the Single of the Year. The song was “Buy Dirt” and the singers were Luke Bryan and Jordan Davis.

While browsing through their Instagram, we found the bachelorette days in September when Katie Stevens celebrated the nuptials with her co-stars Bianca Lermieri and Meghann Fahy. Stevens said that her friends organized the bachelorette party and made her feel special. She had the best experience with the best people.

In February 2018, the actress posted a photo on Instagram and captioned it nicely. She wrote that whenever someone asks whether you are engaged or not, you just flash them a sparkle! He also thanked Paul DiGiovanni for being her forever Valentine.

While walking the CMA red carpet, Katie Stevens posed for the camera in such a way that her baby bump glowed. She also rubbed her hands on her stomach and was feeling excited!

This special moment was shared by Paul DiGiovanni as he put his hand on the baby bump while posing for the camera.

The duo tied the knot in 2019 in Nashville. The romantic ceremony was attended by around 250 guests. Nashville songwriter and drummer, Paul proposed to Katie in 2017 on New Year’s Eve and they got engaged then. After two years, they were finally excited to call each other husband and wife. Katie shared in one of her interviews that being married means that there is always going to be protection, support, and love for each other.

In April 2019, Katie Stevens came on the sets of Jimmy Kimmel Live and she said that the duo met while attending Paul’s concert. She was a teenager then and she instantly felt an attraction. But afterward, Paul and Katie didn’t meet for 7 years.

This made the entire connection so special and we are excited for their new journey in life! Katie also revealed in one of her interviews how Paul proposed to her. She said that Paul gave her several letters in 2015. This was when the couple was in a long-term relationship. He asked her not to open the last letter until told her so. That one letter had “Marry Me?” written. A true fairy tale, we must say!

At the event, Katie Stevens was seen wearing a Pamella Roland gown in blue and it had floral motifs, feathered, and golden embroidery details. Paul was seen in a brown blazer suit with a deep blue shirt. The duo looked stunning together!