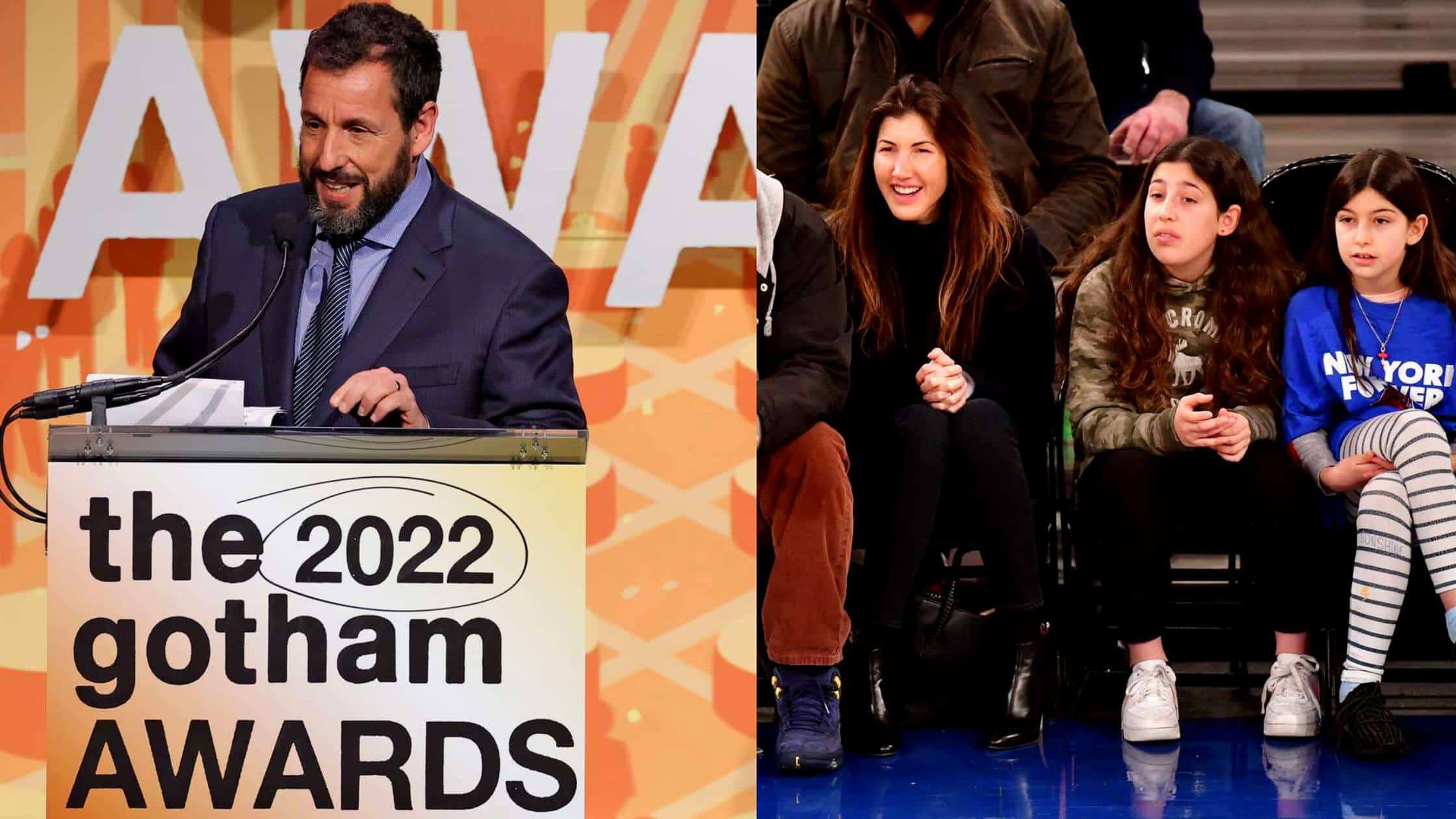 Many times there happens a situation in which parents scold their children because they did not give a good performance on the stage even after all the preparations. But they can commit the mistake too.

Something similar to this happened with Adam Sandler. He has been recently given the most prestigious award. He was acknowledged for his outstanding performances and then gave a speech.

He was felicitated with a performer tribute award in this show, which is considered the most significant achievement of his life so far. To celebrate this, he wanted to exchange his joy with almost all of the audience of the award show.

He started presenting a speech, and all the people, after listening to the speech, were laughing to a great extent because this was the funniest speech of all time.

Most people had a great time listening to him because he did not leave even a single entertainment opportunity. He probably spoke for 2 hours at a stretch, and social media was filled with videos featuring his speech.

What Was The Speech About?

The speech was all about his life experiences and the type of challenges to which he has been exposed in his life. He began the speech after giving complete details about his initial life and the different situations that taught him so many different things.

But he preferred a unique approach to the problem, and this way of presenting his entire life justifies his skills as the best comedian in this world.

He did not get severe but only remembered the good memories that his life had given him. But he did commit some mistakes that were pointed out not by the public but by his daughters during this speech.

The next day after the event, he posted on Twitter apologies for the mistakes he committed during the speech because his daughters wanted him to do so. Netizens have been wondering about the sense of humor this comedian has and how he tries to impress people.

Factors To Be Taken Into Consideration

The approach to leaving an impression on the audience is commendable. He specifically pointed out that during the speech, he was allowed to speak whatever he wanted. Still, despite that, he should have been a bit careful about a lot of factors that his daughter has pointed out.

In the first place, he was decent enough to use words like Fucking. Not only this, but also he decided to roast himself with the help of his daughters because, during the speech, he also gave himself the title of the father of the Year. He pronounced it hilariously, but his daughters did not like it at all.

But the biggest complaint that the daughters had from him was that they could not personally attend the event with the father and mother. Instead, they had to listen to him on the television.

They were upset and, at the same time, wanted the father to recreate the speech for them so that they could at least get a part of the experience. Also, Adam posted on Instagram the faces of the daughters, which were very dull, and they did not exhibit any kind of spark that their father had achieved so much.

Adam has decided to host a small party in order to boost the mood of his daughters. According to him, no happiness is complete without them, and this is just a token of love that he can represent.