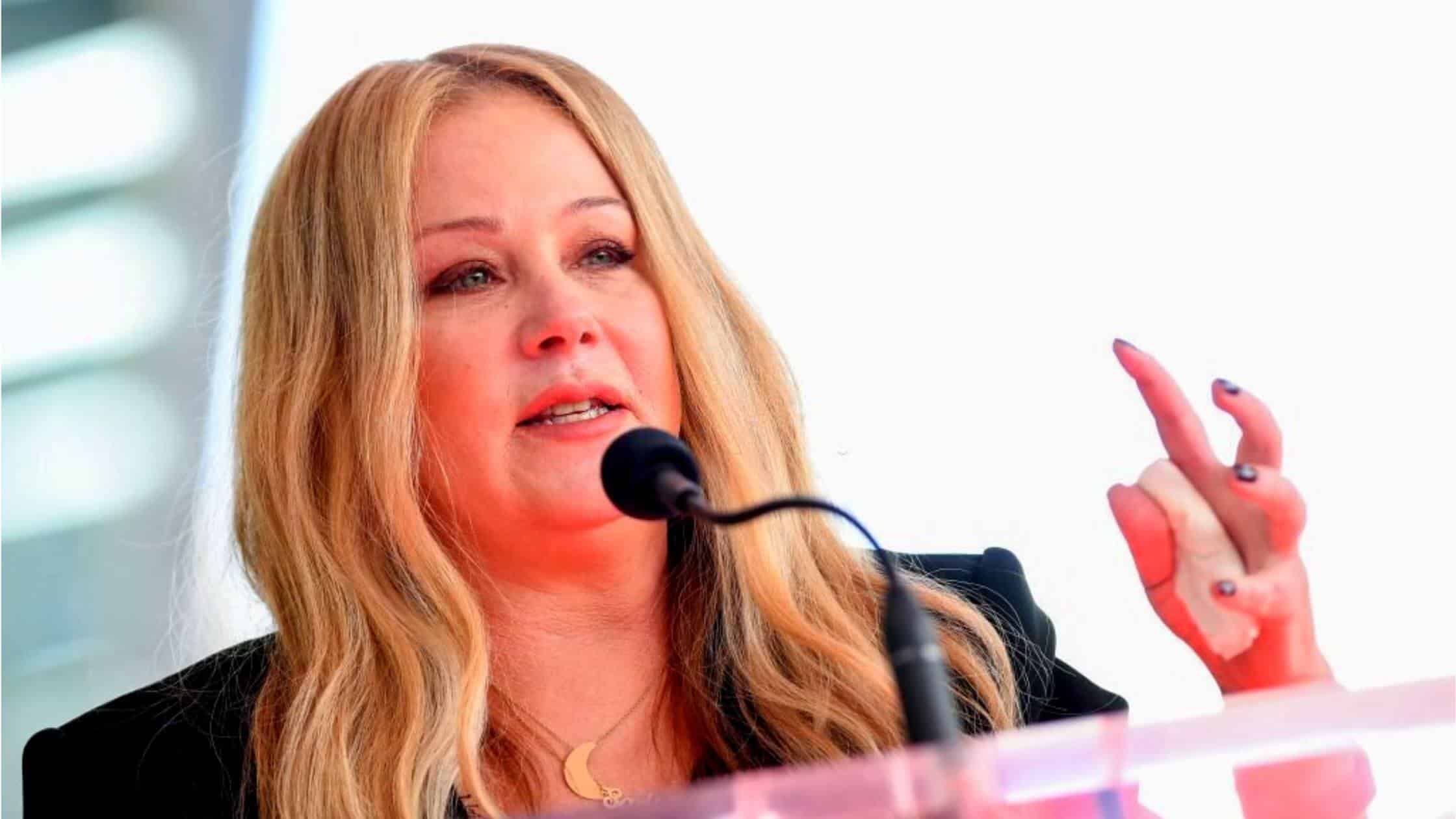 Star of “Dead to Me,” Christina Applegate, was open and honest with her audience when she revealed that she had been diagnosed with multiple sclerosis.

One of the most challenging things Christina acknowledged having gone through was her battle with multiple sclerosis while filming the final season of her popular Netflix series.

It seems that she discovered she had multiple sclerosis while filming the third and final season of her Netflix series “Dead to Me.” There are some major health consequences for Christina Applegate, given the recent diagnosis, and it’s interesting to see how she manages it while juggling her acting career, according to the actress of “The Kelly Clarkson Show,” who made this stunning admission.

The 40-year-old Applegate had no idea she could develop such a health condition, and she and her fans both found it shocking.

Christina said she had known a problem with her physique from the beginning. Her impression was that there had been warning flags for years that she had ignored or given little thought to. In its early stages, multiple sclerosis affects the brain and central nervous system.

Like Christina, who acknowledged that she had been experiencing a few minor signs of the disease for the previous four years, the chronic disease was finally identified in her. The Emmy winner continued by saying that she believed people needed to understand that.

For those who are unaware, multiple sclerosis is an illness that damages the spine and brain. Therefore, it is highly likely that someone diagnosed with it will become paralyzed if they do not receive the right medical care.

The final season, which featured Applegate’s work while battling her newly diagnosed multiple sclerosis, appears to be the only one she has yet to see. Christina has no plans to see it either. The reason is that she would find it too difficult to watch herself labor for the final time on camera, pouring everything she had into the role she was playing. She knew it would be challenging, but she was determined to finish the show.

Understanding a disease takes time if you have just been diagnosed, and Christina is currently going through a similar stage. She stated that she is new to all of the care and medications for multiple sclerosis. Christina struggles to manage the illness while grieving the person she was before her diagnosis.

The multiple sclerosis battle is a tremendous pain in the behind and may be incredibly demoralizing. Even the most straightforward tasks could be beyond one’s abilities. However, Christina appeared to have plenty of support because her cast and crew came together to stand by her.

When deciding when to shoot the episodes of the Netflix show, they always took her health into account and showed her a lot of kindness.

Christina claims that this will likely be her final production, though, as her body doesn’t seem to be able to work up to 18 hours a day, typically required for an actor to devote to work.

Christina also appreciated that no one on the team put any pressure on her to work through even the tiniest discomfort because they all knew the seriousness of her diagnosis. Netflix permitted the entire cast and crew to take a break for a few months.

Christina needed to take a break to focus on improving her ailing health and finding a solution. Thus the break was important.

Throughout the filming process, the Emmy Award recipient experienced severe discomfort. It will undoubtedly be noticeable to “Dead to Me” viewers if we get to watch her show.