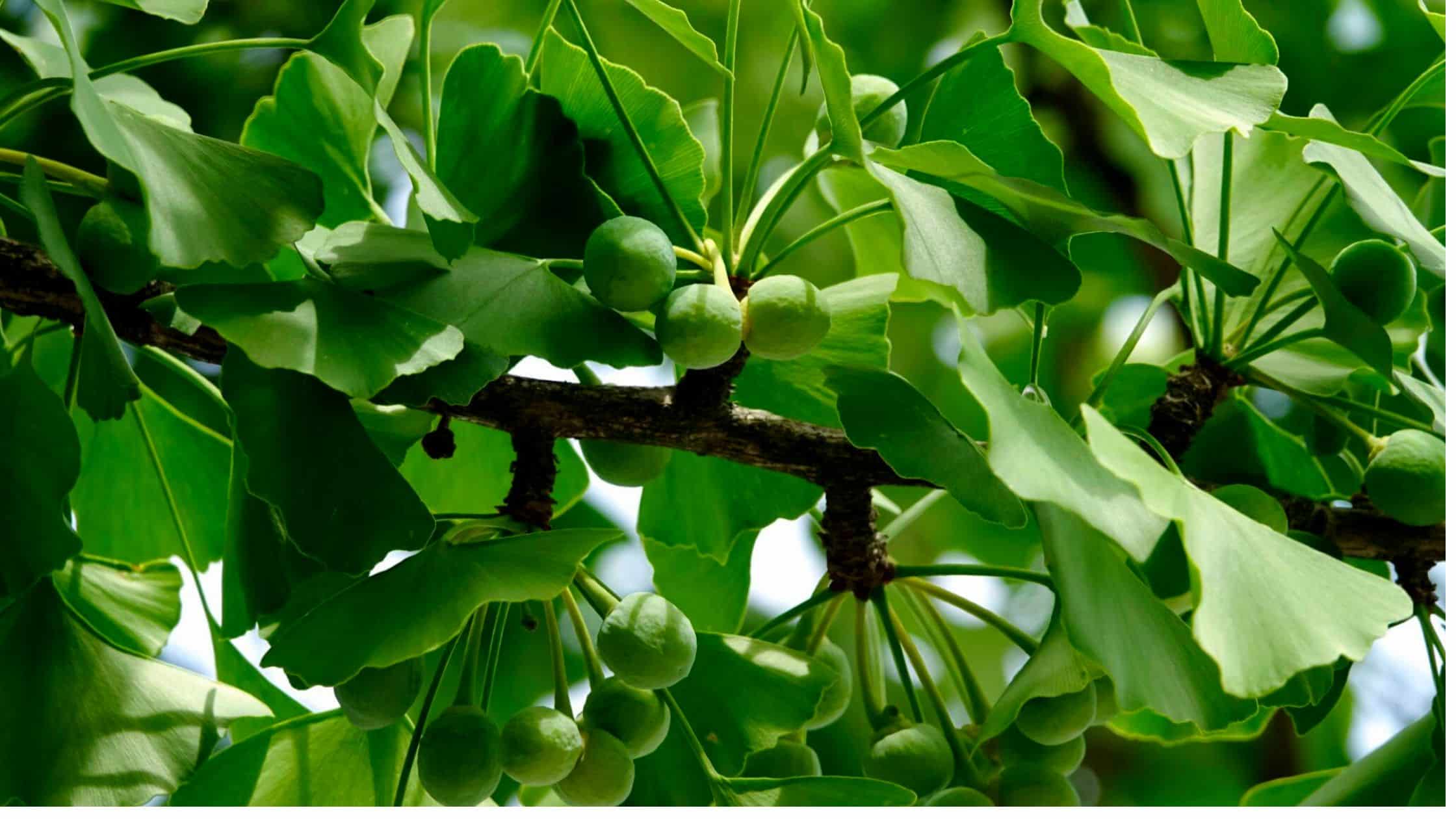 Ginkgo, more scientifically called ‘Ginkgo Biloba,’ is a deciduous gymnosperm plant belonging to the family’ ginkgoacae’ and commonly found in China. In many ancient Chinese and Japanese scriptures, one can see the Ginkgo plant as an ornamental plant famous for being highly insect and cold-resistant.

According to the ‘IUCN Red List, ‘Ginkgo Biloba’ is considered an endangered species. Currently, it is threatened in the wild but can widely be cultivated in the farmlands of China and Japan.

Another interesting factor that makes Ginkgo interesting, apart from its medical miracles, is that the plant is often termed a ‘living fossil’ because it is one of the last members of an extinct family named ‘gikgoacae.’

As per the ancient manuscripts from China and Japan, it is clear that Ginkgo had other uses apart from just being an ornamental plant. Ginkgo was also sometimes used as an essential medicinal plant that can boost one’s memory strength, treat Alzheimer’s disease of the brain, and much more.

Here we will discuss some of the benefits and risks of using ‘Ginkgo Biloba’ for its medicinal effects.

What Is ‘Ginkgo Biloba’?

Ginkgo is one of the oldest species of a now-extinct gymnosperm family and is commonly termed a fossilized plant. Biloba has a lot of medical characteristics that are known for curing several ailments in the body.

According to research, the main factors that justify the miracle nature of ‘Ginkgo’ is its flavonoids which are present in the leaves and are known for having powerful antioxidants and terpenoids which can enhance the circulation of blood through dilated blood vessels and also can reduce the chances of clot formation in the body.

What Are The Benefits Of Using Ginkgo Biloba In The Body?

Although the ancient Chinese manuscripts state that consuming all of the ginkgo plants is beneficial for health, in modern times, only the leaves are used for the manufacturing of various ginkgo extracts.

Some research, as well as ancient Chinese manuscripts, states that there are multiple health benefits of using Ginkgo in the body. Some of the positive effects of ‘Ginkgo Biloba on the body include,

1. It Acts as a powerful antioxidant.

Ginkgo is known for having antioxidant solid chemical molecules within its leaves that can neutralize the free radicals present in the body. Removal of these free radicals is essential in detoxifying one’s body.

2. Can suppress prolonged inflammation.
Inflammation is when a body uses the immune system to fight foreign pathogens present in the body by increasing its temperature and using antibodies to attack the pathogens.
But, sometimes, the inflammation process can harm the body due to chronic diseases.
Here, Ginkgo is known for reducing inflammation.

3. Improvement of the circulatory system.
Known for increasing smooth blood flow in the blood vessels.

4. Reduction in episodes of dementia and other psychiatric disorders.
Ginkgo is also found to be an effective cure for dementia, as it is known for its ability to boost one’s memory while reducing stress and anxiety.

5. Improves cognitive functions.
Ginkgo is also known for its ability to enhance the neural connections present in the brain.

6. Improved vision.
Ginkgo can also boost the health of one’s eye by regulating the number of free radicals present in the eyes.

7. Acts as a good medicine against migraines.
Ginkgo is also effective against severe migraines.

8. Effective against Asthma.
Ginkgo biloba is also known for its relaxing effects on bronchial muscles, which further allows it to reduce Asthma attacks in a person.

9. Helps in the reduction of PMS symptoms.
According to one college estimate, PMS or premenstrual syndrome can be reduced by nearly 23 percent if Ginkgo is consumed.

10. Treatment against sexual dysfunction.
Ginkgo is also known for treating erectile dysfunction by improving blood flow to the groins.

These are some benefits of using GInkgo Biloba as a medicinal plant.

What Are The Risks Of Using Ginkgo Biloba In The Body?

According to many doctors as well as medical researchers, Ginkgo is a herbal medicine and a plant-based substance on which no extensive research has been done.

Thus, the actual benefits of using Ginkgo need to be clarified to the scientific community. Some also state that the significance of Ginkgo’s effect is due to the ‘Placebo Effect,’ which has been quite harmful to the body over a long time.

Ginkgo is also known for reacting with other drugs that a person might be consuming. Some of these drugs include blood thinners, antidepressants as well as NSAIDs.