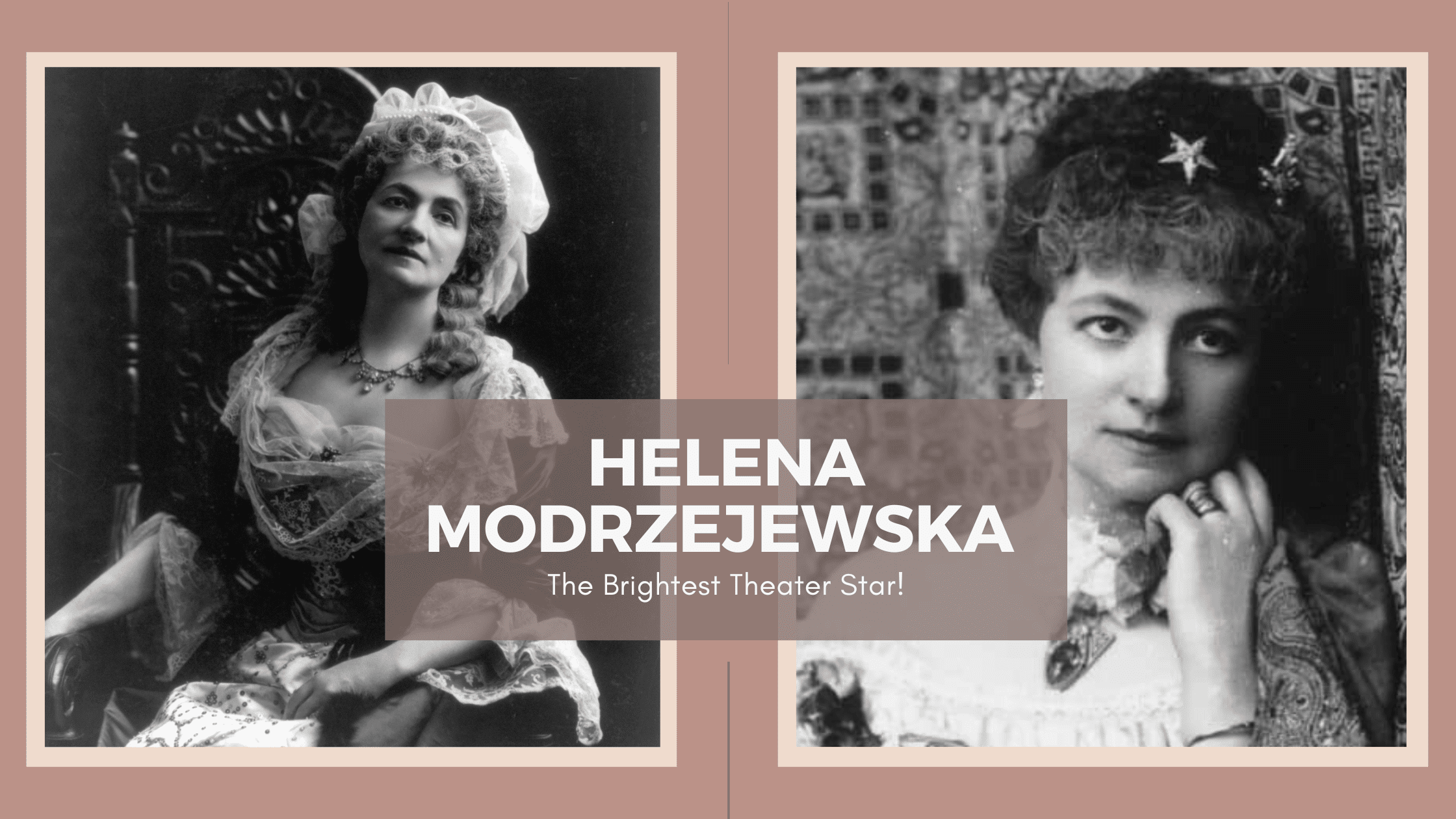 We witness many actors and actresses in the course of our life. Some may be a mark in the entertainment world, while some perish with time. In the early eighteenth century, stage performances and theatre acting were the only sources of entertainment for the people. During these times, one actress who earned fame was the Polish actress Helena Modrzejewska.

Helena Modrzejewska had an inborn talent for acting. From a very young age, she was inclined towards stage acting. Though she had fond memories of her childhood days because of her broken family, she made sure to make a mark in the entertainment world.

Acting for Helena was flawless; hence, even the critics could not find any errors in her performance. She used to be engrossed in music and fine arts as it was her only passion. Her birth name was Jadwiga Benda, but for reasons, she took up the name of Helena Modrzejewska.

Helena made her first public appearance on stage in the year 1882, and it was a romantic drama from a Polish play. In her first stage show, Helena proved herself as a vital artist as she excelled among her competitors.

With time, Helena Modrzejewska soon became the talk of the town because of her exquisite performances. For the next eight years, she worked with passion and dedication and soon became a famous face among the classes and the masses. People thronged to the theatres to watch her natural acting skills.

Time to make a move

Helena Modrzejewska wanted to flaunt her acting skills in other countries, also. There was no doubt that America was her dream as she would get more fame and recognition. Therefore, she planned that it was time to move on to America.

One of the prime reasons was that, at that time, Poland was under Russian rule. So, if you did anything out of the way, you had to face severe punishment. Hence, Helena decided to move to America for a better and free life. She will also be able to concentrate on her acting skills and gradually earn fame and a name.

A new beginning of Helena Modrzejewska

Helena Modrzejewska always wanted to make it big. Therefore, to make her dreams come true, she moved to America in 1877. The platform and the ambiance were new to her. However, when she made her first appearance on the stage, she proved her critics wrong. She won fame from her very first stage appearance in America.

One of the significant breakthroughs that she received while in America was her role in various Shakespeare. Her role in Macbeth is still regarded as one of the finest performances by any artist on stage. Helena excelled so much in the role of Lady Macbeth that she essayed the role more than five hundred times in her entire career. She was so passionate about her acting skills that she used to make a tour of thirty weeks at a stretch.

Some rare facts about Helena Modrzejewska

Helena moved on to America for good as she was unhappy with the ongoing political situation in her country, Poland. She was already well-known as an actress. So, when she came to America, she had fame and a name behind her.

Helena soon made her debut in America at the California Theatre in San Francisco in 1877. Her performance made a substantial impact on the people, and they were in awe of Helena’s fantastic and flawless performance. Success followed as she was invited to some of the most popular venues on the east coast.

Her fame became worldwide, so she was on a three-year tour to England. It was here that Helena Modrzejewska was able to improve her English-speaking skills. Helena received immense experience on their tour to England. After her return, Helena even took on production, producing the first adaptation of a Henrik Ibsen plays in America in 1883. It was one of her most extraordinary contributions to American theatre.

The women’s rights movements across America were impressed with Helena’s fame and popularity. She was invited to speak at the Chicago World’s Fair’s women’s conference in 1893. Helena suffered a stroke in 1897, and she became partially paralyzed. But she recovered soon and made her final appearance in her home country between 1902 and 1903.

Though it has been over a century and a half, Helena Modrzejewska is still remembered as one of the most incredible stars of theatre. She had a personality of her own and a rare in-born talent that could easily mesmerize anyone. She earned fame worldwide and soon became a powerful symbol for many women. According to many, she is a modern-day woman who made it a point to fulfill her passion and dream.