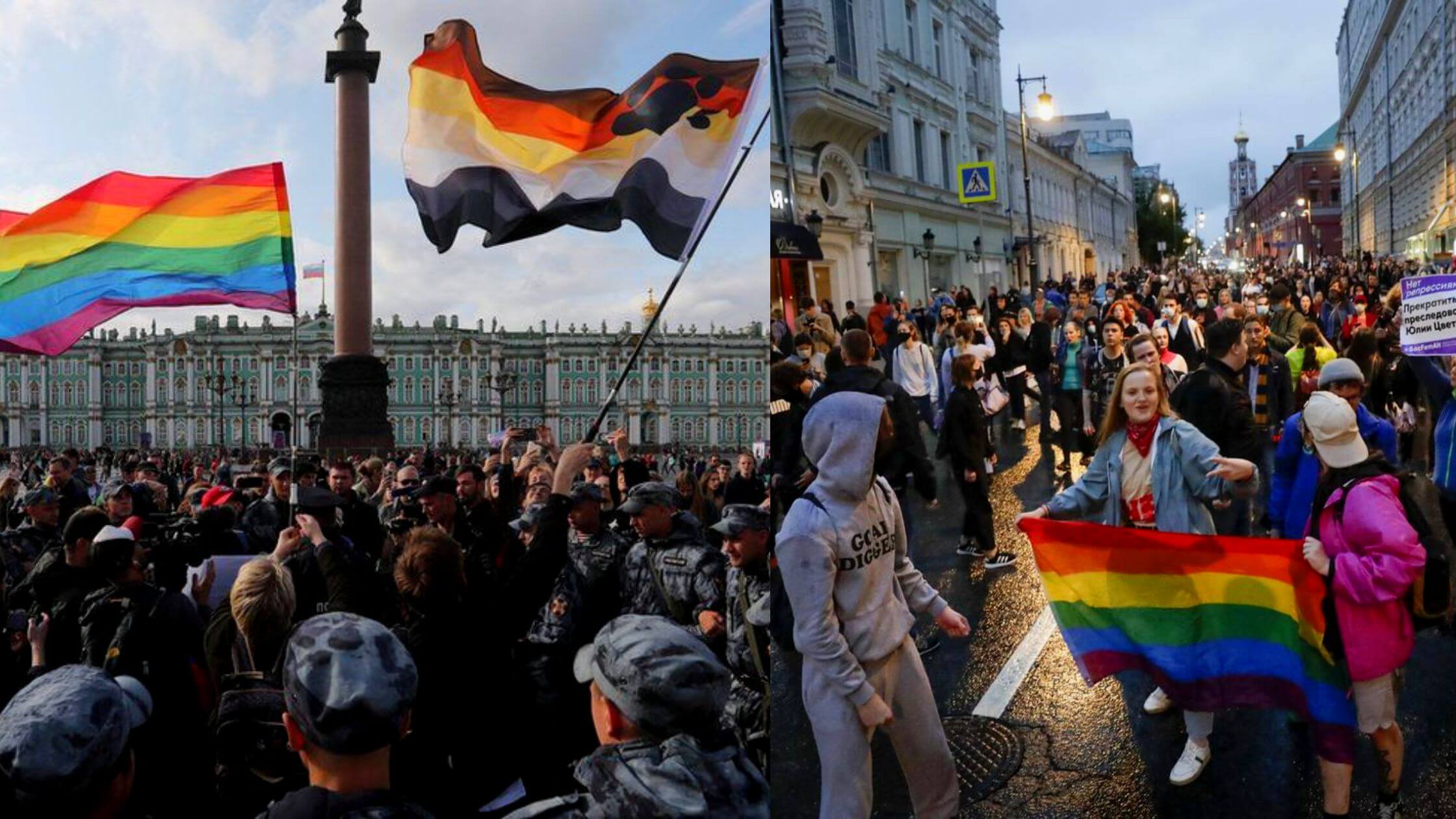 A bill that would broaden the proposed prohibition on the advancement of “LGBT propaganda” was supported by Russian legislators on Thursday. By including people of all ages, the bill forbids the promotion of the LGBT community among children as well.

As a result, some people believe that attempts to brutalize further and terrorize sexual minorities are being made. This bill will impact all media, including movies, books, and advertisements that the government considers “propaganda” for the LGBTQ community. Gay pride marches have already been stopped, and gay rights activists have been detained by authorities using the law as a weapon.

The LGBTQ community in Russia will again face persecution, say human rights organizations, if President Vladimir Putin signs the bill and it becomes law. This bill is just one more example of how Russia has recently been making significant progress backward.

The So-Called Attempt To “Safeguard Morality”

Legislators believe they are upholding morality in the face of Western liberal values that they consider “un-Russian.” Human rights organizations contend that the actions aim to make it illegal for LGBTQ individuals to be represented in public life.

The law contains many provisions regarding penalties and punishment. The proposed law stipulates that citizens could be fined up to 400,000 roubles for promoting “LGBT propaganda.” This came to $6500, a significant fine to pay for simply existing as a member of the LGBTQ community.

However, if they offer assistance, the legal entities could also be subject to fines of up to 5 million roubles. Although there are different obligations and penalties, the law applies to foreign nationals. According to the proposed legislation, Russian authorities would deport foreigners found guilty of crimes.

Missing From The Bill Is An Interpretation Of “LGBT Propaganda”

The phrase “LGBT Propaganda” has been used in a highly ambiguous tone and could give policymakers the power to punish anyone without disclosing the nature of their offense. As a result of the bill’s ambiguous language, according to human rights organizations, the government will censor all forms of queer expression.

Igor Kochetkov of the Russian LGBT Network was enraged that he could not share his opinions on the bill. He reportedly told the sources that the law is absurd and part of a more extensive campaign against anything the government considers “western and liberal.” The new legislation still requires Vladimir Putin’s signature and approval from the parliament’s upper house. The legal authority will then be granted to it.

In Russia, How Far Along Are LGBTQ Rights?

Russian homosexuality was once legalized in 1993. In Russian society, particularly among orthodox Christians, homophobia and marginalization are still rampant. The nation receives a poor score for LGBTQ inclusion in European countries, coming in at 46 out of 49. By way of the regulatory body, ILGA-Europe, this position was made publicly accessible.

Moving forward to 2020, the Russian constitution expressly forbade same-sex unions. According to specific amendments adopted by Russia, marriage is an institution that unites a man and a woman, following the biblical concept of sexuality.

Putin frequently condemns same-sex relationships publicly and has a solid allegiance to the Orthodox Church. Additionally, he has denounced same-sex unions and parenthood by these couples in speeches delivered at the Kremlin.

>Related: Final Ratification Of The LGBTQ “Propaganda” Bill By The Russian Duma!

Additionally, public opinion demonstrates a lack of tolerance for LGBTQ acceptance. LGBTQ activists in Russia have documented numerous incidents of hostility and violence against the community. In the past, state violence and arrests have been a part of Pride celebrations in St. Petersburg and Moscow.

The number of assaults on LGBTQ people has increased across Russia. A 2014 report released by Human Rights Watch found that these assaults have been committed by both private individuals and formal homophobic organizations, particularly since the 2013 law.