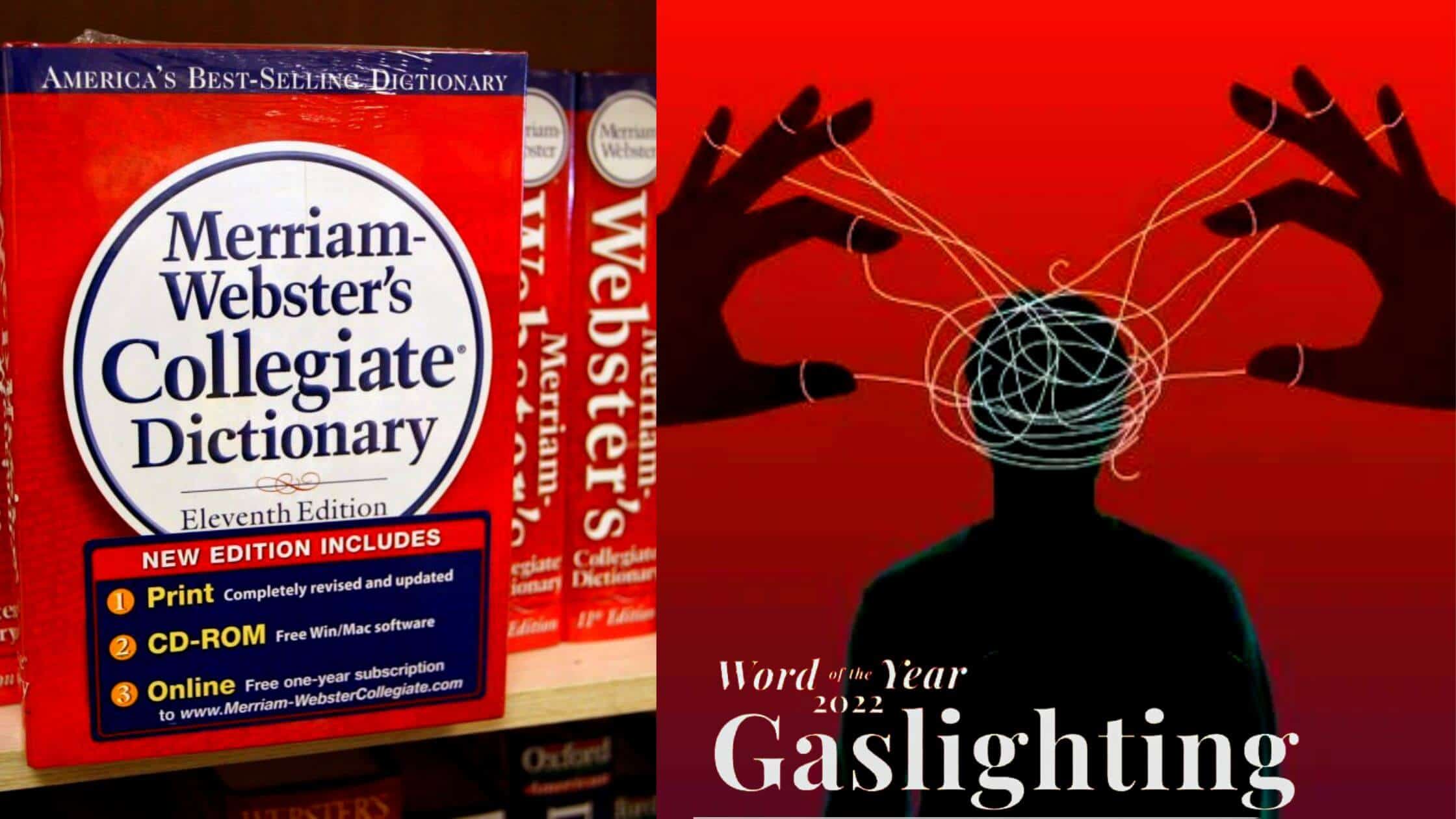 The Merriam-Webster, America’s most trusted online dictionary for English meanings, definitions, words, etc highlights ‘Gaslighting’ as the word of the year.

This online dictionary opts for “gaslighting” meaning physiologically manipulating a person for over a period of time which makes him doubt his own truth, as the top word of the year 2022.

According to the latest reports, Merriam-Webster’s most-looked word, ‘Gaslighting’ increased a notable percentage of its search results in the year 2022. The word seems pervasive.

What Does The Word “Gaslighting” Mean?

The word gaslighting emerged in the English language in a blink of an eye. The sudden rise of this word got noticed by many and started implementing it in their daily usage. Within the last four years, this word got well-noted as there are myriad words available in the online dictionary. The quick popularity and hype it gained surprised millions.

Peter Sokolowski, the editor of Merriam-Webster recently showed up in an interview. In the interview with Associated Press on Monday, Peter opened up every single detail of this and even shared about how he got surprised that made goosebumps. Peter Sokolowski said that Gaslighting got tagged to be the word that scored high in frequency on every single day of the year 2022.

In this emerging world which is filled with misinformation, trolls, fake news, etc, the word Gaslighting has found its own niche in this age of deep fakes. And the word became the right word that can be used in plenty in the right time and era.

In the English dictionary, there are plenty of words that represent the word lie or fraud, both neutral and straightforward which can be used to express your thoughts. But what people commonly use is the word Gaslighting, which favors the word for the perception of deception.

This direct way of conveying your thoughts into words seems only to be achieved via the word ‘Gaslighting’. This is the primary reason why the word earned the top position in the word of the year by Merriam-Webster.

The origin of this word is made from the title of a 1938 play. A movie based on that play depicts a man who constantly makes his wife feel that she is insane. He then performs mysterious activities between them.

The man in the movie dims the gas lights of their house. He then tries to insist to his wife that the lights are still bright and not dimming. This makes her lose self-trust and she fails to believe her own perceptions.

This clearly highlights the meaning of the word Gaslighting. This word then came into being and started being used by the people in the mid-20th century. It is used to express the similar kind of deception well described in the movie.

>More: Best Books To Read In 2022 On The Lesbian Theme

Recently, the meaning of the word slightly changed which came a bit broader than the actual definition. It now refers to the act of deceiving someone for personal advantage. This now matches today’s misleading news that spreads over the internet that makes you believe the intention of the person who is on the other end.

Most of the news that pops over social media websites seems to be real and we trust the person who conveys the message. This will make us think in a similar way just like the man who did it for personal advantage.

Now, Gaslighting is also used to describe the lies that are part of a master plan that mislead people in numerous ways. The word ‘lie’ usually takes place between people and the word ‘fraud’, is linked to organizations, Gaslighting can be used between anything regardless of the context.