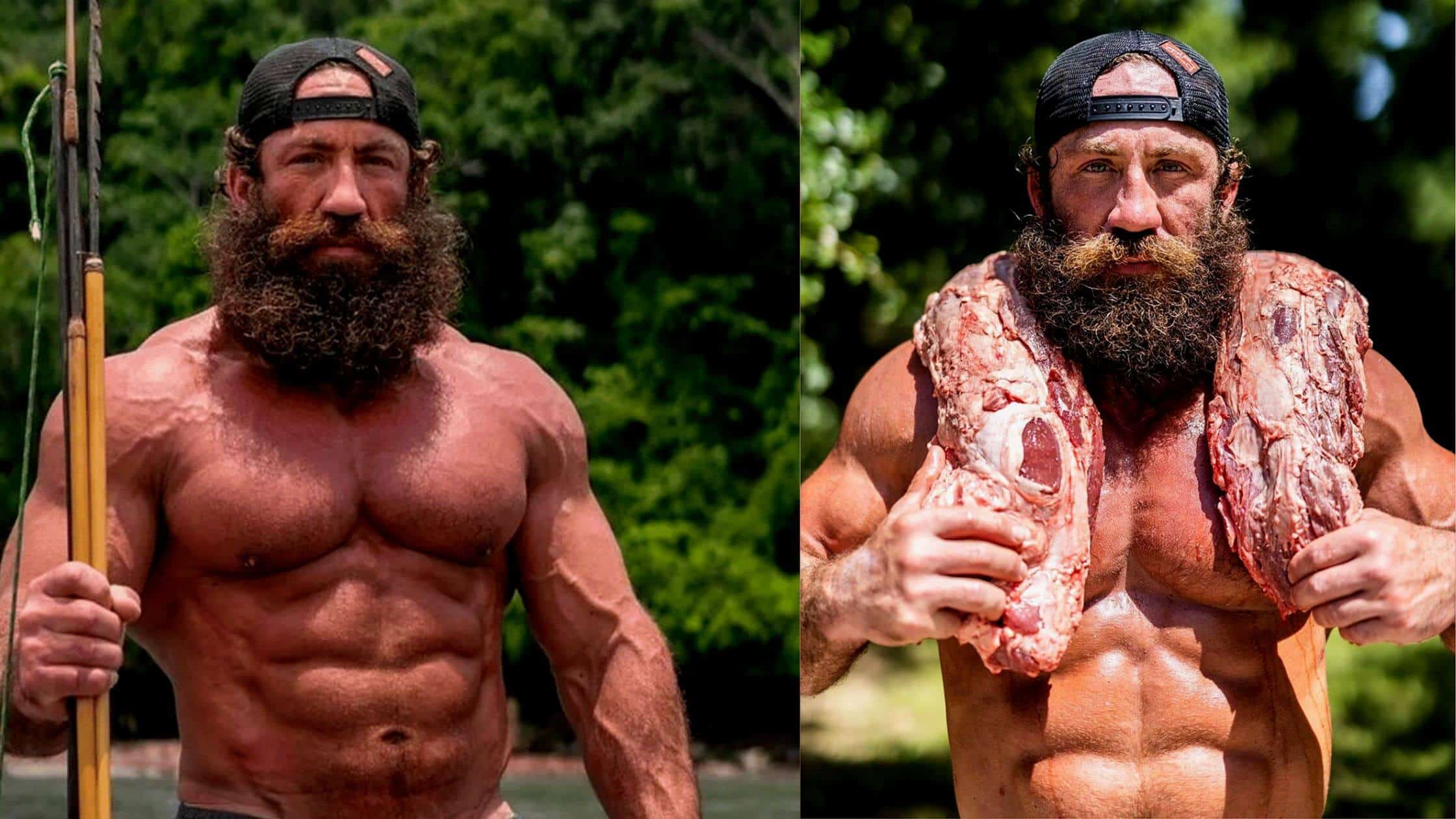 Brian Johnson also called Liver King and known by that name to millions, on the internet has made it to the headlines once again. He has made a huge fortune by showcasing his ancestral lifestyle online.

According to him, he feasts on livers for a better body. All those people, who live to reach their fitness goals, may know about this man, Liver King. He is in favor of raw meat on camera. The social media influencer has one of the best bodies in the business, and there are many who are just baffled by his physique.

He follows nine ancestral ways of living, and that probably was the secret to his shredded body until a few leaked emails brought forth some bad news.

Liver King, aka Brian Johnson, always boasts that he follows the ancestral way of life. And that includes gorging on raw meat and livers. Moreover, he has even sworn that he has made his shredded body, out of nothing but raw meat.

According to Liver King, if every human sleeps well, he can get closer to fitness. It is the only time when the body rejuvenates and relaxes. And, he swears by it, it seems.

Moreover, his second tenet of eating well is very obvious in his videos. He talks about eating big animals. And, he simply devours every part of it.

According to Lover King, his ancestors must have been vegetarians. But times have changed, and so have eating habits.

Liver King also encourages all his followers to move around a lot. Fitness seems to be an important part of this social media sensation’s life. And, he swears by it. Shielding his family is another tenet that keeps the sensation going.

Connecting with nature is another one of his wonderful tenets. Moreover, he also stresses living in the cold and underneath the sun. The Liver King believes that the sun is central to civilization.

Moreover, it also maintains the circadian rhythm. He also encourages one and all on social media, to fight for what he believes to be right and just. But a leaked email can change a lot of things for the millionaire sensation.

Liver King is now in the latest news, for the wrong reasons though. Derek, who runs a YouTube channel named ‘More Pilates More Dates’ has released a controversial video in which he claims that the social media fitness sensation has more steroids in his body than natural ingredients.

He has made an hour-long video on this reveal. It is nicely titled. ‘Liver King Lies’. It is all about a leaked private email that seems to have done a lot of harm. According to the YouTuber, the Liver King spends at least $10,000 on steroids every month.

Moreover, it is not a small quantity. The list of substances that goes into his body includes Omnitrope, Decca, IGF, and CJC to name a few. In May, last year, Liver King probably connected with a bodybuilder coach and happened to share the list of substances he was taking.

So, it seems that the guy is all fake. He is seemingly making millions annually, through false stories. In the meanwhile, he is pushing numerous products in the health segment with his baffling lies.

Many social media users who have been following his nine ancestral ways, without results, should now know why. Although there is no factual evidence on the matter yet, things do not look too good for Liver King. He is all set to lose his fan following in all certainty.