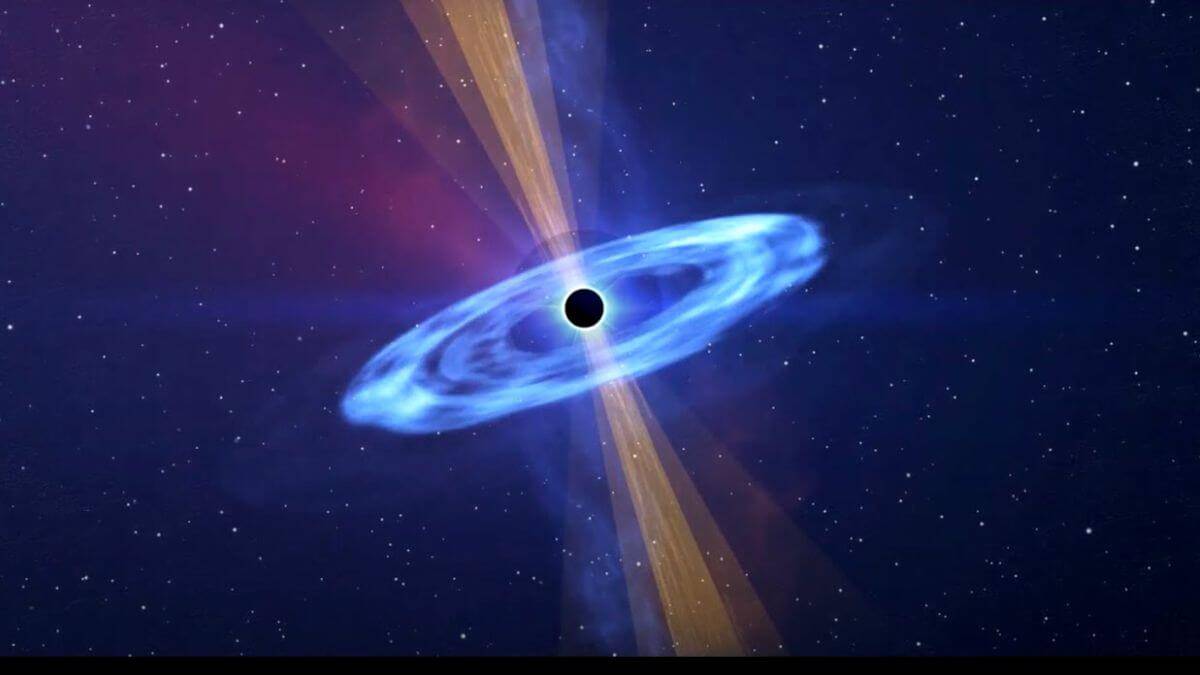 Known as AT 2022cmc, this recent extraordinarily brilliant signal in the X-ray, optical, and radio regimes is a tasty treat for cosmology enthusiasts. In February, astronomers saw a dazzling light at the Zwicky Transient Facility in California. The bright flare, AT 2022cmc, raised greater questions than answers.

It’s one for the pages of history, as per recent research released in the journal Nature Astronomy! With a distance of about 8.5 billion light-years, it is considered to be the most distant event of this kind to date. It was coming from a distance of around 8.5 billion light-years, and it seemed to be emitting more light than all the suns put together. These occasional flashes have already emerged from interstellar space on numerous occasions, as observed by astronomers. But this one stood out as being in a class by itself.

Consuming Its Illustrious Past!

From this TDE, the authors have begun to extrapolate some estimates. They have verified that it is moving with an acceleration of 99.99 percent of the speed of light. Accordingly, the star is being sucked up by the black hole at a rate of half the Sun’s mass every year.

The University of Birmingham scholar and co-author Dheeraj “DJ” Pasham compiled astounding details regarding this extremely rare TDE. His studies indicate that much of this tidal disruption occurs in the early stages.

However, the researchers’ tools and equipment enable them to record this occurrence in its initial stages. The timeframe precision was accomplished by detecting the signals within a week of the moment the black hole began to consume the star.

Since the astounding finding of this glimmer, researchers from all around the world have been working to understand how the brilliant event could have happened as well as what conclusions might be drawn about the nature of black holes. A common misunderstanding is that black holes operate like cosmic vacuum cleaners.

They are infamous for ravenously swallowing up anything in their path. In 1971, the TDE-jet combination was proposed by John Wheeler, a pioneer in the study of black holes. According to his description, it appeared to be a toothpaste tube that was tightly clasped in the middle.

He discusses why this squeezed-out section causes matter to spray from both ends in an easily accessible illustration. Though they appear to absorb all, especially light, black holes actually only absorb objects that pass beyond their event horizon. It describes a procedure in which some of the constituent parts of an object are thrown away.

In February, AT 2022cmc was originally discovered by astronomers. As a result, the source was approached by numerous telescopes using a variety of wavelengths.

This observation used a total of 21 telescopes from throughout the world, ranging from radio waves to high-energy gamma rays. A variety of light kinds were used to collect observational data about the jet.

As far as tidal disruption events go, this jet would be the furthest one ever discovered. The researchers must, however, obtain accurate estimations about its existence for this prediction to be accurate. Its brightness stands out as being particularly stunning. Information can be gleaned from something more easily the brighter it is.