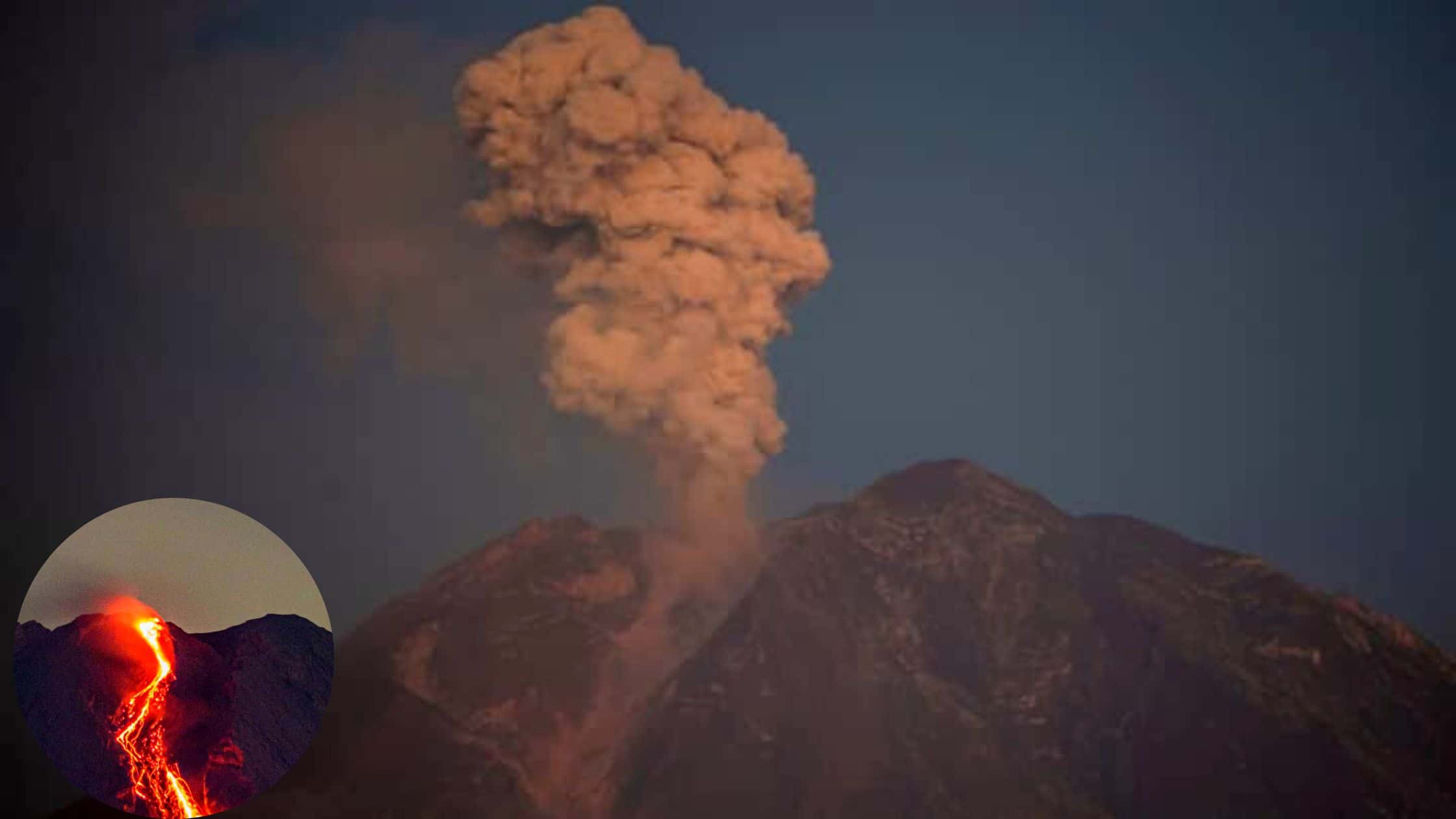 Following the eruption of Mount Semeru, a volcano in Indonesia’s East Java province, last year, at least 14 people died, and hundreds were left homeless. With one of its most impressive eruptions recently, Sumeru has done it once more. According to the government, the eruptions covered homes and roadways with volcanic ash.

According to official statistics, approximately 2,000 individuals in the province of East Java have been evacuated due to this year’s eruption. There is a breath of relief among the authorities and the residents because no deaths have been confirmed so far. The emergency management organization in Indonesia is working around the clock to ensure that the survivors have taken cover in public spaces.

They have set up disaster assistance camps around nearby village halls and schools. More than 20,000 face masks have been supplied by the disaster management team, who are also actively at work. The purpose of these masks is to reduce the respiratory health risks posed by volcanic ash. Volcanic ash is a well-known health risk during any volcano eruption.

Threats From The Catastrophe Are Extensive

The PVMBG, Indonesia’s official office for volcanic research, provided information to the media regarding the size of this eruption’s volcano and its effects. The reports that were provided state that the level of volcanic activity alert is very high this time. It is worrying because they have stated that it has increased to the highest level, 4.

A minimum distance of 17 kilometers should be maintained between locals and the epicenter of Semeru’s eruption. This warning is issued as the volcanic ash has already traveled up to 12 kilometers from the epicenter and is still wreaking havoc on everything in its path.

When the eruption occurred, numerous organizations recorded the plume’s ascent as high as 15 kilometers into the heavens. The eruption may have been relatively loud, but no official reports of a tsunami have been recorded yet.

People Struggle In The Aftermath Of The Eruptions

On the one side, a combination of volcanic ash and monsoon rains are battering the communities near Semeru. On the other, the villagers still struggle to survive the severe weather and the destruction. A local rescue group uploaded several clips that have appeared online illustrating the extent of the volcano eruption’s destructions.

From the volcano could be seen a massive black cloud billowing. The entire village was in complete darkness due to this cloud covering the entire sky and obstructing the light. A hot avalanche is also being sparked by the lava heaps at the top as if that weren’t enough. The 3,676-meter peak is currently overwhelmed by these avalanches, swallowing and destroying everything in their path.

The geological agency is still analyzing the seismological data and has concluded that Semeru is still in the early stages of its eruption. The disaster management team must prepare for any impending eruption with all necessary preparations and mitigating measures.

However, the ash clouds’ size was shrinking, most likely as a result of the winds. Additionally, they cautioned that because volcanic ash has the propensity to travel farther, the surrounding towns and villages may experience a drop in air quality.

A 270 million-strong archipelago called Indonesia is located on the “Ring of Fire.” The Pacific Ocean is surrounded by a ring known as the “Ring of Fire,” primarily made up of plate boundaries and is, therefore, active for tectonic processes, including regular earthquakes and volcanic activity. In addition to being one of Java’s most active volcanoes, Mount Semeru is the tallest at 3,676 meters.

Since Semeru has a long history of eruptive activity, this episode is nothing new. All historical eruptions, thus, according to geological organizations, have Volcanic Explosivity Indexes of 2 or 3. On the other hand, this year’s eruption was much more intense and was given a VEI score of 4.