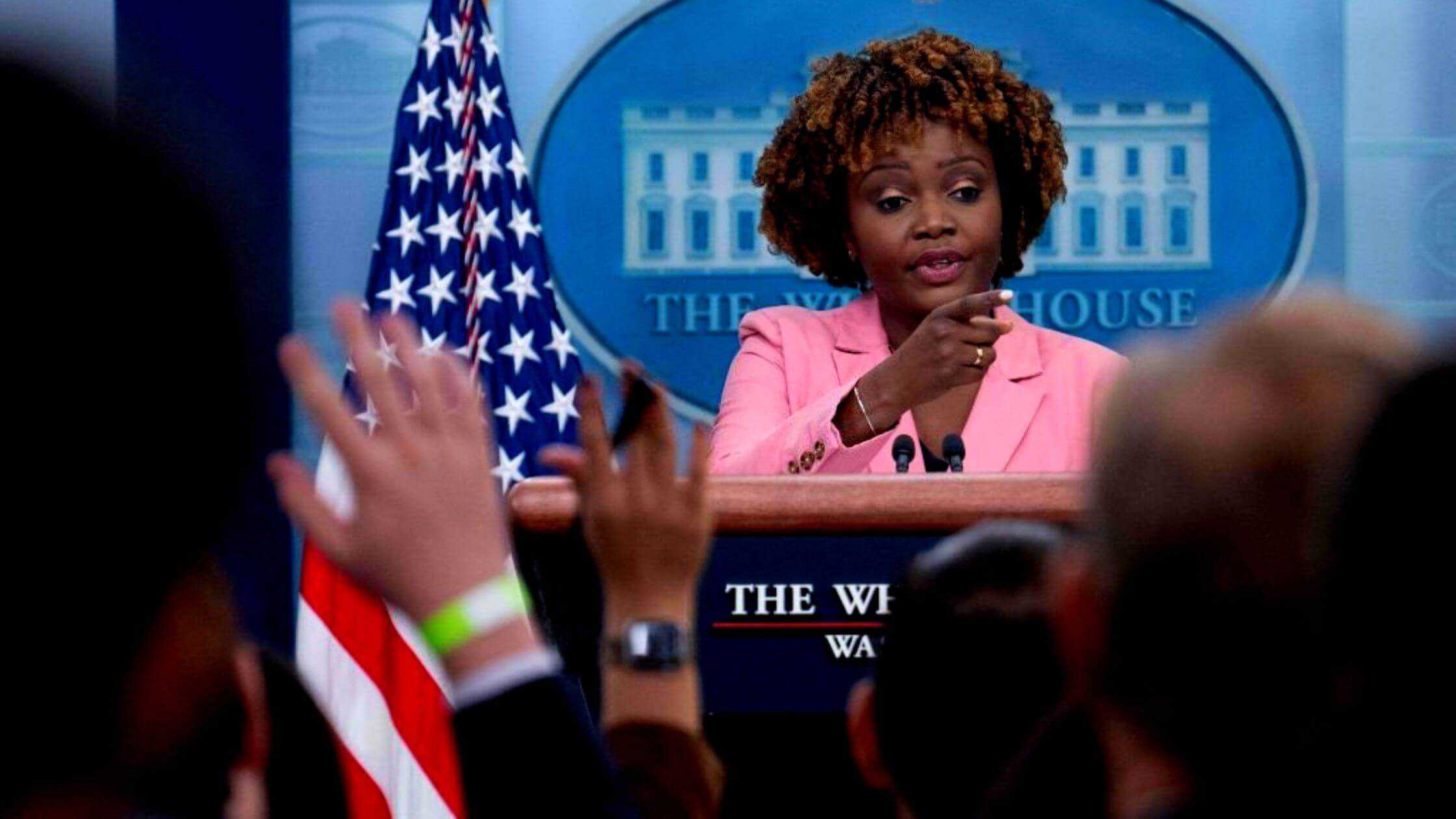 Karine Jean-Pierre, the press secretary for the White House, made a fool of herself this week. Karine Jean-Pierre has attracted notice for reciting scripted responses on multiple occasions. In a repeat performance, she was supposedly captured reading her scripts while addressing the public during daily press conferences.

Moreover, the Secretary jumbled up her statements while performing this task. It was already too late for her to amend herself and appear to be speaking honestly by the time she realized what she had said.

When a journalist inquired about Senator Jean Shaheen of New Hampshire, it became clear that something had happened. The Democrat did not show up that evening to go to a ball. The reporter merely became interested in his absence, and Karine struggled to respond as a result.

Sources claim that President Biden agreed with a plan to move South Carolina’s primary election ahead of New Hampshire’s. According to a reporter, Sen. Jean Shaheen is angry with Joe Biden because he backed a proposal.

According to Shaheen, this has also made her party’s position in New Hampshire precarious. The reporter who had posed the question, along with half of the crowd, was perplexed as she began to respond. Her response didn’t make sense in relation to what they had asked; therefore, they needed help understanding what she was talking about.

Shaheen provided the media with information regarding the 2024 and 2020 elections when questioned about the likely responses and the cause of her absence. This is absurd.

Jean-Pierre went on to say that the Hatch Act is taken extremely seriously by the White House. Furthermore, Karine emphasized with remorse that as the election in 2024 draws near, she should be cautious in her remarks.

Because she serves as a liaison between the government and the media, this is cause for concern. Her words will therefore have a greater impact on both ends of the conversation. She should therefore be genuine and pay attention to what she is saying; it is rather suggested.

Karine spoke about the potential involvement of the White House in the Twitter files during another round of questions and answers with the media. Karine Speaking on their behalf, Jean-Pierre clarified that neither the White House’s approach to content control nor its judgments about the social media platform are affected.

In a direct response, Jean-Pierre informed the reporters that the decision-making process fell completely under the purview of the private enterprise and that the government had no say in the matter.

The response seemed more scripted because it was trying to dispel any notion that the government might have mishandled or interfered with regulating private companies.

But everyone is aware of it now, given the recent revelations from numerous distinguished individuals that point to White House involvement in Twitter content control.

The release of the alleged “Twitter Files” appeared hotly contested. These papers, which contain a wealth of internal correspondence and records, sparked a debate.

These documents were given to journalists and numerous prestigious news organizations by an unidentified individual. Speculations concerning the scope of the government’s involvement in the rules governing social media platforms were made, and they quickly spread like wildfire.

The extent of Twitter’s censoring of conservatives is a subject that is frequently questioned. The White House, however, disputed by stating that they had no involvement through their spokeswoman Karine Jean-Pierre.