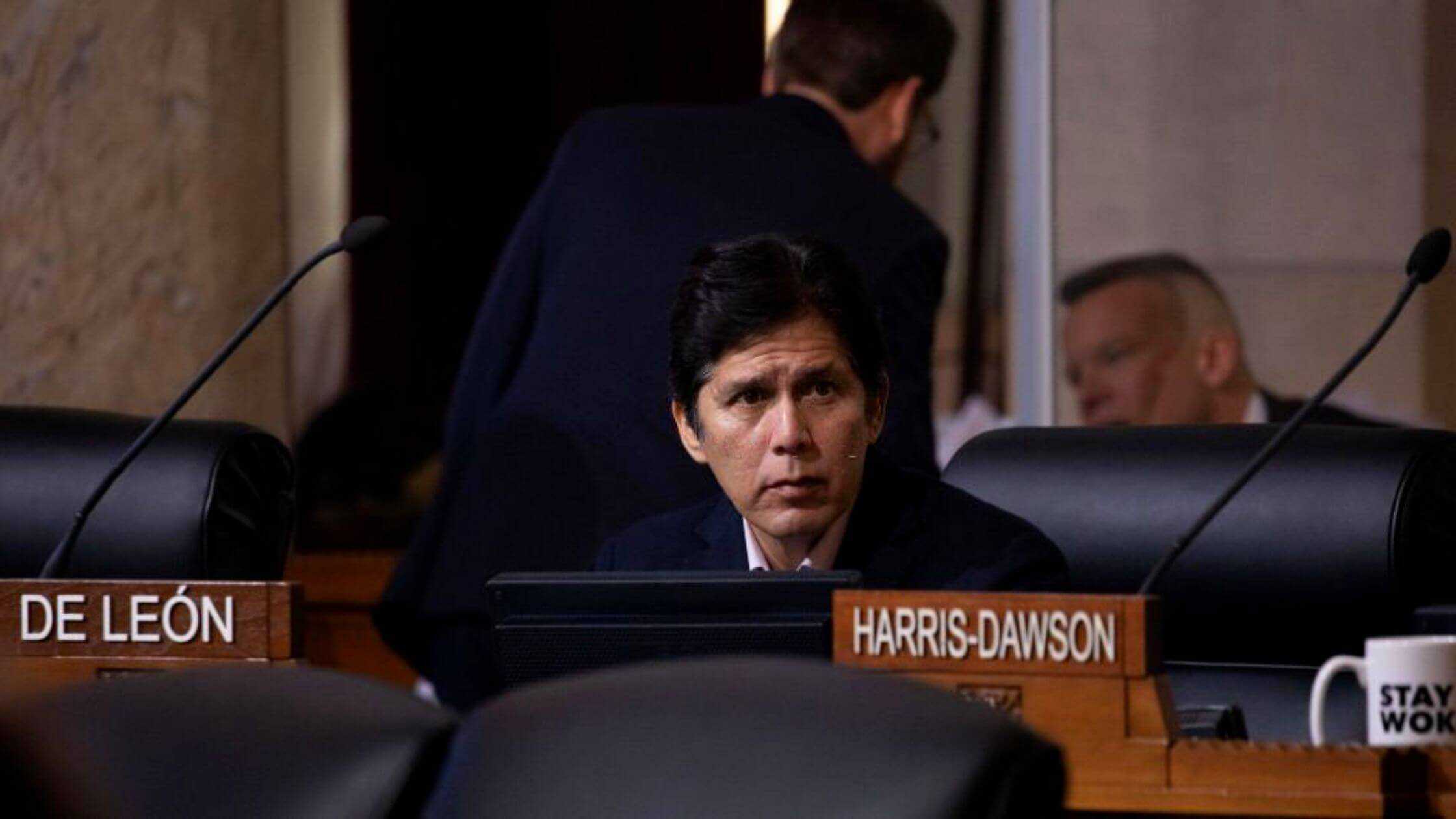 Kevin de León is currently on the go to make a rare public appearance. Kevin de León, a councilman for Los Angeles, was recently seen distributing complimentary turkey in his area. He was, nonetheless, compelled to leave suddenly. You may be wondering why. The reason is that rioters were approaching.

According to reports, Kevin recently made headlines after a leaked recording of him yelling racial obscenities went viral online, and demonstrators do not have it. Since October, they have been pursuing him all around this large metropolis.

However, Kevin was not the only one who garnered attention; other people also did. De León and some of his coworkers may be heard using racial slurs in the leaked recording. It is believed that they are planning to redraw the city’s political boundaries in favor of Latinos as the motivation behind their actions.

De León has stopped attending City Council sessions due to the public’s displeasure following the incident. Even though it appears he made a quick try on Friday, it was unsuccessful. He is currently making every effort to stay away from the boisterous protests.

The demonstration was so severe that he was forced to leave his home. Sources have reported that De Leon only paid close to $1 million for the bungalow last year. He had to flee so desperately, which is a tragedy.

Furthermore, a local women’s group turned its back on him as if those things weren’t enough. A screening of “It’s a Wonderful Life” that the club had hurriedly canceled was discovered, and De Loen was invited as a guest.

The club feared difficulties when demonstrators learned that de León would be there and ultimately postponed their performance that day.

One of the spokespersons, Pete Brown, also discussed the seriousness of the threats and the steps taken to avert any criminal activity at all costs. The decision to employ security to accompany de Leon on various occasions was deemed appropriate because the council members had also received death threats.

Time Is Going Rough On Kevin

Recently, de León attempted to return from exile, but luck was not in his favor that day. There was a great uproar when he finally decided to attend a council meeting for the first time in 59 days. The hearing allegedly turned into strange yelling, according to eyewitnesses.

And as if that weren’t enough, the other council members tried to leave. They remained outside until the break, and when the meeting started, the troubled council member was no longer there. The only ones still present were the detractors still attacking him at the hearing.

De Leon has difficulty since another unpleasant incident was waiting for him that evening. It appears that de León got into a fight at a Christmas gathering. According to the sources, numerous individuals were present, preventing anyone from grabbing their phones to record the altercation.

Others were booing de Leon when he grabbed a protester and pushed him against a table. The activist/protester, Jason Reedy, was later the target of a battery report made by Both de León. The protesters have followed suit by filing battery accusations against de Leon in response.

De León has apologized for the ongoing demonstrations against him. He apologized for his remarks on the recording from October. As a result, he continued to show up in a few media appearances. And he tried to downplay and justify his comments each time he showed up there.

All he is doing right now is trying to hide as much as he can. There were, nevertheless, requests for his resignation. President Joe Biden questioned him about it, but still, here we are. We still live in a world where famous people continue to make fun of others without fear of repercussions.