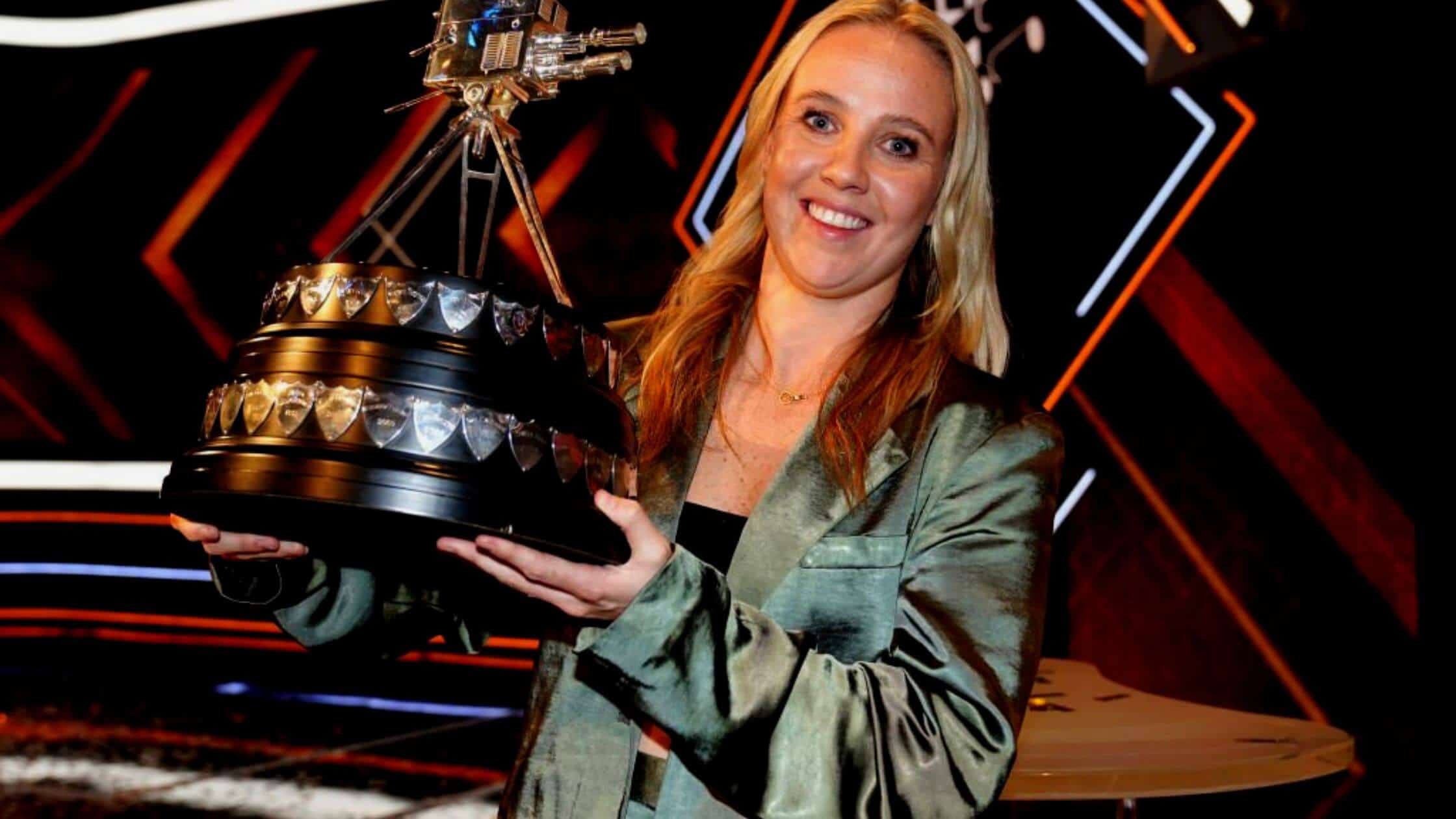 Bethany Jane Mead, popularly known as Beth Mead is awarded the Sports Personality of the Year by BBC. She is an English professional footballer who plays as a forward for the Women’s Super League club Arsenal and the England national team.

Together with Beth, Ben Stokes, the captain of the English cricket team, gymnast Jessica Gadirova, and runner Jake Wightman were also nominated for this award. Outperforming all of them, Beth achieved the honor, and second place was acquired by Ben Stokes.

Her Emotional Moments After Receiving Award

After achieving the Sports Personality of the Year Award, she was speechless and was highly honored to achieve the award. She thanked her team and appreciated them for being the greatest support.

She even said that this award couldn’t have been possible without them. She even remembered to thank her parents and family for supporting her and being a part of her success.

She even added that she’d like to dedicate the award to the cause. She even asked the girls to keep trying hard and push themselves on doing what to them seems right.

In 2021, the Sports Personality of the Year Award was achieved by Emma Raducanu. This shows that two women have won the award successively outrunning men for the first time after 50 afters. The other two women achievers of this honor are Mary Peters and Princess Anne who won the award consecutively in 1972 and 1971.

Beth Mead is one of the many LGBTQ+ players on England’s football team and has won the Golden Boot for most goals scored in Euros and became the player of the tournament. While Beth acquired the BBC Sports Personality of the Year, coach Sarina Wiegman took over the Coach of the Year award.

Beth is in a relationship with Arsenal teammate Vivianne Miedema. She opened up about her sexual orientation earlier this year. She never had to physically come out as a lesbian as LGBTQ+ players are more accepted in women’s football rather than men’s sports.

She is the first female footballer to be crowned BBC Sports Personality of the Year. She believes that by coming open about their sexual orientation, people like herself and Danielle can make people feel more comfortable and proud of who they are.

Last month, she ruptured her anterior cruciate ligament because of this she arrived on crutches to receive her award. She limped to the stage to collect one of the most prestigious awards of her career. She presented a fantastic display of athleticism while playing against Germany and scored 2 goals against one.

The Lionesses are the first England team that won a major trophy in 56 years. Throughout the tournament, Beth managed to score six goals and was awarded the Golden Boot over German player Alexandra Popp. With this performance, Beth managed to get a place in the Guinness Book of World Records for most goals scored at the Women’s Euros.

Beth started playing football at a very young age and was born in the Yorkshire village of Hinderwell. She was born full of energy and to get rid of some of them, her mother entered her into a football team where she was the only girl.

At first, the coach was not sure whether she’ll be able to last long throughout the play. But later after her first game, he said she was much better than most boys on the team. She expressed that she loved playing football while growing up and even wrote it in a piece for England Football.