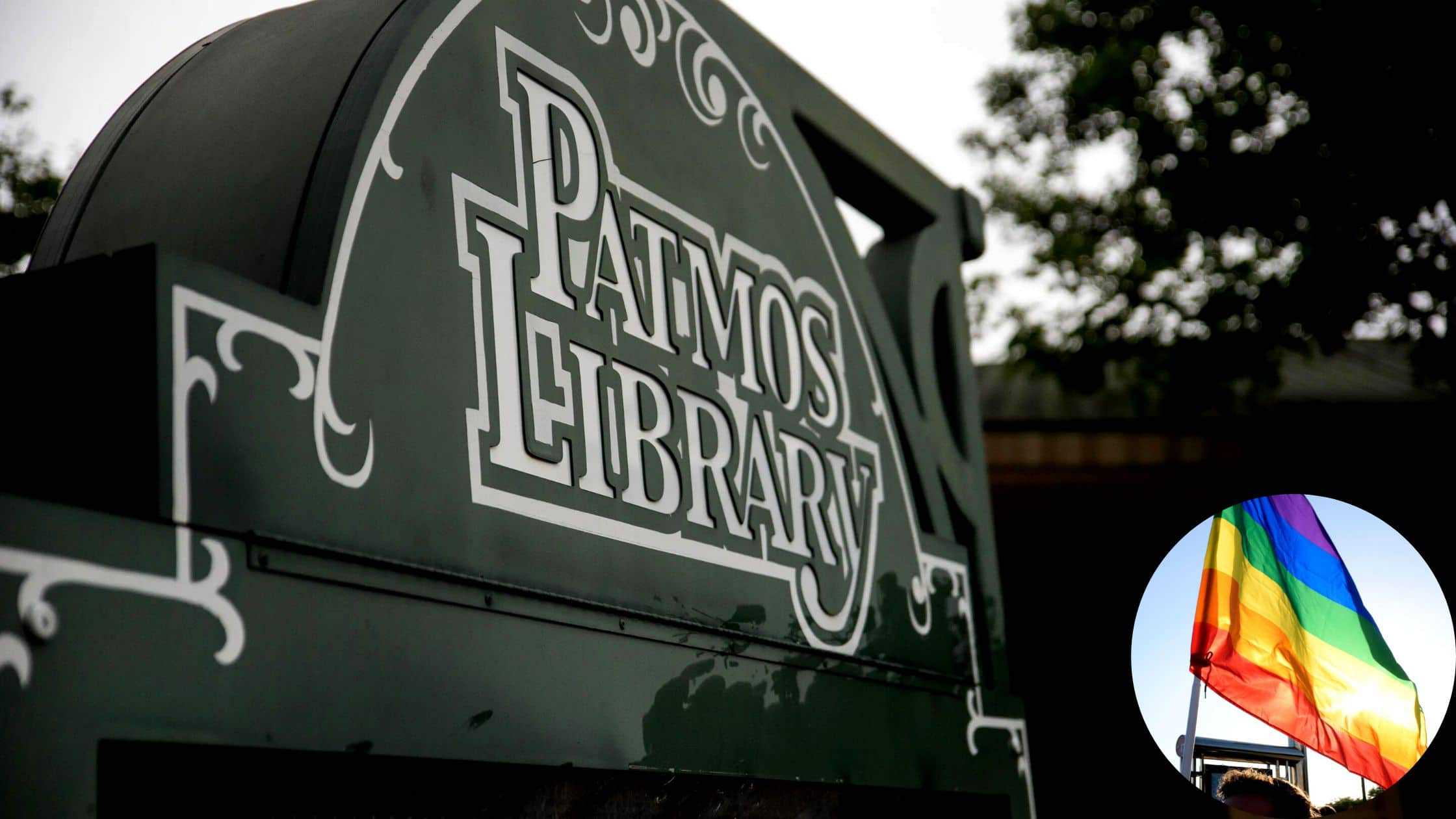 As the rage in the LGBTQ+ community is increasing on a daily basis, it is not only affecting the members of the group but rather normal people are being tormented these days. One such incident was reported lately in Michigan where a librarian was under attack by conservative protests. It is not an incident that happened lately but has been happening for about a year and more.

At a meeting held by the library board last week, the Michigan librarian reached out to the crowd and exclaimed to them that she had reached her breaking point. Her emotional speech blamed the Christian conservatives who were furious about the library’s numerous LGBTQ+ book collections.

The incident took place in the Patmos Library in Jamestown Township, Michigan. The woman in the viral video works in the library for the past couple of years and said that she’s been threatened and cursed. The meeting was held in the library and the residents were speaking about the library’s early closure. It was then the woman came forward and explained to the people gathered why the library is shut earlier than the usual time.

The seemingly elderly woman said that the library has been targeted by the local republicans or conservatives for more than a year. They are furious about providing LGBTQ+ book collections including Spinning and Kiss Number 8.

As per the library officials, only 90 books among the 67,000 books belong to the LGBTQ+ themes. And as per the request, the library agreed on placing the most contentious books including those of the asexual and nonbinary author Maia Kobabe’s memoir Gender Queer on the main desk. So in case anyone wishes to read those, they could ask the librarian directly. But as for the conservatives, such measures were not enough and satisfactory.

As a result, the threats continued against the library employees. And some pamphlets were distributed by some local associations like Jamestown Conservative, which said, “Pray that we can make changes and make the Patmos Library a safe and neutral place for our children.”

With the growing threats on the library, two of its directors resigned as they received hateful messages from the republican residents. And also, the library’s funding got affected badly on the ballot held at the August primary elections. The voters of the election deserted the tax that was used for the betterment of the library. And later in November, the residents of Michigan voted again against the library in order to defund it.

Also Read: Jojo Siwa Claims She Was “Used For Views And Clout” By Her Ex-girlfriend

Last week the library was closed earlier than usual, citing staff safety. And while discussing this, one resident told me that the library board was scaremongering people and lying to them about the threats. While someone else commented that closure is a strategy that is planned in order to exploit public opinion on some distinct problems by creating fear. It was after such comments the librarian got raged and made her fiery speech on the conservative residents.

To all the comments made, she replied that the early closure last week was because of the breaking point. She points out that the staff of the library was threatened and cursed. Also, she made clear that due to the lack of funding, the library can’t hire more employees and because of this she’d been working twice as many hours as usual.

She even asserts that she is saddened by the fact that she couldn’t bring her grandchildren to the library or town. This is because of the signs placed by the conservatives that picture librarians as pedophiles. Since these kids are aware of what a pedophile is, she asked the crowd how could someone dare to do such things when they are not aware of the person being pictured there.

The librarian insists that she is also a Catholic and a Christian and just the same as those gathered there. But not the same as them as she was taught to love her neighbor as she loves herself. Until today, she hasn’t experienced or heard anything of the same from the residents.

She affirms that all are broken because we are human and should learn to deal with it. She added that ever since she moved to the town two and a half years ago, she is regretting her decision every day. She is so tired of the actions of the conservatives and this was continuing for a long time which makes her feel horrific. From her experiences, she became aware that people can behave in such a way, rudely to someone who they don’t even know personally.

She ended her speech urging that she wasn’t raised this way and even after receiving so many threats and accusations all they could do is come back and serve the rude conservatives day after day. And she even appreciated herself for her deed before walking off.

The threats on the library were confirmed to be true by the library board president Larry Walton who said that investigations are carried out by the Ottawa County Sheriff’s Office. Also, as the story gained popularity, donations are flooding the library.