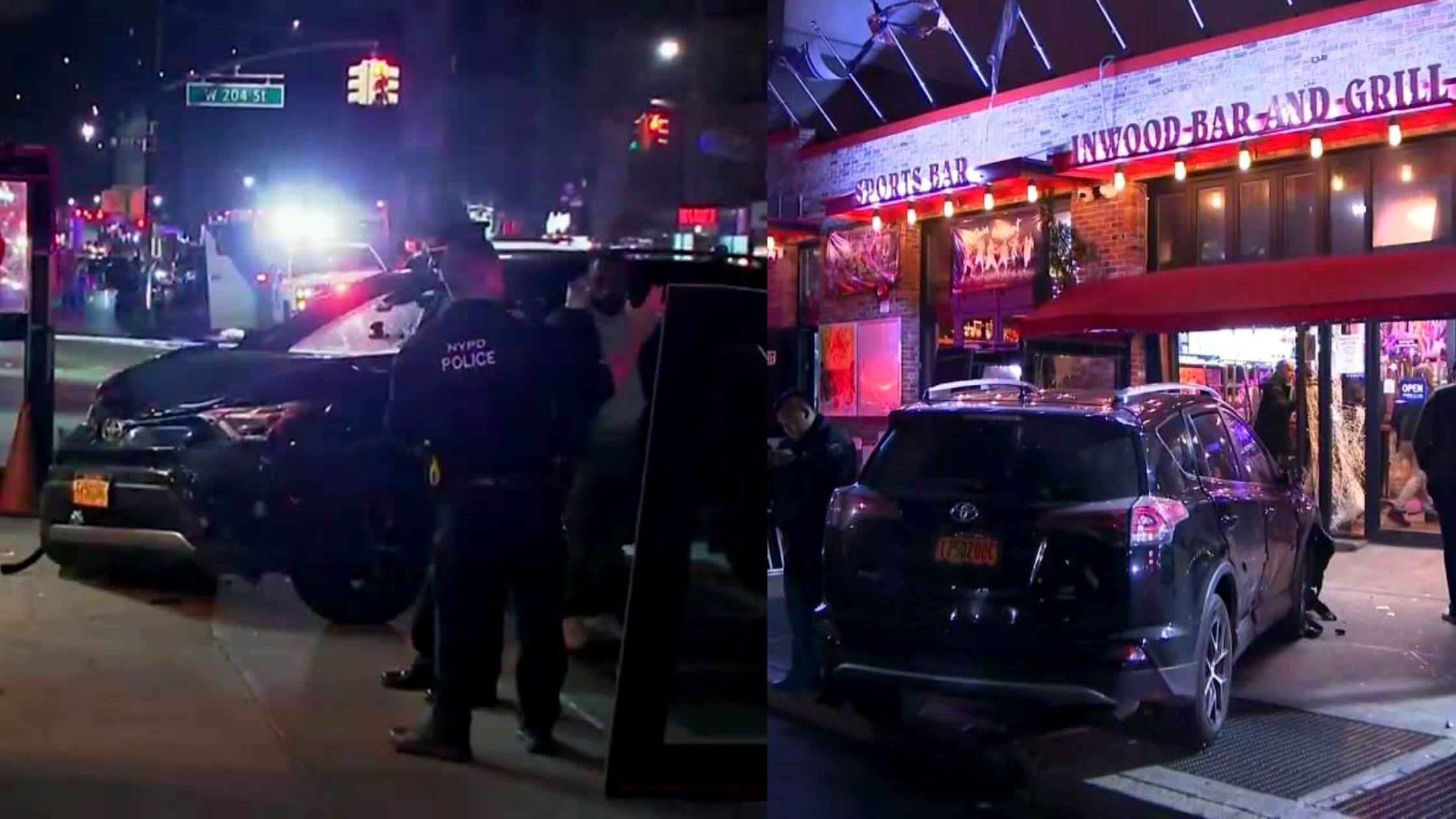 New York: Around 23 people Including three children injured by an accident that happened in the Upper Manhattan sports bar on Monday night. It happened at about 9 pm Monday. Serious life-threatening injuries are not reported yet. No arrests have been reported.

According to the surveillance footage, the reason behind the crash is a white Audi sedan sent the Toyota RAV4 into the Manhattan Restaurant and caused it to crash and injure more than 20 people. The Toyota crashed into the front window of the Inwood Bar and grill and then stopped.

What Actually Happened There?

In a video People crying and scared by the sudden collapse inside the restaurant. Employees of the restaurant ran to help the injured people at the collapsed restaurant.

The Toyota RAV4 was operating an Uber service. A woman passenger also traveling in the RAV4 at that time. The driver of a Toyota RAV4 named Soy Ture (32) and the passenger just escaped from the accident with minor injuries.

According to the reports most serious injuries were reported to a 10-year-old. Her legs were broken and she also escaped from major life-threatening injuries by her luck.

She is taking treatment from New York Presbyterian Hospital Columbia. A 7-year-old child harmed was reported.

The Toyota driver described the collision to ABC 7 that he felt his life was gone at that moment. He feared for his own life because the Audi drove very fast. If the Audi driver has regulated his over speed it would not happen. And he added he will never drunk drive because this is his job he respects his job.

The police has searching for the Audi driver who escaped from the spot. Further information about the driver does not get yet.

The restaurant manager Rudy Espinal commented it was remarkable that no one has life-threatening injuries and no deaths were reported.

The voice of so many people crying was heard while the rescue mission children were also injured but now he was thankful to God. Officials and authorities do not blame the Toyota driver because his vehicle did not directly hit anyone.

The restaurant was damaged by the collapse. The maintenance works are progressing in order. It will soon be opened after completing the work.

Manny De Los Santos the state assembly member commented that Audi had fake New Jersey plates. And he commanded the escaped Audi driver to turn himself in.

The surveillance footage shows the Audi rapidly driving to broadway and it caused the collision.