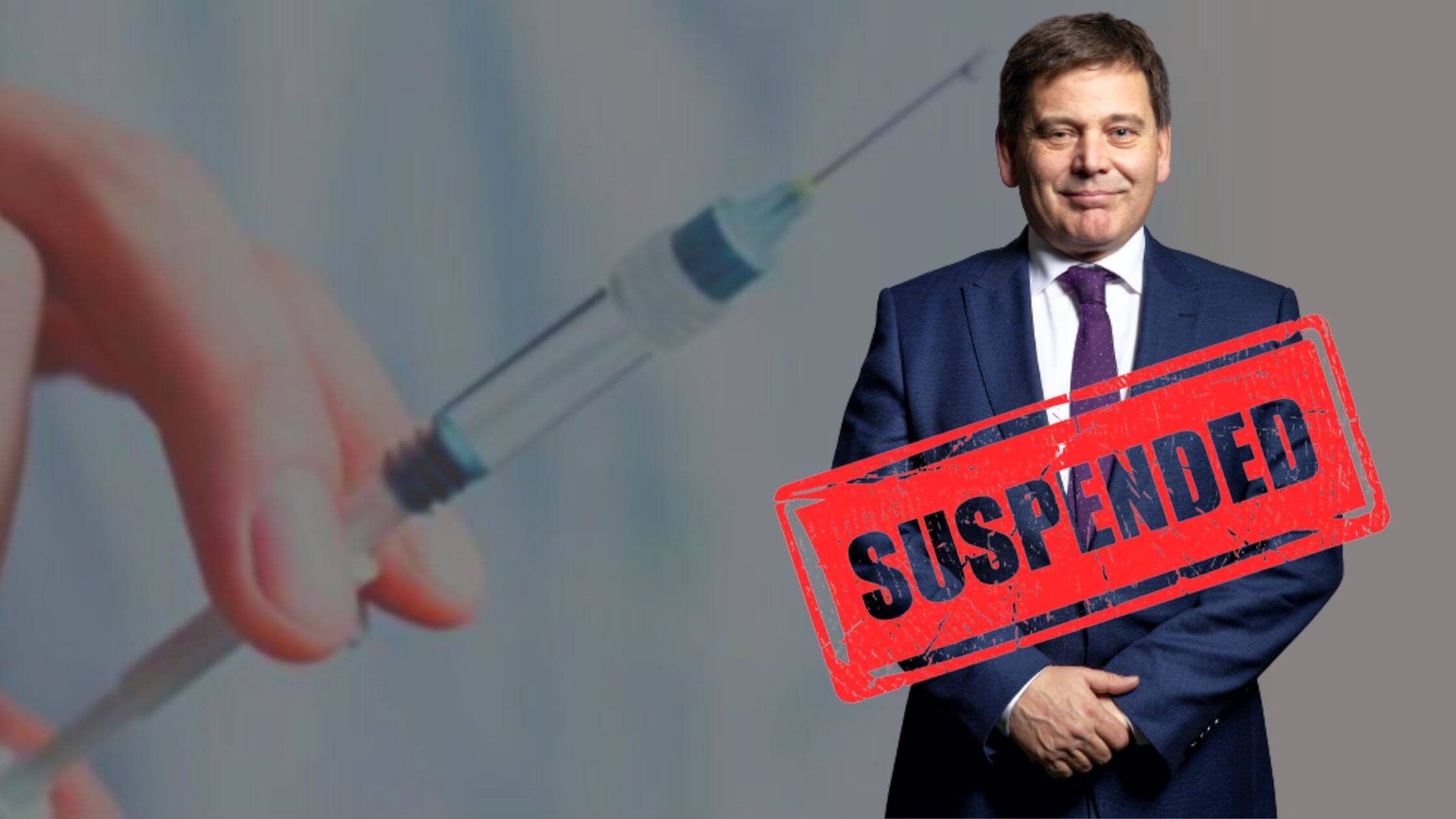 Constituents show their strong disagreement towards Andrew Bridgen’s discourse on the Covid-19 vaccination roll-out and compare it to Holocaust. Independent Sitting MP Andrew Bridgen was suspended from Tory Party.

Bridgen shared his remarks on the roll-out of Covid-19 vaccination through his Twitter handle along with a website link crucial to the connection between vaccination and heart conditions.

And he claimed one of the consultant cardiologists said him that vaccination is the biggest crime against humanity since the holocaust.

According to the Chief Whip, Vaccination has improved the quality of our life after Coronavirus. We have achieved more through vaccination.

Vaccination is one of the best resistance to spreading Covid-19. People all over the world have been vaccinated without showing any adverse impact.

And spreading misinformation about the vaccine from a responsible person will causes harm. The suspension of Andrew Bridgen is as an immediate effect by causing great offense and awaiting an investigation.

Andrew Bridgen was always questioning the Covid-19 vaccination and showing his strong opposite remarks towards it.

British heart foundation criticized Bridger for making false information in the name of charity. He claimed that the charity had helped to cover up the pieces of evidence of the mRNA vaccine effects like inflammation of the heart.

The British heart foundation came with a statement that all accusations regarding vaccination are contradictory. And all the claims on vaccines are accurately analyzed. And it highly contributes to the importance of receiving Covid-19 vaccines efficiently and it can decrease the potential health risks regarding it.

Lord Pickles the UK special envoy also supported the decision of Chief Whip Simon Hart to suspend Andrew Bridgen. Pickles stated that people in the authority have a duty to use language responsibly. They are responsible to use polite language.

And also declared he witnessed many anti-vac groups compare themselves to the victims of Nazis during the pandemic. The intention behind it is not clear but it was completely hateful and it still remains so.

Objections were raised around the world towards Mr. Bridgen against his claims on vaccine roll-out. Karen Pollock the chief executive of the Holocaust Education Trust commented words of Bridgen were highly irresponsible and inappropriate.

The Journal of Medical Ethics also took action against Bridgen for spreading false information about its research.

Read More: Ban For Demi Lovato’s ‘Holy Fvck’ Poster In The U.K. For Being Abusive To Christians

Andrew Bridgen has prior experience in claiming Covid-19 vaccines. He made a statement against receiving vaccines by saying mRNA vaccines are not safe for pregnant ladies and breastfeeding women. It will show the diverse effect on them and highly affect the coming generation.

It is shameful that Bridgen continuously allowed making false information on a World-affecting problem. His actions are shameful and unacceptable. His factless claims put human lives at risk.

Many people came with their remarks on Bridgen’s claims. They spoke against the MP saying he is an idiot and how an MP can say this.

Some opined that the sooner he goes is the better and he should not our MP. People lost trust in him and he does not deserve any respect.

Some people supported him by saying to give him another chance and that this is a terrible time for him. And they are against the Dismissal of their MP by mentioning the replacement could be worse. Some justified his claims by saying that everyone will make mistakes.