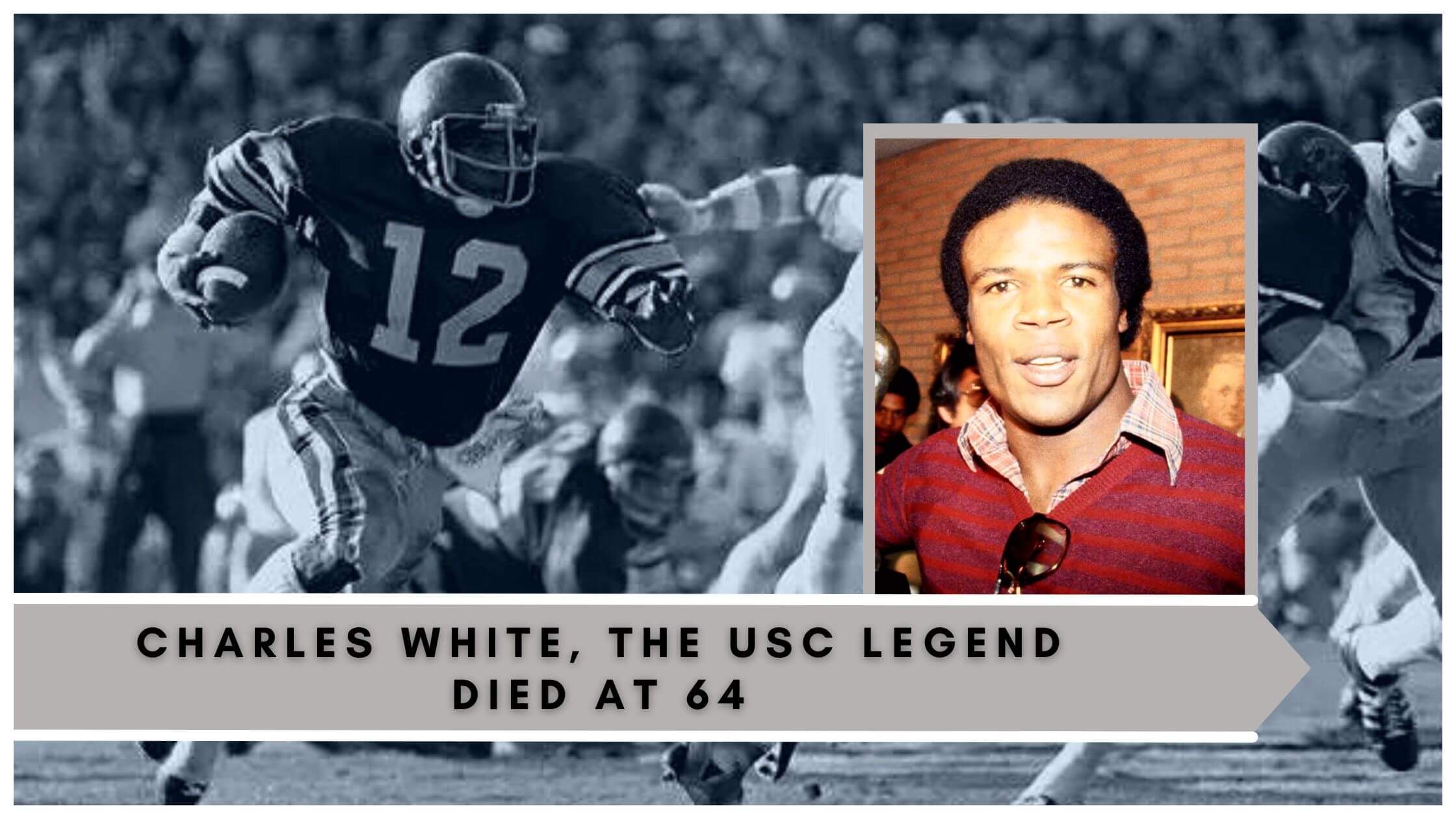 According to Judianne White-Basch, the reason for his death was esophageal cancer. USC confirmed the death of their all-time favorite star who is still known as the Trojan’s career-rushing leader through a press release.

Many of his fans and followers share their grief through social media. His former coach John Robinson commented White was one of the toughest players he have coached.

He was a great player and loved mo0st to play always. His life was highly connected with games. He shared things that he remembered about White. He was a very talented athlete and a gifted one.

White is famously known for his achievements as an athlete. He was the Heisman Trophy winner in 1979 and a member of USC’s national championship team in 1978.

The Athletic Career Of Charles White

White started his athletic career at an early age. He contributed to college football history as a fantastic athlete.

He was a two-time unanimous All-American and a three-time All-Pac-12 first-team selection. And White successfully led USC for three seasons. He is known as the third USC eight Heisman Trophy winner.

In 1979 he also won Chic Harley, Walter camp, pop warner, and Maxwell Awards for scoring 19 touchdowns and successfully leading the Trojans to a straight Rose Bowl win. White was the Rose Bowl Player of the game for two years.

His achievements are honored. His career was enriched with 53 total touchdowns and a career average of 5.4 yards per carry. And he was drafted into the USC in 1995. He also entered the College football hall of fame in 1996.

In 1990, White takes the position of special assistant to the athletic director. And he also has experience as USC’s running backs coach for four years.

White was always known by the Trojan family. He will always remember in the name of Trojan. According to USC athletic director Mike Bohn White was one of the all-time great Trojans.

White Basch commented about her ex-husband’s death by saying suddenly everything made sense. And take initiative to donate his brain to the CTE Center at Boston University to find out if Chronic Traumatic Encephalopathy had affected him.

According to her White highly consumed cocaine and alcohol to heal his brain injury. He was the target of everyone in the field.

And the alcohol consumption kept him away from his career. And he was also suspended for 30 days by the NFL. He was charged with cocaine consumption in 1987.

Charles White was born in Los Angeles on January 22, 1958. He was lifted by his grandmother, Bertha Legget.

Also Read: Mary Crandall Hales Passed Away At The Age Of 90

White graduated from San Ferdinando high school where the was a track and field athlete. And he entered the Trojan Football team while attending USC.

Charles was living with his former wife and career manager Judianne White Basch and his family.