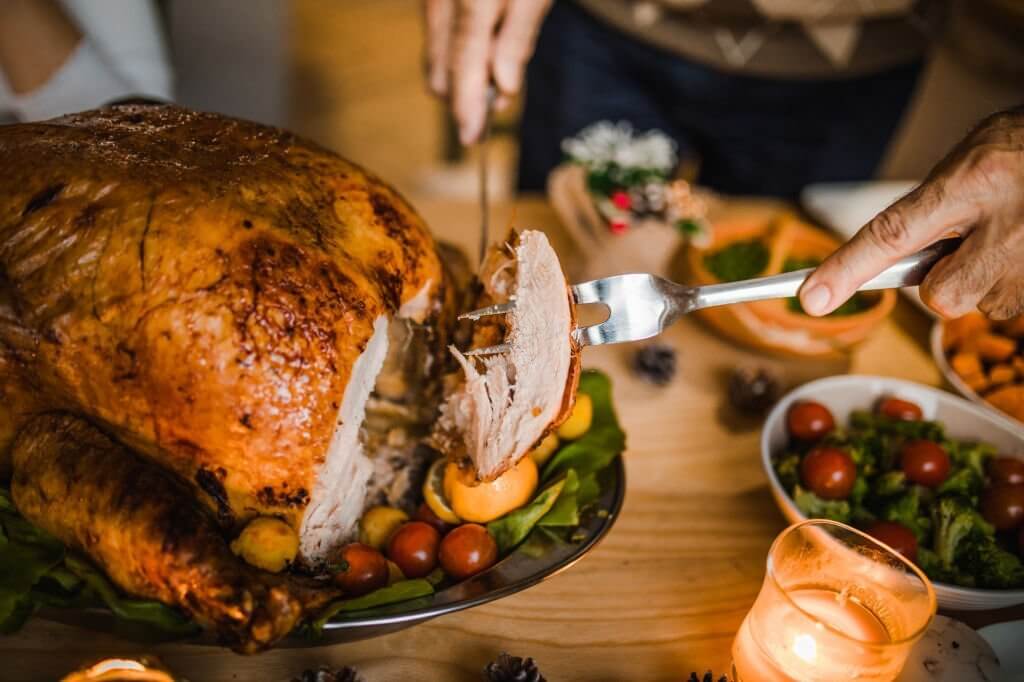 Greetings for Thanksgiving, chomp chomp! Thanksgiving is a national holiday in the US and Canada, observed on the fourth Thursday of every November. In the US, the celebration is primarily based on an agricultural feast that English settlers and Wampanoag tribal leaders decided to share in the 17th century. As a result, Thanksgiving is still a time when many US families gather to thank God for their blessings and harvest from the previous year.

What Are 5 Interesting Facts About Thanksgiving?

In addition to engaging in traditional Thanksgiving activities with family and friends, Americans also celebrate this holiday by exploring popular Thanksgiving customs.

We must remember to eat turkey on Thanksgiving.

This is the time of year when the turkey, as we know it, enjoys great popularity. We’d like to share some exciting turkey facts in honor of this beautifully feathered bird, along with some Thanksgiving-related trivia.

1. Turkeys are so named in honor of Turkey

Even though the precise naming procedure is unclear, NPR claims that the American bird is named after a European nation.

According to the Iowa Department of Natural Resources, they can fly at 55 mph and run at 25 mph, the same speed at which cars can drive through a school zone.

According to the Franklin Institute, while he claimed in a letter to his daughter that bald eagles have poor moral character, he thought turkeys are much more honorable birds and would not think twice about attacking a British soldier. Most likely, you shouldn’t bother a wild turkey. The animal has a history of acting “aggressively” toward people and has even been known to peck through their reflections in mirrors or window frames.

However, in contrast to a common misconception, there is no proof that he suggested it be named the nation’s bird.

4. Turkeys have sharper eyesight than you do

Is your vision generally good? More extraordinary eyesight is found in turkeys. The National Audubon Society claims they have a vision three times as good as a human with a perfect 20/20 vision.

5. A few American presidents have granted “pardons” to turkeys

The White House archives claim that President George H.W. Bush was the first American president to pardon a turkey formally. Although there is a myth that claims Abraham Lincoln was also the first to excuse a turkey because once his son tried to persuade him to do so.

Everyone among you has heard the tale of Plymouth’s first Thanksgiving, which the Mayflower pilgrims celebrated. You might be surprised to learn that the feast may have been a custom they brought with them from their extended stay in the Netherlands before setting sail for the New World.

This festival has more to do with freedom from war and siege than a successful harvest. Over time, Even though Thanksgiving has a distinctly American flavor, it’s not the only nation that observes a domestic day of gratitude. Similar harvest festivals are celebrated in many countries, from Liberia to Japan, Canada to Germany, and Liberia, to honor the year’s harvest and express gratitude to those in their community.

Thanksgiving’s essence holds a special message. We should be thankful for what we do have in today’s America rather than focus on what we lack.

We will likely eat excessive amounts of food, talk excessively, and laugh excessively when we sit down to our special Thanksgiving dinner, but we can never praise enough. What holiday plans do you currently have? Your plans will have been finalized by the time you read this. There will always be changes due to the weather or other unforeseeable circumstances, and we must be ready for walk-in visitors or people who have to cancel last-minute plans.

There will be a festive atmosphere whether everyone sits at a table or passes through a buffet line, regardless of who attends or what time the meal is served.