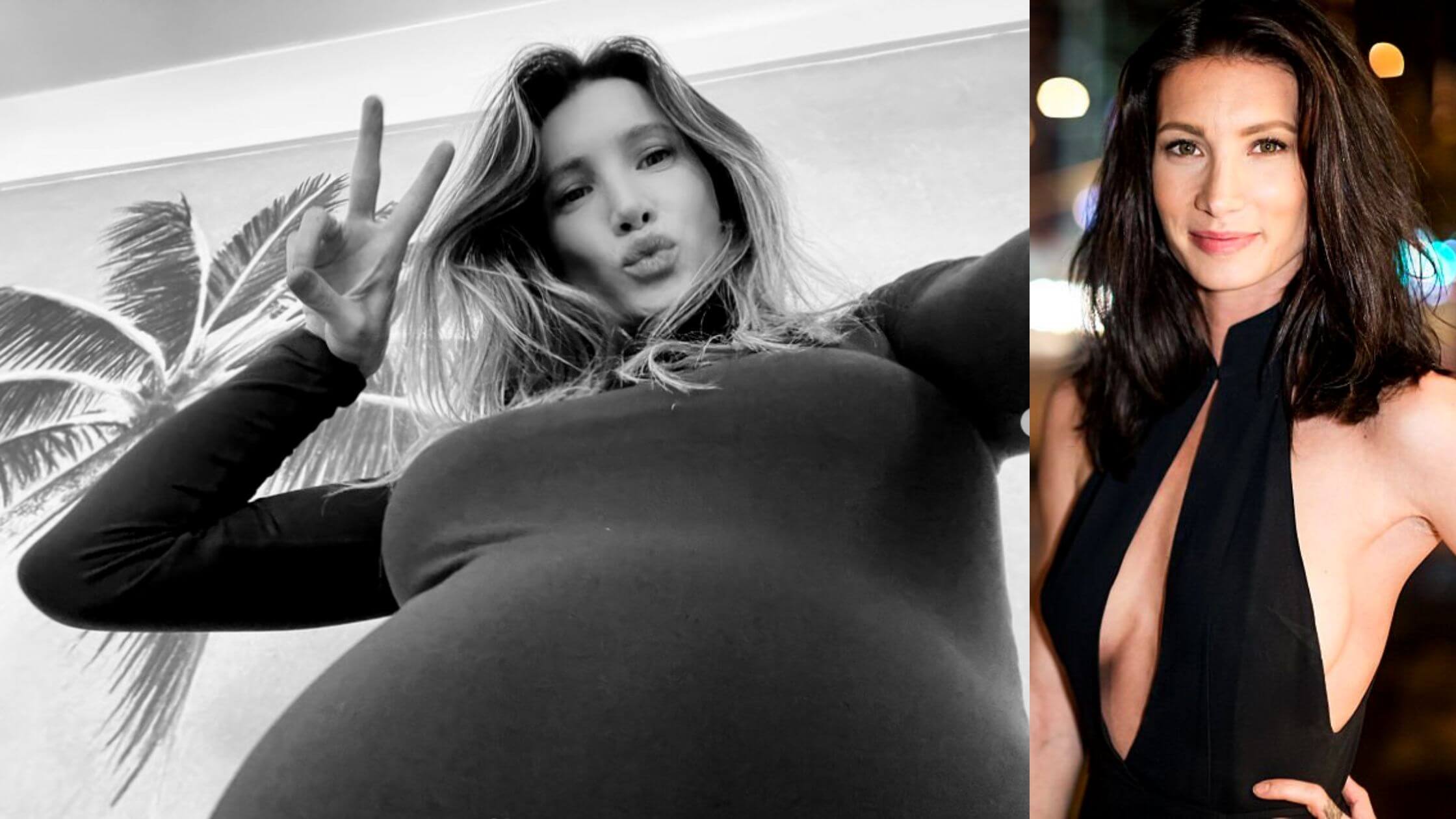 Jeremy Renner, popularly as “Hawkeye” played alongside Tobert Downey Jr and Chris Evans, was married to Sonnie Pacheco for 11 months before finalizing the divorce back in 2015. Prior to marriage, the couple started their parenting career after welcoming their daughter Ava.

However, the couple found neutral grounds for agreeing to share custody over their daughter after encountering a long court battle.

It was released that Pacheo accused her ex-husband of Drug abuse over the years, which he denied and countered Pacheo of misusing Ava’s trust fund. However, both parties have denied accusations with the actor responding it to as “nonsense claims.

Following the divorce, Pacheo began dating the professional Ice Hockey player Nathan Thompson, the exact date of the initiation of their romance could not be traced back.

The 34-year-old has been again pregnant with the baby of their new-found love. The couple has surfaced in social media quite a few times with a former National Hockey League Player who played for the famous Tampa Bay Lightning and several other major teams.

Couple Revealed The Gender Of The Child In Social Media

The couple unveiled a colorless photo of her bump of their child back in October 2022. The Slideshare includes a pregnancy testing device that indicates positive, a sonogram of their new baby girl, and the last picture reveal, Nathan Thompson, revealing the gender of their newly arrived two children, Ava and Teague. As per the caption, the couple has been awaiting the arrival of their first shared child in the coming spring.

She added a hashtag to reveal the gender of their child, #babygirl. Ava Berlin would be delighted to hear about the arrival of his sister.

The Canadian actress revealed another picture of herself this time naked while covering her breasts, where her fans can witness the bump in her belly. In the caption, she indicates that she has been carrying the girl for 22 weeks.

Nathan Thompson and Sonia Pacheco will be expecting the arrival of their firstborn in the coming spring, both the couple already had experienced the initial stages of parenting, thus they would be expecting their beautiful and tough times together.

He married Stuart back in 2013 and ended their marriage before marrying again with his second wife Sydney Kaplan, which lasted for a few months from December 2020 to July 2021

For most of his professional career, Nathan Thompson was struggling with Drug use. He indulged in the habit of drinking at a very young age. However, he has been sober ever since the birth of his first child.

Despite this wonderful news, it is devastating to hear that Sonnie’s ex-husband Jeremy has suffered a traumatic injury while he was lending a hand to the community. To clarify, he was helping a family member who was stranded in the snow.

He suffered orthopedic injuries after being run over by his PistenBully snow plow which weighs around 14,000 pounds. The marvel actor has undergone two surgeries, and the medical experts have revealed that Renner is critical but in stable condition.

Despite his condition, he has not failed to update his health condition by thanking everyone who has been praying for him. The actor indeed is a superhero.