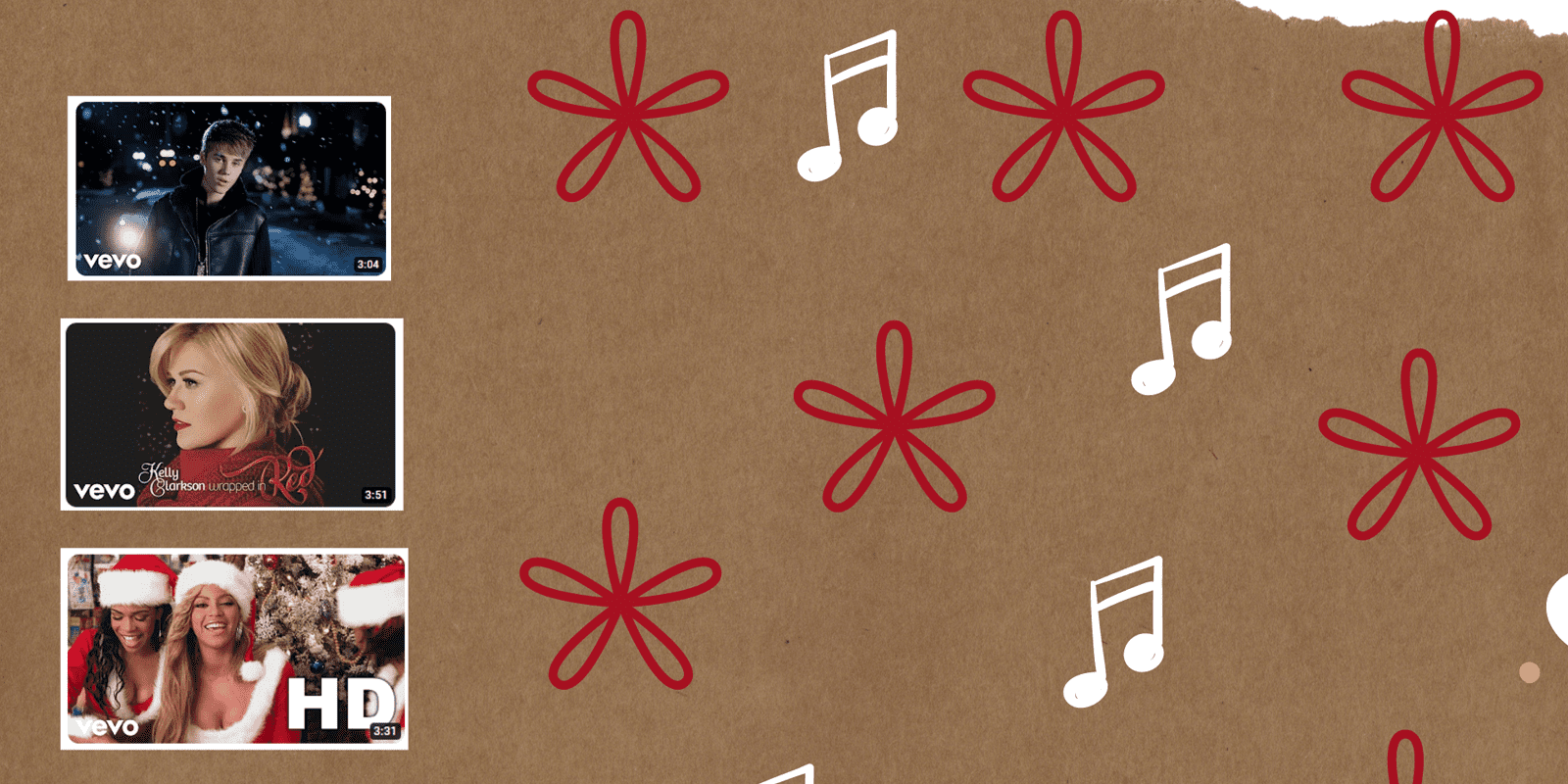 Hope you are all set to welcome Christmas in full swing. However, no Christmas celebration is complete without those memorable, all-time favorite songs. Here we present the 10 popular songs to add to your Christmas party playlist this December.

A hit song by British pop duo Wham!, “Last Christmas” was originally released in December 1984. At an international level, it was released on CBS Records and in the United Kingdom as a double A-side on Epic Records with “Everything She Wants”.  Written and produced by George Michael, “Last Christmas” remained number two on the UK Singles Chart consecutively for five weeks. Since its release, the song has been covered by several renowned artists ranging from Taylor Swift to Jimmy Eat World.

A famous Christmas song recorded by American singer Ariana Grande, “Santa Tell Me” was written by Grande, Ilya Salmanzadeh, and Savan Kotecha. With a worldwide release on November 24th, 2014, the song made an entry to the US Billboard Hot 100 at number 65 and later rose to the 17th position. Apart from that, on Billboard Global 200 and Global Excl. U.S. charts, the song managed to occupy the 5th and 7th slots respectively.

3. All I Want For Christmas Is You – Mariah Carey

Mariah Carey, the renowned American singer delivered the all-time hit song “All I Want for Christmas Is You”. The song, released on October 29th, 1994 was recorded for ‘Merry Christmas’, Mariah’s fourth studio album and first-holiday album. An uptempo love song, “All I Want for Christmas Is You”s highlights include bell chimes, backing vocals, and synthesizers. The major achievements of this song include topping the US Billboard Hot 100 in 2019.

Written by the famous English musician Elton John and lyric writer Bernie Taupin, “Step into Christmas” was released on 23rd November 1973. Performed by Elton himself, the song was released as a stand-alone single with the song “Ho, Ho, Ho (Who’d Be a Turkey at Christmas)” as the B-side. Post its release in 1973, the song rose to the No. 24 position on the UK Singles Chart. Later, in 2019, the song hit a new peak of No.8 on the same chart.

Taylor Swift, the American singer-songwriter wrote the “Christmas Tree Farm” song, inspired by her Christmas vacation. Produced by the singer herself and English musician Jimmy Napes, the song was released on December 6th, 2019. The uptempo pop song starts with a classical balladic intro and takes the listeners back to the childhood memories of Christmas. In November 2022, Swift released a revamped version of ‘Christmas Tree Farm’.

A Christmas-themed song accompanied by heavy R&B and dance-pop elements, “8 Days of Christmas” was recorded in 2000 by Destiny’s Child, the American girl band. Released on December 16th, 2001, the song belongs to the album 8 Days of Christmas. The song is written by Beyoncé and Kelly Rowland, the group members along with one of the producers, Errol McCalla, Jr.

7.  Underneath the Tree – Kelly Clarkson

A song from American singer Kelly Clarkson’s first Christmas album, Wrapped in Red, “Underneath the Tree” was recorded in 2013. The song is written by Kelly along with its producer Greg Kurstin. It is a Christmas-themed song describing gratitude for companionship during the holidays. Post its release on November 5th, 2013, the song received rave reviews from critics and also went on to hit the number 8 position on the Billboard Global 200.

A Canadian singer with a huge fan following, Justin Bieber recorded the Christmas song “Mistletoe” in 2011. Written by Bieber along with his producers, Nasri Atweh and Adam Messinger, the song is a lead single from his first Christmas album, ‘Under the Mistletoe’. Released on October 17, 2011, “Mistletoe” is a pop and R&B song, with influences of Reggae. It holds the record for the highest debut for a Christmas song in the history of Billboard Hot 100.

Released on November 29th, 1998, “Merry Christmas, Happy Holidays” is a song by NSYNC, the American boy band. Produced by Veit Renn, the song is written by JC Chasez, Veit Renn, Justin Timberlake, and Vincent Degiorgio. Belonging to the studio album, Home for Christmas, the song occupied #37 on the Top 40 Mainstream chart.

“My Only Wish (This Year)” is a teen pop Christmas song by Britney Spears, the famous American singer. Belonging to the album Platinum Christmas, it was recorded in August 2000. The song takes music lovers through an experience where the singer asks Santa Claus to find her a lover during the holidays. Charted on Billboard’s Holiday Songs, “My Only Wish (This Year)” was also charted on Ö3 Austria Top 40 and Tracklisten, the Danish top 40 records.