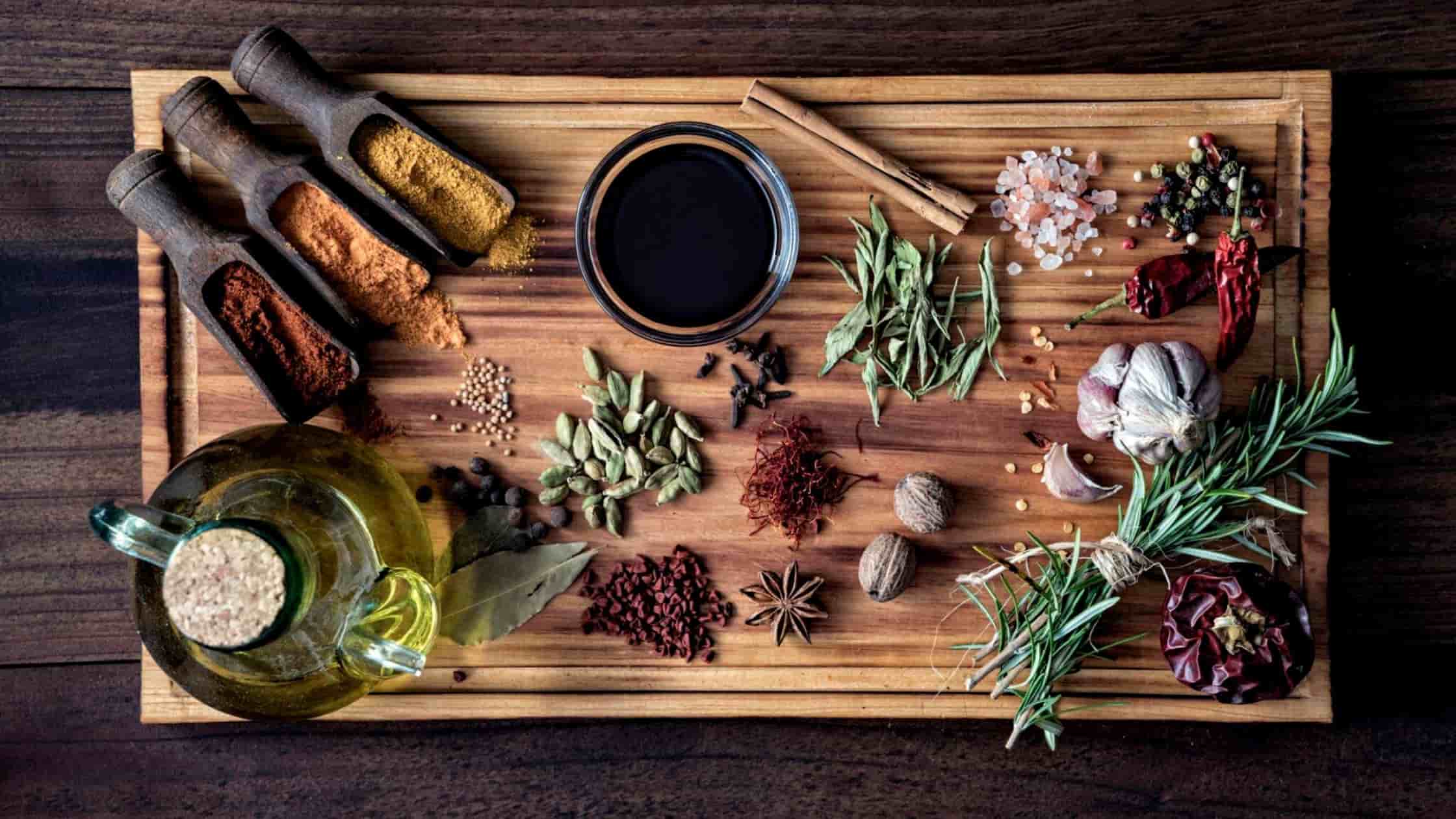 What ingredients, spices, and herbs do your food have? However, we often ignore this fact and ingest food mindlessly.

Alzheimer’s is one of the leading causes of death in today’s world. It does not only cause severe pain to the patient but also to their loved ones as the family watches them lose memory and forget their special moments helplessly.

Instead of eating carelessly, you should make some changes to your diet to be more brain centric to improve your brain health and sharpen your memory.

That is why, here we are with some of the best herbs and spices for you to include in your diet so that your brain can perform all its functions of processing, analyzing, deciding, and reacting.

According to Gary W. Small, M.D., director of the UCLA Longevity Center, there are epidemiological shreds of evidence that show that the rate of Alzheimer’s disease is lower in regions where spicy food, including turmeric and curcumin, is consumed by people, which contributes in decreasing these diseases.

Another study published in the American Journal of Geriatric Psychology says that curcumin affects memory and attention in adults aged 50 to 90 who had mild memory complaints. The memory of this group increased by 28 percent within 18 months in addition to improvement in moods.

One reason for this can be the presence of anti-inflammatory benefits in curcumin.
Curcumin in turmeric has also been shown to make Docosahexaenoic acid (DHA) more available in the brain, which maintains overall brain health and lowers anxiety.

Whereas, less presence of DHA is associated with cognitive decline and Alzheimer’s onset.
If you are looking for a sign, this is your chance to start including turmeric in your diet.

Cinnamon is another spice that is proven to have many mechanisms to support brain health. It has anti-neuroinflammation properties which help in keeping you safe from Alzheimer’s disease by reducing brain inflammation.

Not only this but cinnamon improves cognition and reduces oxidation in the brain and also has a high amount of manganese, which is an antioxidant important for brain health.

You can include cinnamon in your diet by sprinkling it onto your fruits, mixing it with your morning coffee, or by rubbing it on your fish and meat with other beneficial spices.

As per the study, rosemary is one of the best herbs for brain health. According to Megan Obreiter, RD, a clinical dietitian at USC Verdugo Hills Hospital, a 2010 study shows that rosemary improves memory in older adults.

And due to its anti-inflammatory properties, it protects against neurodegenerative diseases and inhibits brain cell death.

Reishi, a herb used in traditional Chinese medicine, is an incredible anti-stress herb. It quietens down the nerves, improves memory, promotes concentration and focus, strengthens the will, and helps to grow wisdom. Yes, a mushroom does all this.

This mushroom of immortality is also an adaptogen herb that naturally restores the balance of the body by adjusting energy levels and inducing relaxation which helps in improving mental clarity.

You can include Reishi mushrooms in your diet if you want to experience mental peace and a sense of connection.

As you have read the whole page you now are aware of all the benefits these spices have. You can add them to your diet by including them in your dishes. However, they are not a substitute for medicines to treat the disorders but consuming them routinely will help you in the long run by preventing memory loss and brain disorders.