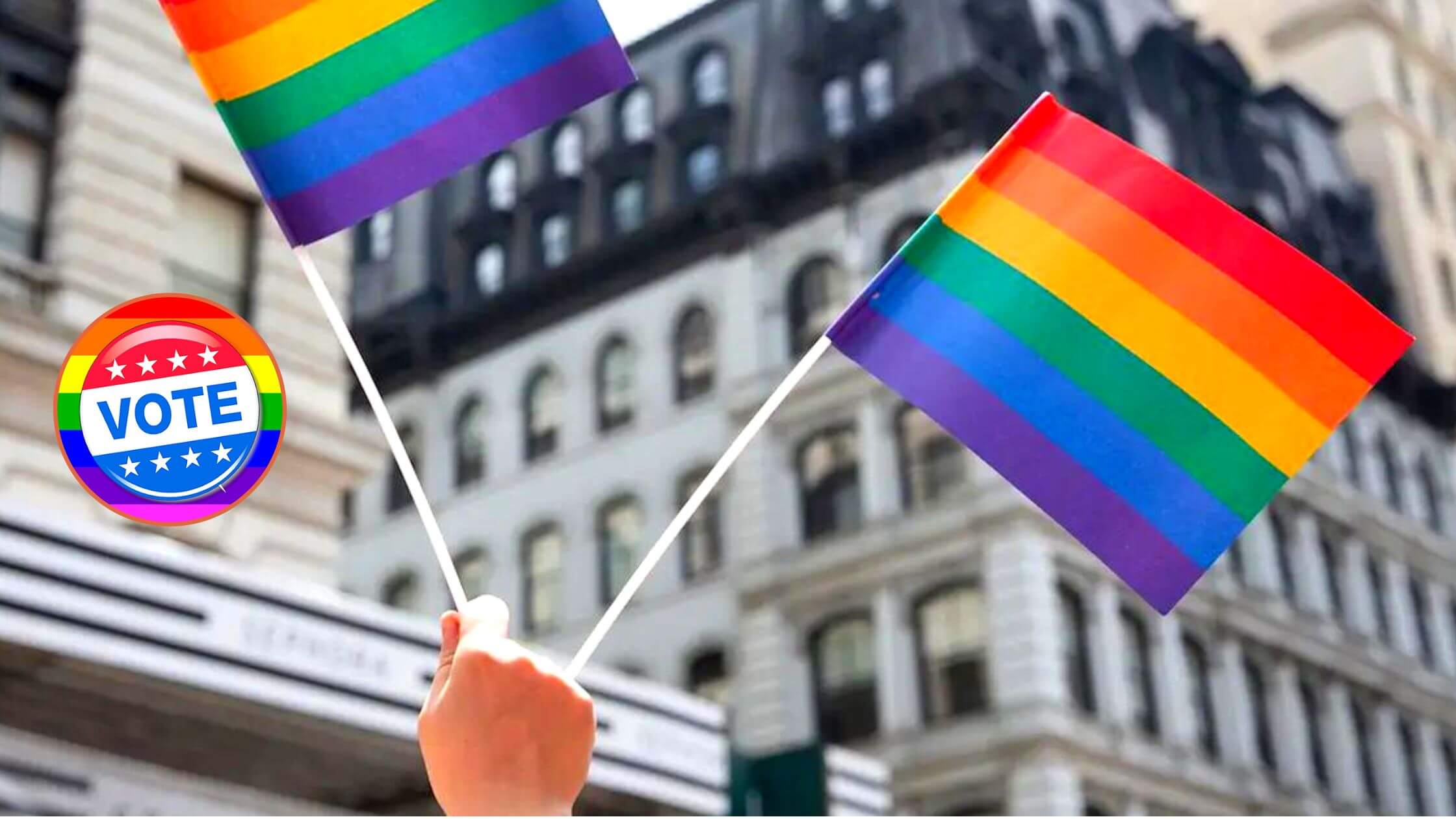 In an unprecedented ‘rainbow wave’, a record-breaking 340 openly LGBTQ candidates running in the 2022 midterms won their elections on November 8th night. As against the popular expectation that there would be a ‘Red Tsunami’, the LGBTQ candidates put forward a stunning performance.

Achievement In The History Of The US

It is a first-of-its-kind achievement in the history of the US as the highest number of wins registered to date was the previous record of 336 witnessed in 2020. In the coming days, many more wins are expected.

A minimum of  1,065 LGBTQ people ran for office this year and this is a record number. As per the information provided by the LGBTQ institute, to achieve equitable representation, the United States must elect more than 35,000 LGBTQ people to office.

In her statement, Mayor Annise Parker, President & CEO of LGBTQ Victory Fund mentioned that bigots had put in all the efforts to fight against their political power. However, their hate backfired and motivated people from the LGBTQ community to contest the election and win more than ever in the past.

She termed the rainbow wave as a big setback to the rising homophobia and transphobia that has gripped the communities. Parker added that it is a clear indication that voters want to choose qualified LGBTQ leaders.

She concluded her announcement by stating that with so many topics such as the future of marriage equality and abortion at stake, the exceptional determination of LGBTQ candidates and wholehearted grassroots support is showing results in a rainbow wave.

The Most Remarkable Wins In The Rainbow Wave

Some of the most emphatic wins on Tuesday night include:

Maura Healey, 51, Democrat and former Massachusetts Attorney General won the race for state governor. In the election, she beat the opposition candidate Geoff Diehl, a Republican by more than 60% votes to become the country’s first openly lesbian governor.

She also holds the record of being the first woman elected governor of Massachusetts. In her statement on Tuesday night, Healey mentioned that she wanted to tell something to every little girl and every LGBTQ person out there.

She conveyed the message that this historical moment proves that one can be whatever, one wants to be. Healey went on to add that it is not possible for anything to be a stumbling block in their way, except their own imagination and that is not going to happen.

2.  Becca Balint –  The first woman candidate and the first person from the LGBTQ community elected to Congress from Vermont

Winning the election, Becca Balint will be replacing Senator-elect Peter Welch (D). In her Instagram post, Balint wrote that with the election results,  Vermont and the country have proved that it is still a place where anything can happen.

She also added that they are still capable of bringing change and progress.

3. Robert Garcia – The first LGBTQ naturalized citizen who is elected to Congress

By defeating John Briscoe, the 74-year-old Republican, Democrat Robert Garcia,44, went on to become the first openly gay immigrant elected to Congress. He was the former mayor of Long Beach, Calif.

Born in Lima, Peru, Garcia immigrated to the US when he was 5 years old, along with his mother.  After winning the elections, Garcia dedicated his victory to his mother who succumbed to death last year, following COVID-19-related complications.

Addressing his supporters, Garcia said that he is in the current position due to the hard work of that woman who worked in clinics, cleaned houses and who was a true immigrant to the fullest.