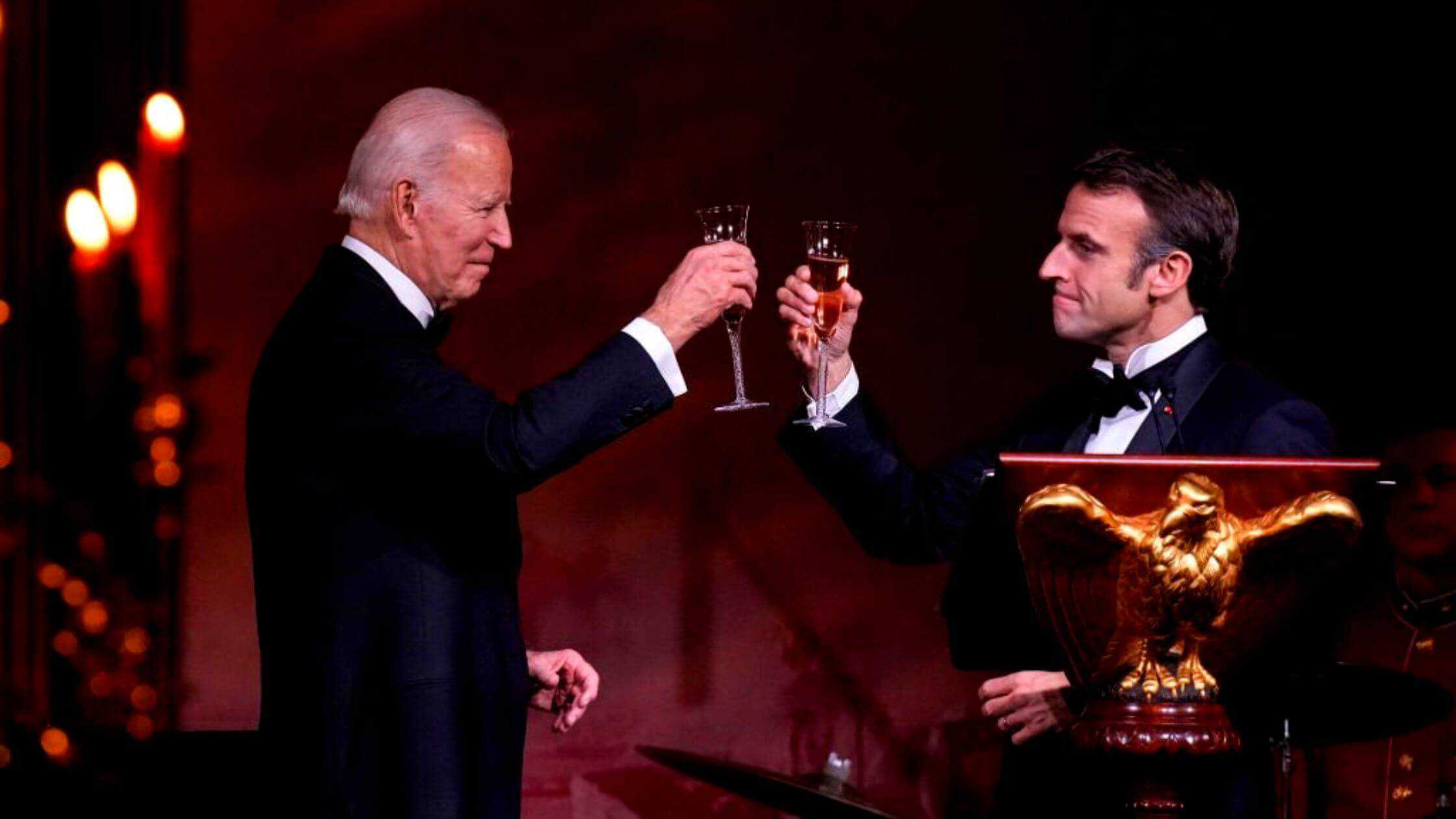 Anyone who is aware of the basics of International Relations and Politics understands the importance and significance of ‘soft power’. Especially considering the anomalies of war and violence, soft power should be and is the leading force of many nations. Not guns, but roses are the slogan of the 21st century.

This being said, let us move into the halls of the White House where the US President hosted the French President for a dinner, in an effort to celebrate their relations – the significance of friendly relations and soft power.

The first state dinner to be held at the White House in more than three years, before the pandemic claimed millions of lives and put a freeze on Washington’s elaborate rituals, took place on Thursday night, with the youngest-ever French president and the oldest-ever American president toasting each other. The event which also recorded the first state dinner of Joe Biden was attended by the French President’s lovely wife too.

If the informal reason for the event was the celebration of human relationships and a tribute to Macron, the official reason for the French leader’s visit was to celebrate the historic bond between the two longtime allies and strategize about world affairs like Russia’s War on Ukraine. Additionally, it is Mr. Macron’s, 44, second state dinner in the US. In 2018, he was the first guest to receive a state dinner hosted by President Donald Trump.

However, there had already been six state dinners during Barack Obama’s presidency.

The fact that France was chosen as the host by the president is a testament to Biden and Macron’s close friendship, which was on full display on Thursday as the two leaders engaged in friendly banter. The French president frequently patted Biden on the back and addressed him as “Dear Joe.”

Observing the arrangements, every aspect of these dinners requires the careful consideration of the first lady, the State Department, and a brigade of White House assistants and chefs, from the guest list to the menu to the seating arrangement.

Bold names from politics, business, Hollywood, and the fashion world mixed together at the dinner in a nostalgic way. Secretary of Defense Lloyd Austin was seated next to singer Chrissy Teigen. Nancy Pelosi, the speaker of the House and a Democrat from California, gave Anna Wintour a hug.

Other notable guests included “Veep” actress Julia Louis-Dreyfus, who was asked by reporters if she had ever attended a state dinner, and late-night TV host and Batiste’s former employer Stephen Colbert.

Every year, hundreds of world leaders travel to Washington, but only a select few are ever invited to a state dinner, which is decided upon by the US president and is based on the advice of his foreign policy advisors.

From the White House, guests were transported in a heated tour bus trolley to the pavilion, where 33 rectangular dining tables were decorated with flowers in the colors of both countries: blue delphiniums, white irises, and American Beauty roses. The gold-thatched dinnerware was rented.

Read: While Praising Biden, Michelle Obama Does Not Endorse Him Fully In 2024!

History records that three of the White House’s ten state dinners held in the last decade have recognized France. After Jacques Chirac and Charles de Gaulle, Macron is the only other French head of state to receive a second invitation. Macron appears to be the de facto ruler of Europe with Angela Merkel gone and the UK changing prime ministers like Kleenex.

Even though it seems like the two presidents get along well personally, they recently had to work out some significant policy differences.

In 2021, a move from the US (joint defense pact between the US, UK, and Australia that left out France) was referred to as “a stab in the back” by the French president and his foreign minister, prompting Mr. Biden to publicly admit that the deal’s implementation had been “clumsy.”

However, Macron ended the event on a very upbeat note by saying that although those principles are under threat in many places right now, we stand together, “shoulder to shoulder.”