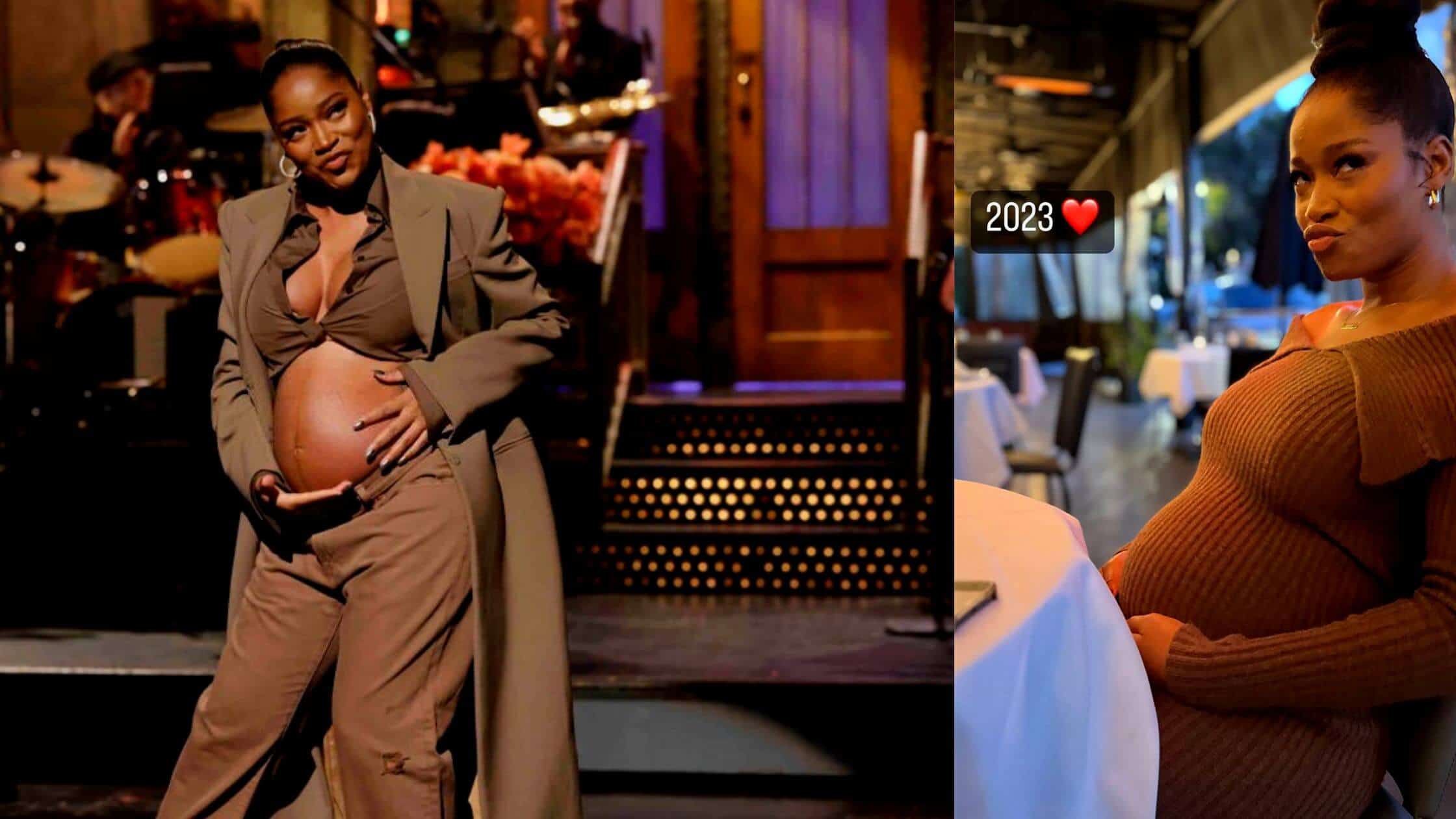 The award-winning actress made her first child’s pregnancy public on December 3. Her Saturday Night Live hosting debut was such a huge discovery and beautiful! Darius Jackson, her boyfriend, and Keke are overjoyed.

The event’s timing is ideal, given that they are now starting their journey to becoming a family of three. Jackson, a 28-year-old fitness instructor who will soon become a father, immediately posted a video on his Instagram Story. He posted a post and a narrative to express his support for Keke and the child.

Jackson added the date 2023 to his Instagram post on Saturday, along with a heart symbol. Along with an image of the actress’s growing baby belly, he also hinted at the due date for his innocent fetus.

The Rumors Which Came Out To Be True

Keke Palmer said in an interview that she received congratulations even before the announcement. Even before she announced that she was expecting a child, it was simpler for others to guess that she was pregnant because she appeared to be one.

Some other speculations were floating as people flocked to Keke’s statements regarding her pregnancy. Palmer attempted to silence the whispers but to no avail. Instead, she announced the happy news by protruding her large belly.

Palmer explained why she was attempting to keep it quiet and how difficult it was. She was busy and waiting for the ideal moment to make the revelation. And indeed, the timing was ideal because she made her debut as the host of Saturday Night Live!

The baby has been the greatest blessing, she continued, adding that. After finding out she was pregnant, she is undoubtedly eager to become a mother. Palmer was a child performer, and many of her fans still think of her in those roles, but Plamer is now an adult. She has gracefully blossomed into a successful woman and begins the parenting stage sooner than expected.

Sources claim that in August 2021, Jackson and the baby talk made their Instagram presence public. At the time, the soon-to-be father spoke openly about his feelings for Palmer’s unborn child. Jackson went on to say that he was surprised by how summer 2021 played out and that he is now equally as thrilled about the impending birth of the child.

Keke Keeps A Low Profile About Her Love Life

Keke Palmer also battled the paparazzi and has always kept a low profile regarding her romantic relationships, which makes her decision to remain mute on the subject relatively straightforward. Palmer affirmed on the Tamron Hall Show in November 2021 that she had thought this about herself. But ultimately decided to stop hiding it.

Jackson’s boyfriend makes him happy, and she believes she shouldn’t feel embarrassed to share this with the public. Palmer was also asked about her man’s magnetism by the anchor Tamron Hall. Keke Palmer acknowledged that Jackson’s sincerity drew Jackson and Keke closer together.

Jackson is highly aware of her employment in the entertainment world, she says, adding that. Keke admitted in the interview that she is more impressed with him because he demonstrates this maturity and understanding despite not being a professional in the field.

Because they are about to become parents, the impending arrival of the kid will undoubtedly alter their life. In August 2021, Jackson and the former star of Scream Queens publicly announced their relationship over Instagram. Fast forward to 2022, and they expect a child, much to the delight of both them and the fans.