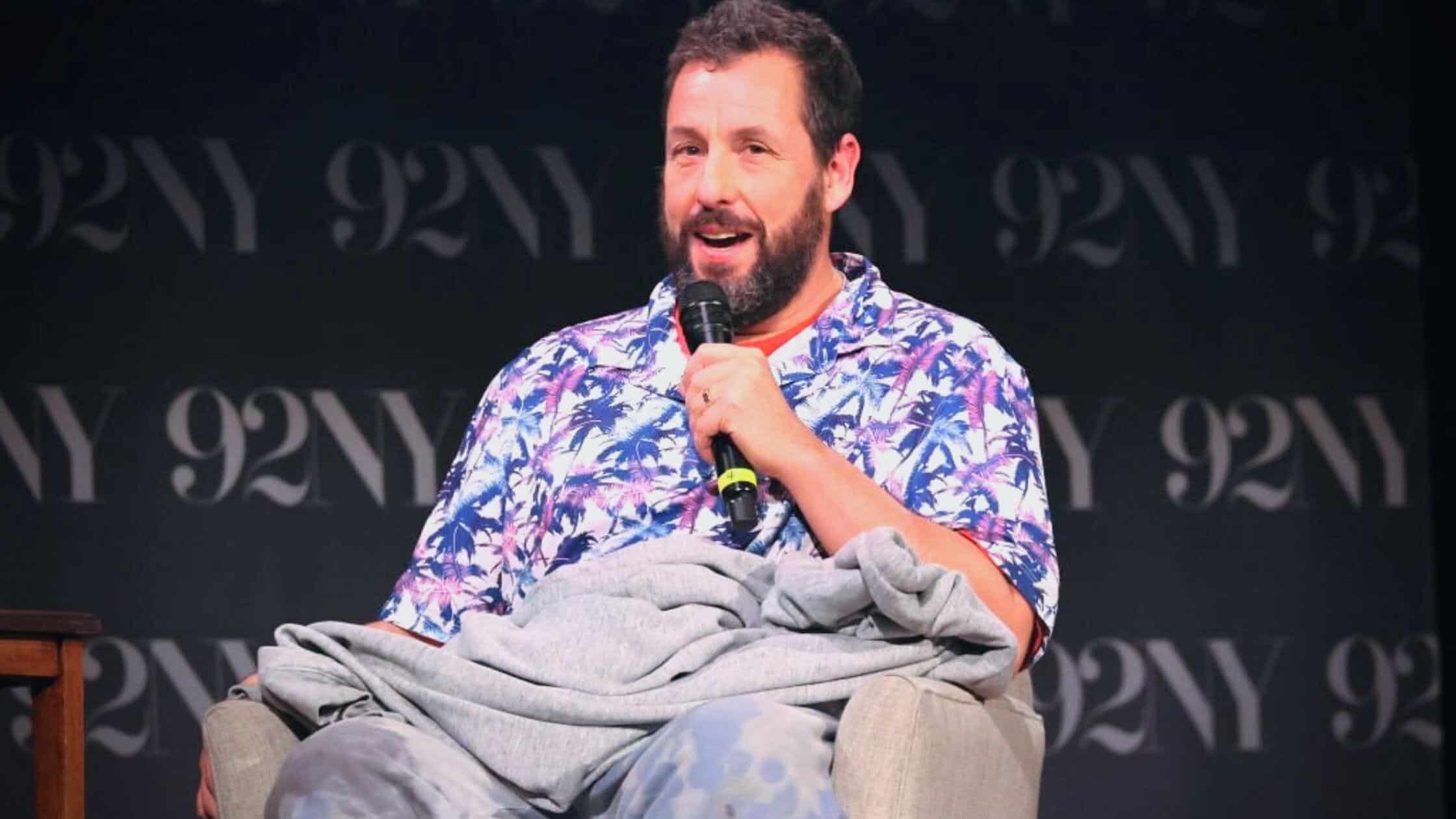 Adam Sandler is an American-born actor, filmmaker, and comedian born on September 9, 1966. His career started way back in 1987, and now he is one of the most successful comedy actors in the world.

Adam Sandler was chosen as the next comedian to be honored with the Mark Twain Prize for American Humor. It was announced on Tuesday by the John F. Kennedy Center for the Performing Arts that the “Uncut Gems” star will receive the prestigious award at the gala on March 19.

The 56-year-old has been doing stand-up comedy and starring in comedy films for more than 30 years, including classical ones like Happy Gilmore and Water Boy.

The other comedians who have won this prestigious award are Jon Stewart, Bob Newhart, Whoopi Goldberg, Julia Louis Dreyfus, Eddie Murphy, George Carlin, and many others.

The Amazing Life Of Adam

Kennedy Center president Deborah F. Rutter said that Adam Sandler is a fabulous artist and a gem in the world of entertainment. Furthermore, their tenure as a fan-favorite cast member on SNL enhanced his stardom immensely.

“Adam gave new shades to various characters who made the audience laugh and, even cry from too much laughing”, he added. Many people love and admire the character Adam played on the big screen.

Moreover, the actor joined SNL in the year 1990 when he was 23 years old and went on to have a successful career in Hollywood as a comedy star. Today he has a large fan base that supports and loves his work. Some of the characters we see on the screen include

Furthermore, Sandler’s new Netflix film “Hustle” has received numerous recognitions, and he was awarded a Gotham Award for his work as Stanley Sugerman.

Receiving the Most Prestigious Award

Now the Hustle star will receive Mark Twain Prize at a gala ceremony in Washington, D.C, organized by the Kennedy Center. Moreover, this award is given to those individuals who have impacted American society, according to the Kennedy Center regulations.

Some of his early hit films include

However, the star was heavily criticized for his work and appearance on the big screen. But none of these criticisms have affected him and his career.

He also received three Grammy nominations for his incredible work as a musician on his comedy album What the Hell Happened to Me? What’s Your Name? and Stan and Judy’s kid.

Some of his works for box office hits include “Grown Ups,” “Big Daddy,” “The Longest Yard,”  “The WaterBoy”, and others. Most of Sandler’s films have grossed over $3 billion worldwide.

With his thriving career in Hollywood, Adam Sandler has been married to his beautiful wife Jackie, who is 48, for nearly 20 years. The couple has two teenage daughters-16 years old Sadie and 14-year-old Sunny.

He had a busy 2022, and we are all waiting for new films to celebrate his success. He is not only famous for his role in comedy films, but he is also a great musician, producer, and director. The fans cannot just wait for the new movies that he will be producing and perhaps his role in other comedy films in 2023.

He started his career from scratch, and we are proud to see him achieving many honorable awards. We wish him more success, and we look forward to seeing him more on the screen.