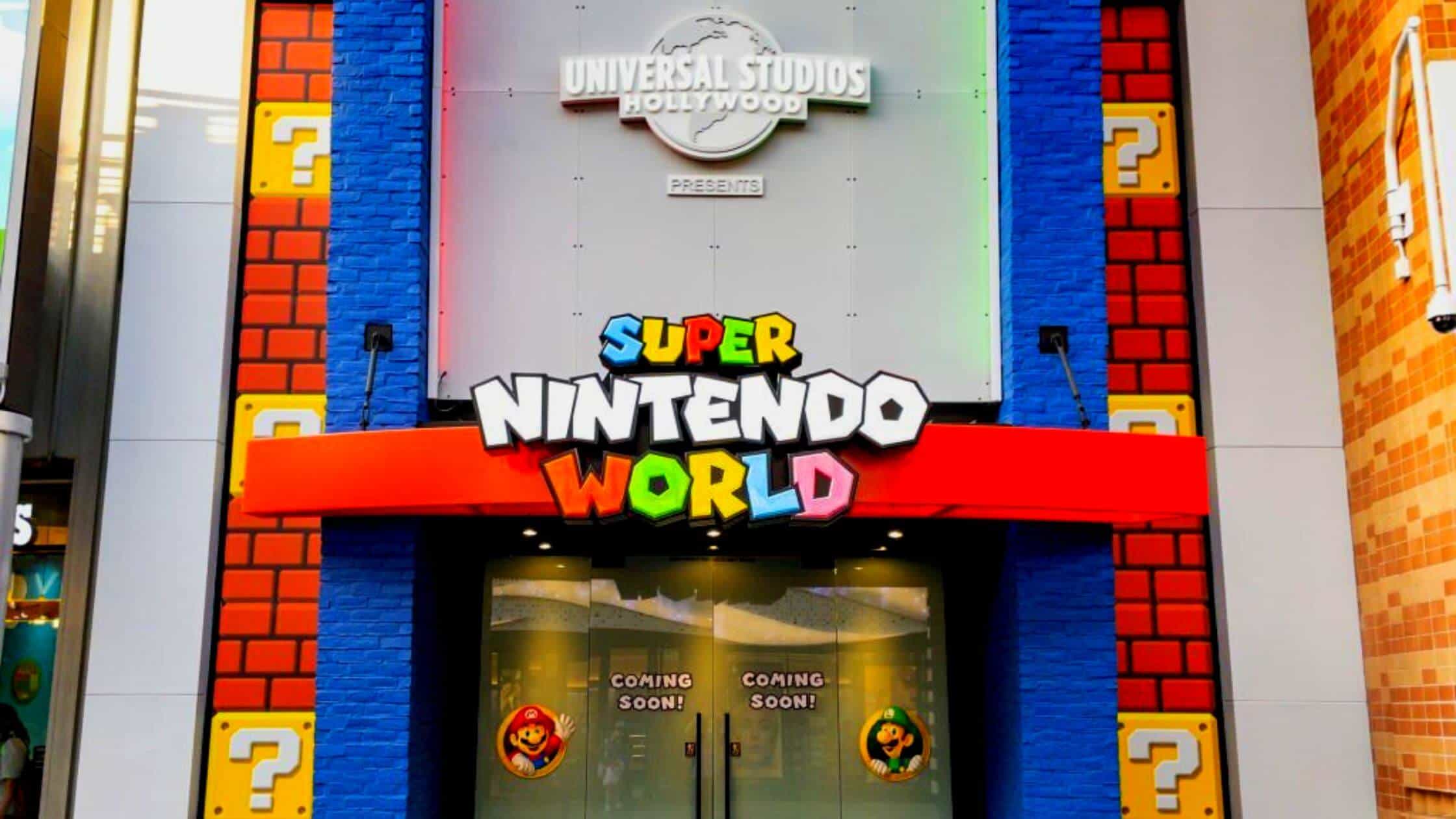 Finally, the long-awaited moment comes to reality for the people of the United States. People are thrilled with the arrival of SUPER NINTENDO WORLD at Universal Studios Hollywood. Aren’t you familiar with Super Nintendo World?

Some people may wonder about the title. Basically, it is a theme park area initially opened in Universal studios Japan in 2021. The products, themes, and attractions are based on the video games published by Mario Franchise. Following this, Universal studios Hollywood declared that Super Nintendo world would officially open on February 17, 2023.

According to Universal Studios Hollywood, this will be the best experience for the people of the United States. They are hosting the first statewide Nintendo theme park in the US. They declared that the second one will be open in the US.

They keep their promise, the newly expanded area will open at Universal Studios Hollywood within two months. The super Nintendo world park begins with one ride, Mario Kart: Bowser’s challenge.

The Super Nintendo World is considered to be the most interactive and significant new addition to the Los Angeles theme park. The park consists of a 360-degree themed area on the lower lot area.

The good Mario kart games inspired the most exciting ride, Bowser’s challenge. Here, the riders climb into four-seater vehicles with augmented reality goggles, which allow viewers to see superimposed images in a real environment. The goggles should be worn before they speed along with team Mario.

The ride will provide a unique experience to the participants because it will be a roller-coaster ride that provides a variety of possible outcomes. The ride starts from the dungeon of Bowser’s castle.

The most distinctive feature is, the ride is housed in the clouds and underwater. The new dynamic lands will be located within Universal Studios Hollywood, near the Transformers ride. The participants will enter the park via the iconic warp pipe.

In addition, universal studios are planning to launch two more versions in Universal studios Singapore and the new universal Epic universe in Orlando. Globally renowned characters and game worlds are going to entertain the united states.

The expanded area features new rides, features and a restaurant named The Toadstool cafe, and the 1-UP factory retail store. Unlike, universal studios japan, it presents various interactive elements with participants like gathering coins and encouraging them to punch blocks.

The participants have the opportunity to explore Mount Beanpole, a landmark at the heart of the expanded area. This land is considered the entry queue for Mario Kart: Bowser’s challenge. The guests can buy the wearable power-up band and collect digital coins by using Universal Studios Hollywood’s app.

Power-up Band is an accessory that is connected to the app of universal studios Hollywood. According to Universal studios, the power-up band provides an opportunity to interact with Mario, Luigi, and Princess Peach.

According to the Disney Parks news site, WDWNT declared that the construction of universal studios theme park currently building underway on Bowser’s Castle and other areas of the park.

The theme park also released a video on the Mario Kart: Bowser’s challenge where guests can collect coins and defeat the team Bowser. The sneak preview got wide attention in the united states.  Mario kart is the signature ride of super Nintendo world.

The theme park’s website has given a description of the ride. The description is,” Are you ready to experience Mario kart? be prepared and ready to defeat team Bowser with the special goggles.” People still have doubts about whether Nintendo parks will be a copy of Japan park. However, people are eagerly waiting for the arrival of this super duper park.