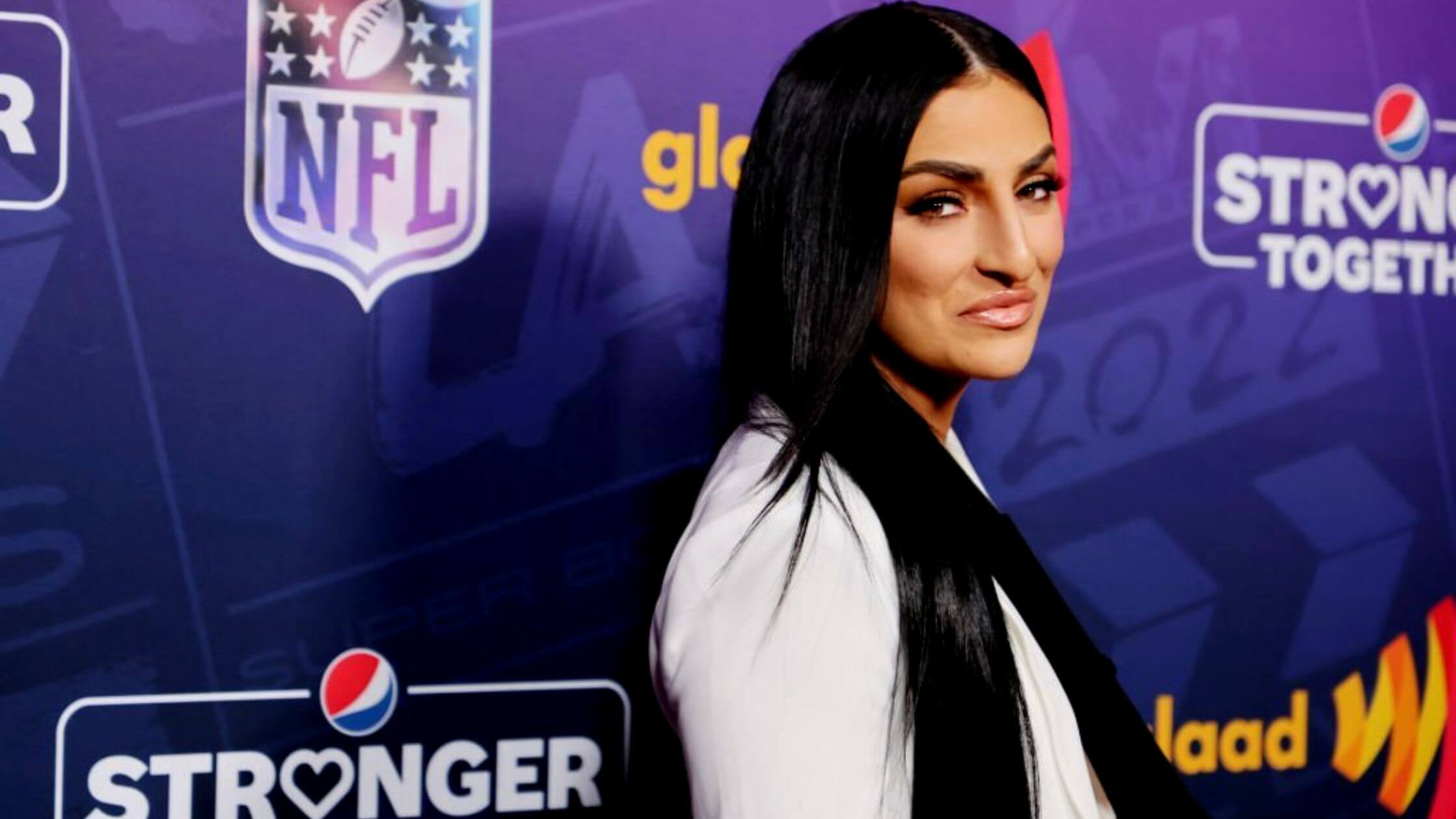 Daria Rae Berenato, professionally known by her ring name Sonya Deville is a 29-year-old American professional wrestler and mixed martial artist. Deville is presently signed to WWE and performs on the SmackDown brand.

In 2025, Berenato was one of the thirteen finalists for the sixth season of the WWE competition, Tough Enough. She was the third to get eliminated from the competition. And in October of the same year, she signed a contract with WWE and was assigned to the developmental brand NXT to start her training.

Recently, Berenato has been a major topic of the media as she opened up about her relationship. While being on national TV, she was asked about her relationship status which put her in a confused state. She was struggling to decide whether to open up about the truth or just lie. The question was put forward by wrestling star Triple H.

After great contemplation, she revealed that she has a girlfriend and by revealing it to the world, she became the first gay WWE superstar. Deville expressed that she wasn’t planning on revealing her relationship status and that she was unprepared for such a question. She said that it was a quick decision to come out as a lesbian on national TV.

As the question was more like lightning that struck her mind, she was confused about whether to lie on national television and leave it as it goes or opens up the truth and take it as her coming out moment.

Later, in an interview with WWE, DeVille stated that she was so stunned by such a question asked on national TV. Also, she revealed that she wasn’t prepared to face such a question alone and because of this she was confused about how to answer it in front of millions watching the program. Moreover, she spoke that she never thought of or considered using the term girlfriend for herself.

DeVille made it clear that she hasn’t talked about her relationship status publicly and not even a word about her girlfriend nor used the phrase before. But she opened up when the question was asked suddenly, several thoughts ran through her mind.

And she said that the first thing that came to her mind was that it’s not decent to lie which will not be fair to the woman whom she loves. Also, she believes that it’s not fair to keep the love of her life a secret from the public.

The Total Divas star said that she remembered calling her mother after coming out through the television as she was the only person who knew the truth until then. She added that the whole crazy thing that happened that day changed her life for the better.

After making this great move, the public response to the coming out of the WWE star was massive. LGBTQ+ fans hailed the revelation as a milestone for the professional wrestling industry. She was shocked to see her fan base from the LGBTQ+ community.

She stated that the majority of the fans were young, gay women, and most of them were in tears while speaking that her coming out inspired most of them to do the same.

With the revelation, DeVille understood how important it is to be a role model for LGBTQ+ WWE fans. She even expressed that if she had someone like her while she was young, then it could have helped her grow up.

More: Jojo Siwa Claims She Was “Used For Views And Clout” By Her Ex-girlfriend

Since DeVille made a brave move, she said that numerous LGBTQ+ fans who haven’t come out yet ask her advice on what they should do. She is getting more messages through her social media this time and she replied to most of them.