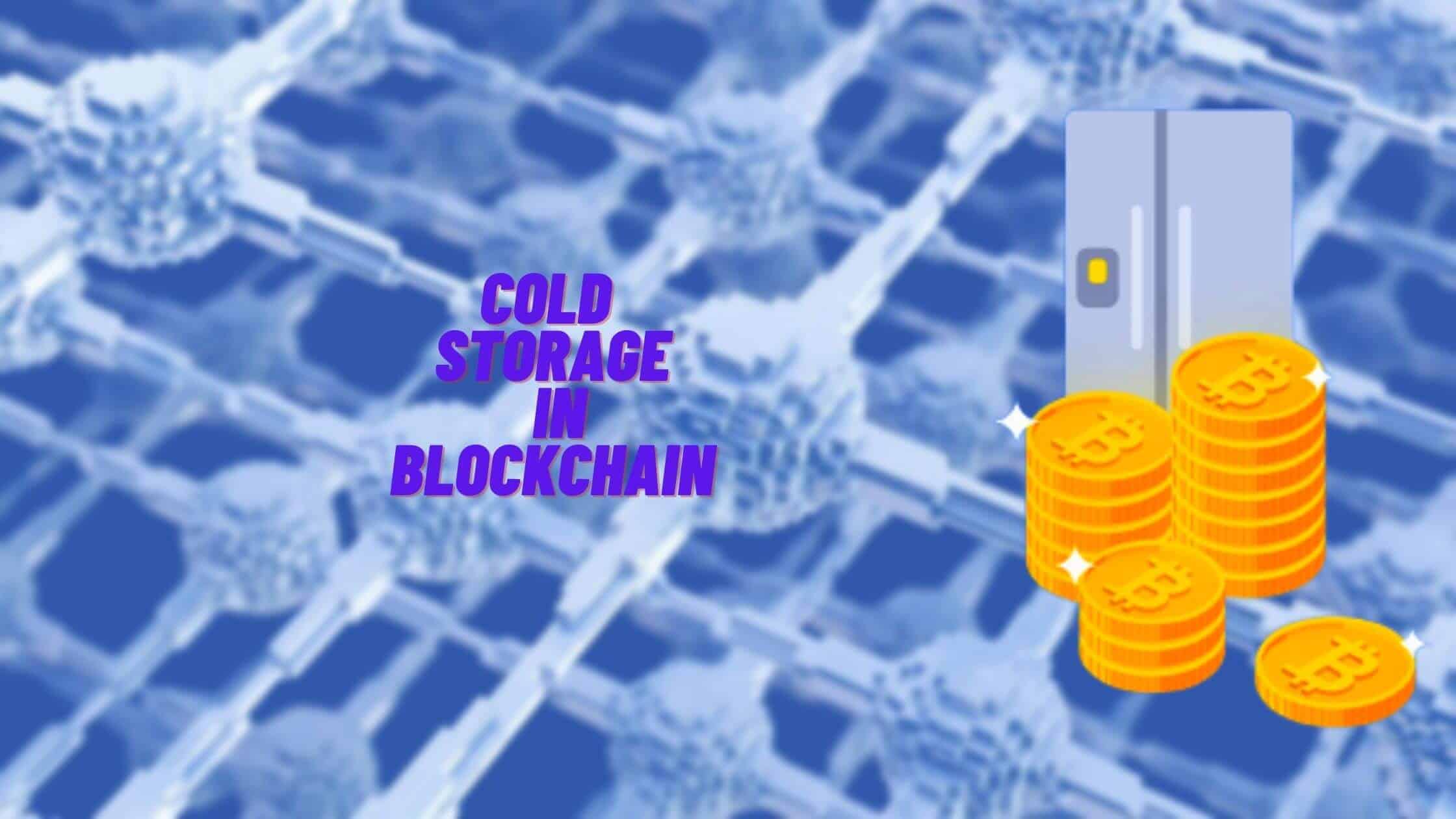 Blockchain technology has a lot of things for people to explore. The main question which arises is about the place where the money of the users is stored. For this, the developers of this technology have developed storage systems that help them to store the data easily.

There are two types of storage in Blockchain; Hot storage and Cold Storage. Here we would be discussing Cold storage systems in detail, like what it is, how it works, and more. The wallets which are involved in cryptocurrencies are digital. This makes them even more vulnerable to hackers.

Therefore, they developed storage systems providing them with very advanced technologies to ensure that it would be difficult for hackers to access the same. The main element which is stored in the Cold storage is the cold wallet, and they have enormous features which the users would be able to access in the same. With the help of these cold wallets, users are able to access their wallets offline and also prevent them from being hacked.

Before starting with Cold storage, it is necessary to know that Cold Wallets are the 2nd name of Cold storage. These are the wallets that allow users to store cryptocurrencies. Along with that, it also provides them access to use their wallet in offline mode.

It is a digital wallet that stores the cryptocurrencies of the users on a platform that is quite different from the others.

It has all the features like the other storage systems but what makes it unique from others is the fact that this platform is not connected to the Internet.

Therefore, the users are able to access their wallets in offline mode also. The major reason to have a platform like this is to ensure that the wallets are safe and secure.

Most of the hacking cases have appeared because of the internet, and the developers made offline storage systems to ensure that the wallets remain safe from Cyberattacks and anything else related to the same.

This type of storage system is mostly used by individual investors. But having a look at its potential, now it is even being used by some popular cryptocurrency exchanges too.

Reasons To Use Cold Storage

Let us have a look at the reasons which will help an individual to know whether they have to open their wallet in Cold Storage or not.

If an individual is having a bank account, and money is stolen from their debit cards, credit cards, or cheques, they can easily reverse the same by contacting the customer service of their respective bank.

After talking to them regarding the same, the money would be added back to the account within 1-2 working days. But it is not possible to track the transactions in cryptocurrency.

An individual just gets to know that his money has been deducted; they don’t get an idea who received the same.

Therefore, this makes it difficult for individuals to recover the coins which they have lost through theft from their Crypto wallet.

The biggest reason behind the same is that there is no authority that controls cryptocurrencies. It is a decentralized network because of which the users are scared of thefts in the same.

So this shows that there is a need of having a platform that protects the cryptocurrencies that individuals store in their wallets.

For example, there is an individual who has his own Bitcoin wallet. If he makes a transaction, there are two keys, public and private, given to him for the same. These keys help to keep the account of the individual protected, and they are able to access their wallets easily.

The private key is probably the main element as it is a kind of password that provides users with access to their accounts. This private key is alphanumeric, and each user has the right to set it according to themselves.

On the other hand, the public keys allow the Blockchain network to know where the amount is to be sent and other details.

There are two parties involved in a transaction, i.e., the buyer and seller. Both of these parties just have to share their public keys to make the transaction successful.

The public key is also known as the wallet address which helps the Blockchain technology to know about the address at which the Bitcoins or any other cryptocurrency is to be sent.

As the payment has been completed, then the receiver would be able to access the funds which he or she has received through the Private keys. So, it can be said that Private keys are important to be stored.

Many individuals would have been thinking about the difference between the Cold wallet and the hot wallet. There are many ways in which both of these wallets are different from each other. Although they have almost the same uses, there are a few differences present in them.

One of the major differences between a Cold wallet and a Hot wallet is that the Hot wallets always remain connected to the Internet. This means that they are even more vulnerable to cyber-attacks. But there are a few other aspects also where the hot wallets take up advantage.

The next difference between both them is related to the cost. If an individual opens their account in a Hot wallet, it would cost them nothing as the Hot wallet accounts are opened for free. But that’s not the case in cold wallets or storage.

There are a few cold wallets that allow the user to open their account for free. But for the best ones, the users would have to pay 100 to 200 US dollars depending on the type of hardware they need for the same. The better hardware costs more and provides more security.

People mostly prefer using hot wallets as they are connected to the internet. Therefore, they are able to provide more uses and features as compared to cold wallets.

Because of this reason, these wallets even step up as a convenient way for all the people willing to hold their wallets in cryptocurrency. They also don’t have to do some additional steps to complete their transactions of tokens. It would be done easily within a few seconds or minutes depending on the network they are using to complete the transaction.

Cold wallets make use of Private keys, along with Public keys which help individuals to keep their wallets and cryptos safe. When the private keys are connected to the Internet (like that of Hot wallets) they are even more vulnerable to being attacked by hackers.