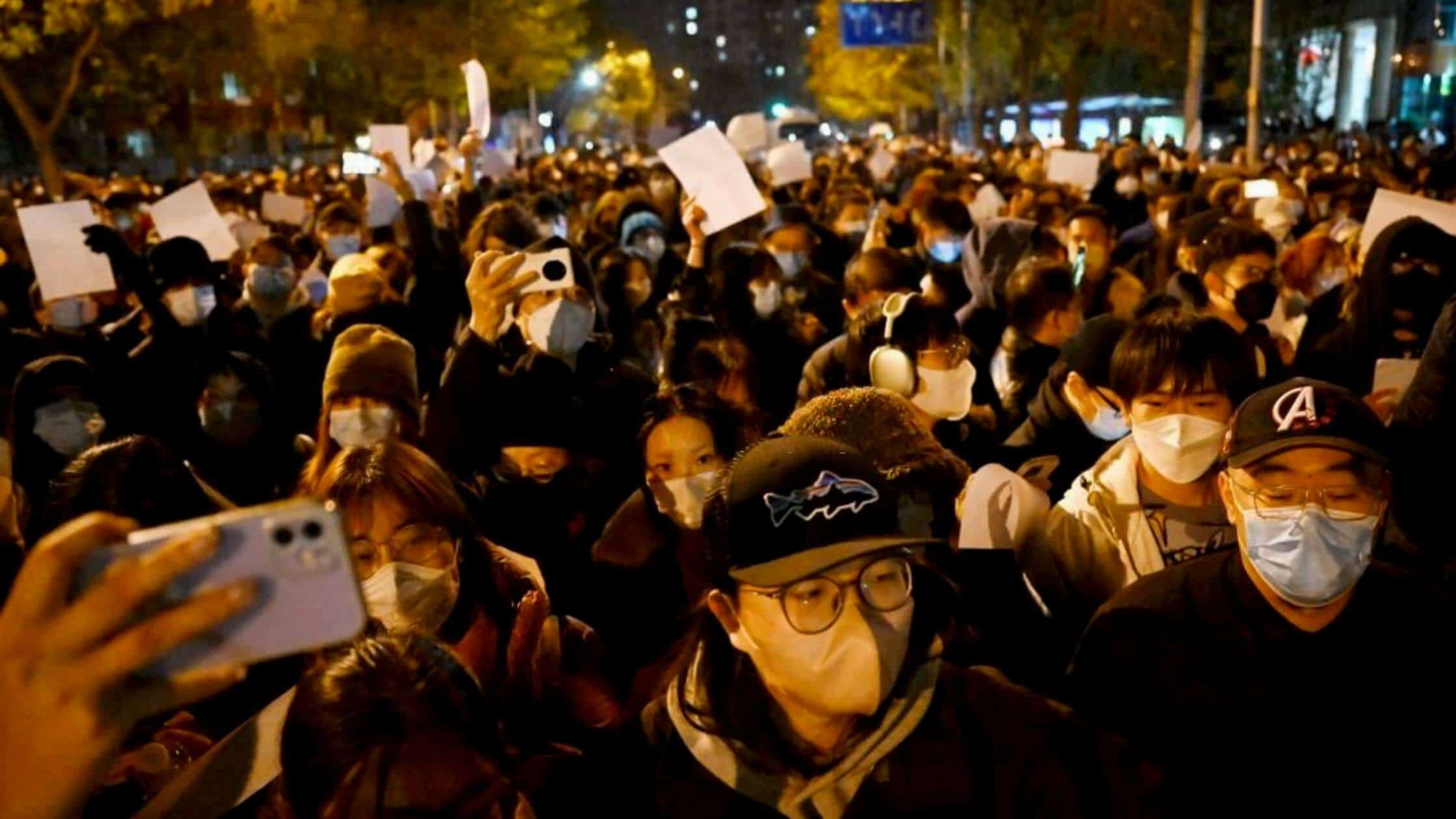 One of the deadliest threats to humans in the past few years was the outbreak of the Coronavirus.

The virus is said to be spread from China and later throughout the world. It’s been around 2-3 years and the disease aren’t terrifying as it was before globally people are living their usual life away from isolation and locked-at-home circumstances in most places except for China.

Despite people having immunity booster intakes and getting vaccinated it still might bring health consequences as multiple new variants of the virus which thrived under extreme conditions are coming back stronger.

China saw the outbreak of the virus initially are still taking necessary safety measures as the government is anticipating the worst-case scenario when it comes to the consequences of the disease.

People are frustrated by authorities’ decisions as they got the normal life privileges after the inception of COVID didn’t last long and are breaking restrictions for their freedom from locked homes.

The Police officers patrolled the streets to keep people safe at home while the government found ways to keep the public calm. The furious public made explosive comments on the leader Xi Jinping protesting against him to resign.

Reports from some areas show that bus services and markets are open in a few cities. The rules and control are also taken considering the fact that China is also the most populated country in the world.

Most of the cases are rapidly reported and tested for keeping the virus under control, especially since NIH established a website for self-reporting COVID-19 tests so the decision from the government is at the cost of high disapproval from the citizens.

Speculations about Long Covid predict itself as a threat to the future and its impact is both physiological and psychological. The population of elderly citizens in China is at its lowest up to 17.84 percent and 62.5 percent of the rest of the population is young so the slightest variation of cases rise can wipe out the older majority.

However, the reports and satellite assurance globally are trying to wake China against the “Zero Covid Policy”. Allegations posed at China’s policy are valid according to netizens as per two aspects.

Firstly, the vision of the government seems unrealistic because ever since the world witnessed such a pandemic.

The normal life that we led before December 2019 cannot be completely restored. Secondly, people are still in fear of the possible outbreak of another pandemic so it’s understandable to aim for a life where you feel free without the awareness of constant danger.

The decision is both logical and controversial. Prevention is better than cure but complete control cannot promise risk-free life. Global health experts have criticized the government saying the idea is unsustainable. Yet the Chinese authorities are moving on with the same policy due to not having other valid options.

Most of the population have a weak immune system which might expose them to such diseases. Their preference for domestic vaccines has been a bad idea since there are better international ones but the officials refuse to take them.

Another factor is the majority who haven’t taken vaccines also, the overwhelming number of hospitals could be hectic as per the authorities, China has reported the lowest numbers of hospital beds per 100,000 beds in the world and the least cases reported compared to them.

Even if the idea of the Zero Covid Policy helped people and officials to an extent their idea could not hack long term. Of the outrage of the public, the government promises a better idea in the coming weeks.