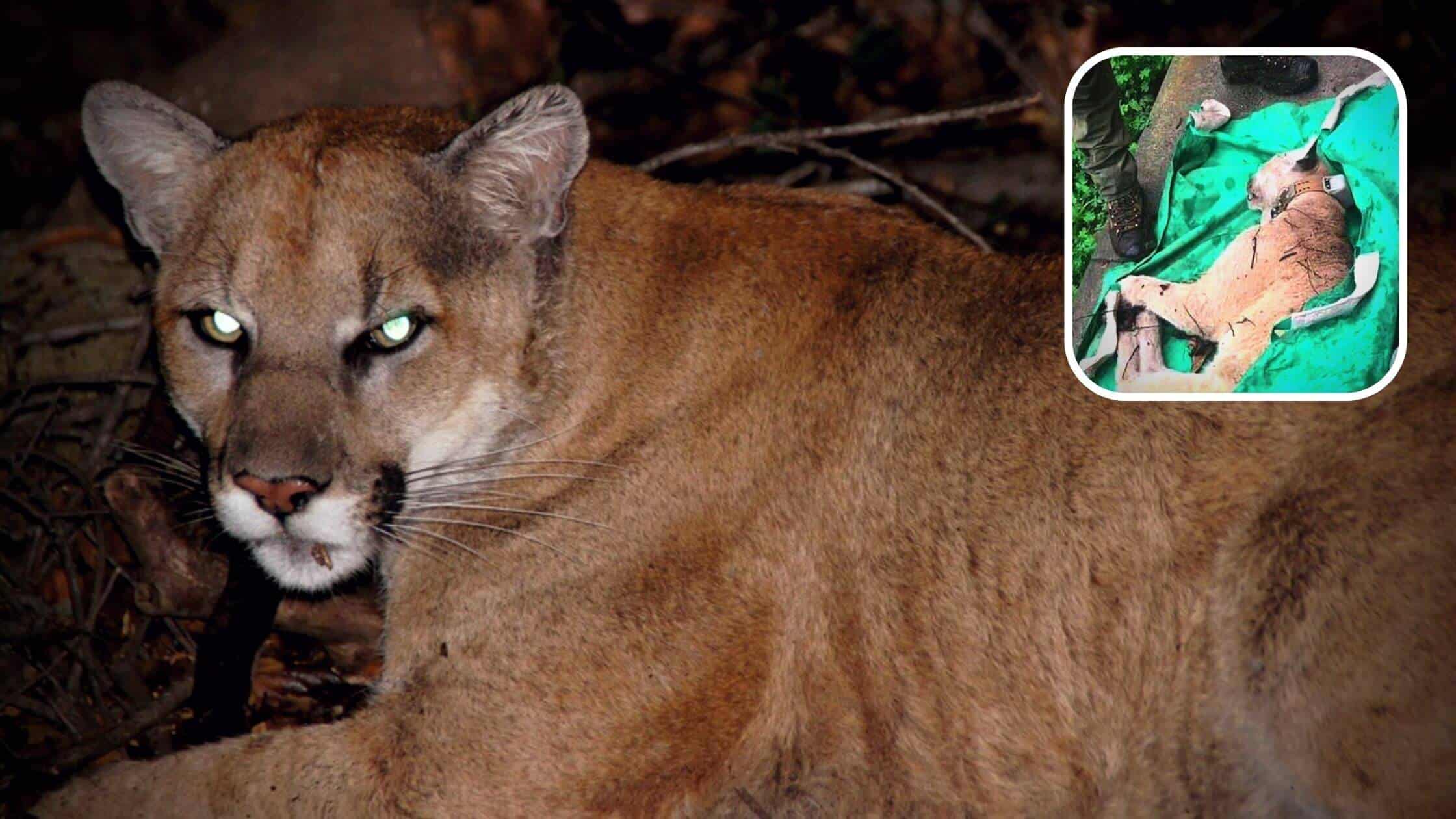 There are undoubtedly benefits to residing close to a wilderness area. You can appreciate the natural beauty of the surroundings, the artistry of sunrise and sunset, the sounds of the birds, and more.

However, it also implies that occasionally, you’ll receive wild visitors who could be more amiable. The mountain lion, who reportedly became well-known for prowling around the urban sprawl of Hollywood, used to be one of these natural visitors.

Following what is claimed to have been a hunt for two of the leashed pet dogs, the big cat has now been apprehended. Most often seen prowling across motorways is the most famous mountain lion in Los Angeles.

The cougar is reportedly being examined in a hospital after being captured by wildlife officials. It has a name and is recognized as the oldest cougar in Hollywood Hills.

P-22 is the name given to the cougar. It frequently hunts at night and is equipped with a GPS tracking collar as part of National Park Service research. Officials from the forest see to ensure that it is routinely captured on surveillance cameras.

The monitoring was necessary because it had been noticed that the cougar periodically strolled through neighborhoods. Records show that it can be found in Griffith Park, a wilderness and picnic area near LA, more frequently than in other places.

As soon as word of the dog assault spread, the forest police sprang into action and tranquilized P-22. P-22 was wounded with a tranquilizer dart, but reports say his health is stable.

The strategy to catch the cougar was carried out in the hip Los Feliz district, next to the park. The California Department of Fish and Wildlife was charged with capturing P-22, the infamous mountain lion.

To calm him down, the authorities shot him with darts. They took him to the Los Angeles Zoo to be evaluated by veterinarians after ensuring his vital signs were in order. As we’ve already mentioned, the cougar is among the wild animals that have lived in Hollywood Hills for a long time.

As a result, the zoo’s medical team offered triage and emergency care before transferring the patient for more testing. The authorities gave the go-ahead for its release back to Fish and Wildlife following the examination.

Even though he was first said to be stable, it was assumed that he had been hurt. According to an anonymous report that officials were investigating, he may have recently been hit by a car.

P-22, reportedly about 11 years old, is described in the official documentation. It may be ancient, but P-22 hasn’t lost any of its wild hunting prowess because there have lately been at least two reports of assaults on pets. The attack took place when the owners were taking their pets on walks.

The Face Of The Campaign: P-22

P-22 typically stalks coyotes and deer, but the National Park Service has confirmed that the cougar attacked the home pets in November. He once attacked a Chihuahua that was being led. One of the owner’s most depressing days was undoubtedly the one.

In another case, a dog owner fought a mountain lion to save his dog. The owner claims that his dog suffered numerous lacerations on his neck and throughout his body due to the attack.

The dog’s present whereabouts are unknown, but the brave owner was undoubtedly fortunate because by fending off the large cat, the dog managed to escape the jaws of death. Despite the attacks, people have compassion for the cougar and have used him as the spokesperson for a campaign.

A wildlife crossing over a motorway in the Los Angeles region was to be constructed as part of the campaign. A safe route to the surrounding Santa Monica Mountains would be provided for big cats and other wildlife by the motorway, which would lessen friction between people and wildlife in the area.