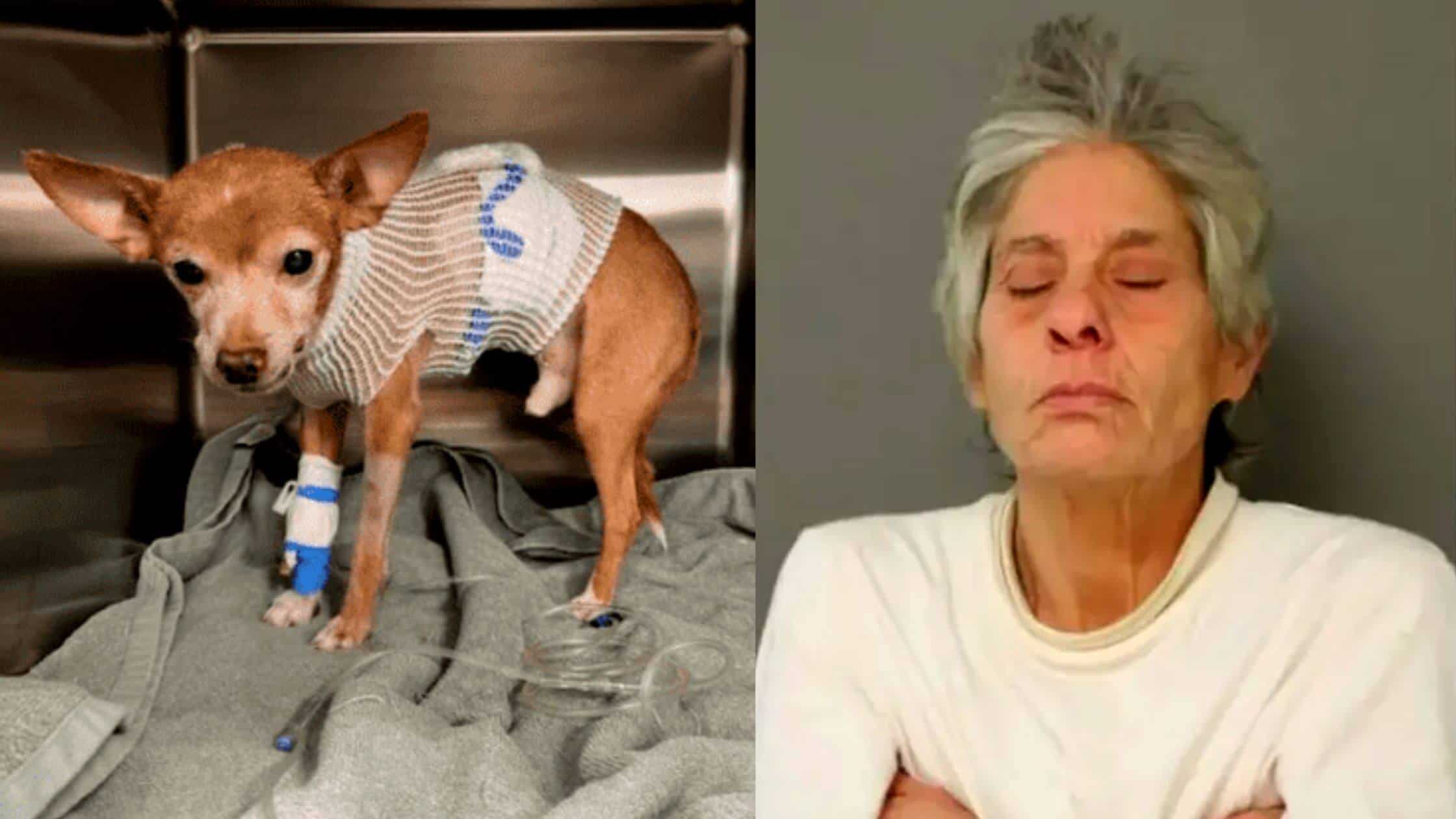 In what could be termed bizarre, a 61-year-old woman has reportedly stabbed a 12-year-old  chihuahua multiple times in an unprovoked attack.

In her northwest Chicago neighborhood of Dunning, the 15-year-old girl was walking her Chihuahua named Bebe when a woman came over to talk to her.

According to the sources, Jeanette Olivo, 61, struck up a conversation with the teenage girl on Monday afternoon outside of her residence on West Irving Park Road.

After a brief interval, the woman allegedly ran toward Bebe, the dog, and stabbed him with a knife, as stated in court papers cited by the media outlet.

The documents also state that despite the terrified girl’s attempts to flee the woman, Olivo persisted in stabbing the dog by chasing down the teenager and the pet.

Olivo fled the situation and started dropping the knife about a block away, but the girl’s father apprehended her and detained the alleged attacker until cops arrived, according to mainstream media.

What Is The Condition Of The Dog?

The 15-year-old young girl, who wished to remain unnamed, admitted that she was terrified because she feared losing him.

Bebe, who thankfully survived the horrifying assault, was stabbed numerous times, including once in the chest.

Bebe has been released from surgery after undergoing treatment for a wound that punctured the dog’s diaphragm, according to a Facebook update from the Garrido Stray Rescue Foundation. In just two days, the foundation was also able to raise over $9,000 to cover Bebe’s medical expenses.

According to the Garrido group’s most recent update, they were open to expressing their supreme joy in saving the poor dog:  “WE DID IT TOGETHER – WE SAVED BEBE!”, the post said.

In an effort to thank the veterinarian who helped save the dog’s life, a number of organizations and pet charities banded together. One such organization was Small Paws Rescue, which contributed to Bebe’s high medical expenses.

The Garrido Stray Rescue Foundation has also verified that Bebe has returned home and is recuperating with his devoted family following the harrowing experience.

He’s doing great, according to the dog’s owner. “He is eating good, He was even barking alongside the other dogs”, which was encouraging to them, the owner reasoned.

More: After Killing A Dog, A Popular Hollywood Mountain Lion Was Apprehended

Bebe could now stand by herself, according to a Dec. 27 update. It then underwent another update on December 28th to continue its development. The organization also claims that the dog did not experience a pneumothorax.

It happens when air seeps into the void between your lung and chest wall, the lung collapses as a result of the air pushing against its exterior. According to medical science, a pneumothorax can be either a partial or complete collapse of the lungs.

The 15-year-old, on the other hand, is reportedly traumatized by the event and will need some time to recover from the shock. She is doing well despite the trauma, and the family’s love and support are assisting in her wound healing.

Returning to the attacker, Olivo has been instructed not to keep any animals as pets or owners if she is able to post bail. Reacting to the incident, Sergio Macias, the dog’s other owner, declared that the suspect “needs to be in jail. She needs to be held accountable. This cannot be happening”.

It was unclear right away if Olivo had hired a lawyer to speak on her behalf.

Olivo was detained on December 10 in a separate incident and charged with aggravated assault and battery, according to related police records cited by a mainstream media outlet. The Chicago police are looking into her offensive background more after the terrible incident.