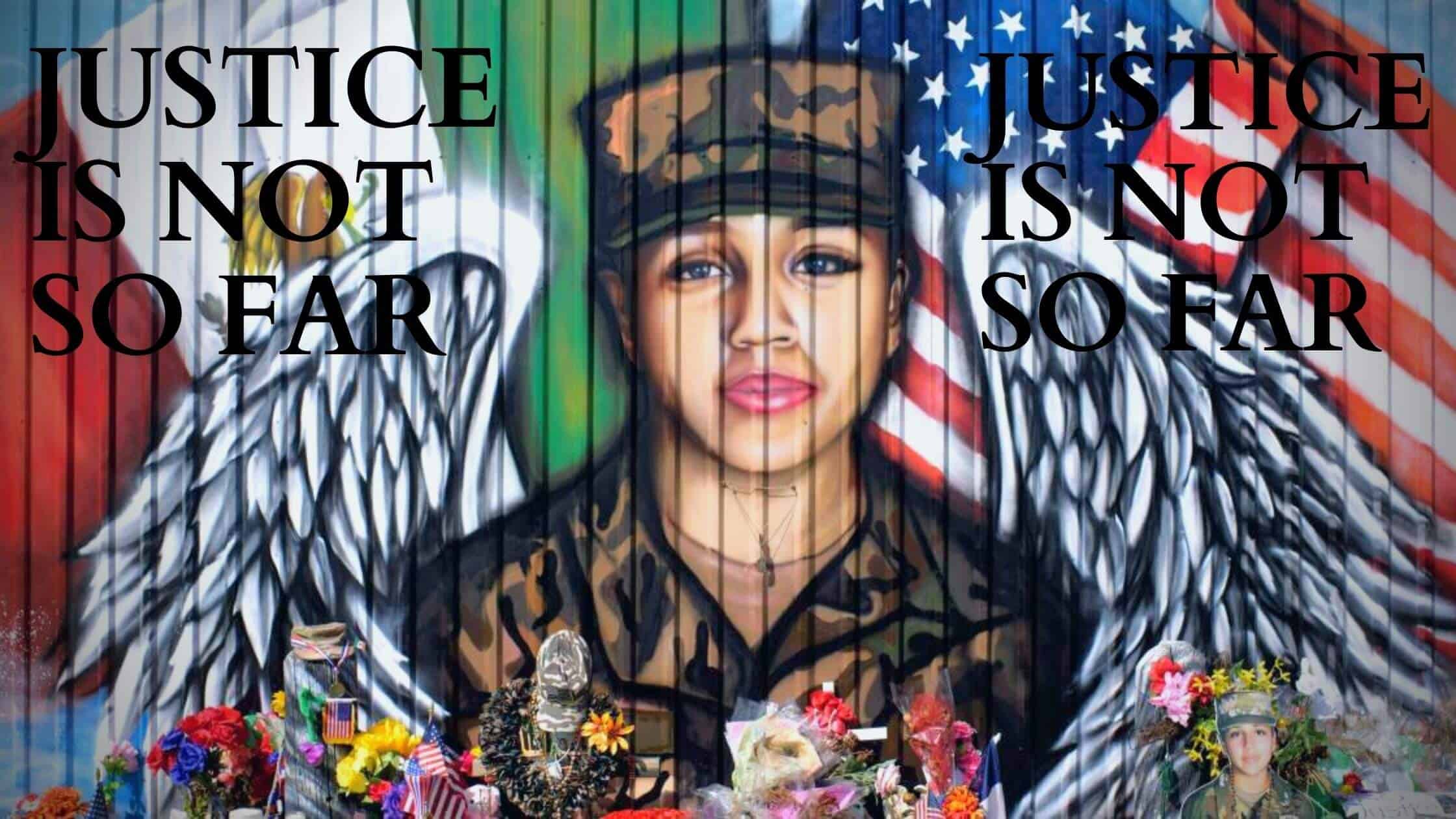 According to the latest reports from the Department of Justice(DOJ), it is pretty clear that the woman who had helped in hiding the body of the now deceased American soldier and a specialist named Vanessa Guillen has finally pleaded guilty to multiple charges.

The incident took place on Tuesday this week. As per the reports, the name of the woman is ‘Cecily Aguiler’ she has finally pleaded guilty to three counts of false representation and making statements that were not true.

Cecily has also pleaded guilty to one count of accessory to murder, as a result of which she is expected to spend at least thirty years in prison alongside a million dollars in fines.

Although, the count is yet to provide any final say in the matter and order the final punishment for Cecily Aguiler.

The sentencing hearing has not been scheduled as per the latest reports from DOJ, as much evidence related to Cecily’s involvement in the case is currently being reviewed very carefully.

Who Was Specialist Vanessa Guillen?

Vanessa Guillen was a former US Army specialist born and raised in Houston along with her five siblings.

Interestingly, Guillen had a strong affection for the US military from childhood and always wanted to join the army ranks. Guillen had finally managed to enlist in the army at the age of eighteen and was well-known for being a very active as well as a sporty person.

Guillen was also known for being quite religious, as she would attend church regularly, even when working for the army.

What Had Happened With Vanessa Guillen?

The incident occurred at Fort Hood in the summer of 2020 when Vanessa Guillen was posted at the army post.

According to reports, Vanessa had mysteriously disappeared on April 22nd of that year, and later her mutilated and burned remains were found at the same post.

The case had caused a major uproar among the Latino community and other women officials working for the army. It has also received massive media support after the information about the case went viral on the internet.

The famous streaming service, ‘Netflix’ launched a documentary stating all the details regarding the murder of Vanessa Guillen.

There is also evidence that Vanessa was sexually assaulted many times before her murder at fort hood.

Interestingly, the prime suspect in the case was another fellow soldier and specialist named Aaron Robinson. Still, he had committed the unthinkable soon after the death of Vanessa Guillen.

According to the reports published by the Department of Justice, it is clear that Cecily Aguiler is a twenty-four-year-old resident of Kileen, Texas, and also suspected to be the estranged wife of an unnamed soldier who had been arrested regarding the ‘Vanessa Guillen Case.’

Thus, Cecily may have a serious role to play in the murder of ‘Vanessa Guillen, which occurred in the summer of 2020 at Fort Hood.

What Are The Allegations Against Cecily Aguiler?

As per the court documents and interviews conducted by the Department of Justice, the DOJ officials have said that Cecily had assisted Aaron Robinson, who was the first suspect in the murder of Vanessa Guillen, between the dates of April 22nd and July 1st back on 2020 in alteration, destroying as well as mutilating the body of the former and now deceased soldier.

The officials have also stated that Cecily’s motive in mutating the body was mainly to remove any evidence of foul play and clear the name of Robinson from the ‘Vanessa Guillen Case.’

Cecily has also been accused of accessing and deleting critical information stored on Robinson’s google account after his untimely death back in 2020, as a result of which she is expected to receive a thirty-year-long sentence alongside a million dollar fine for alteration of evidence and four counts of providing materially false statements to investigators from federal agents.