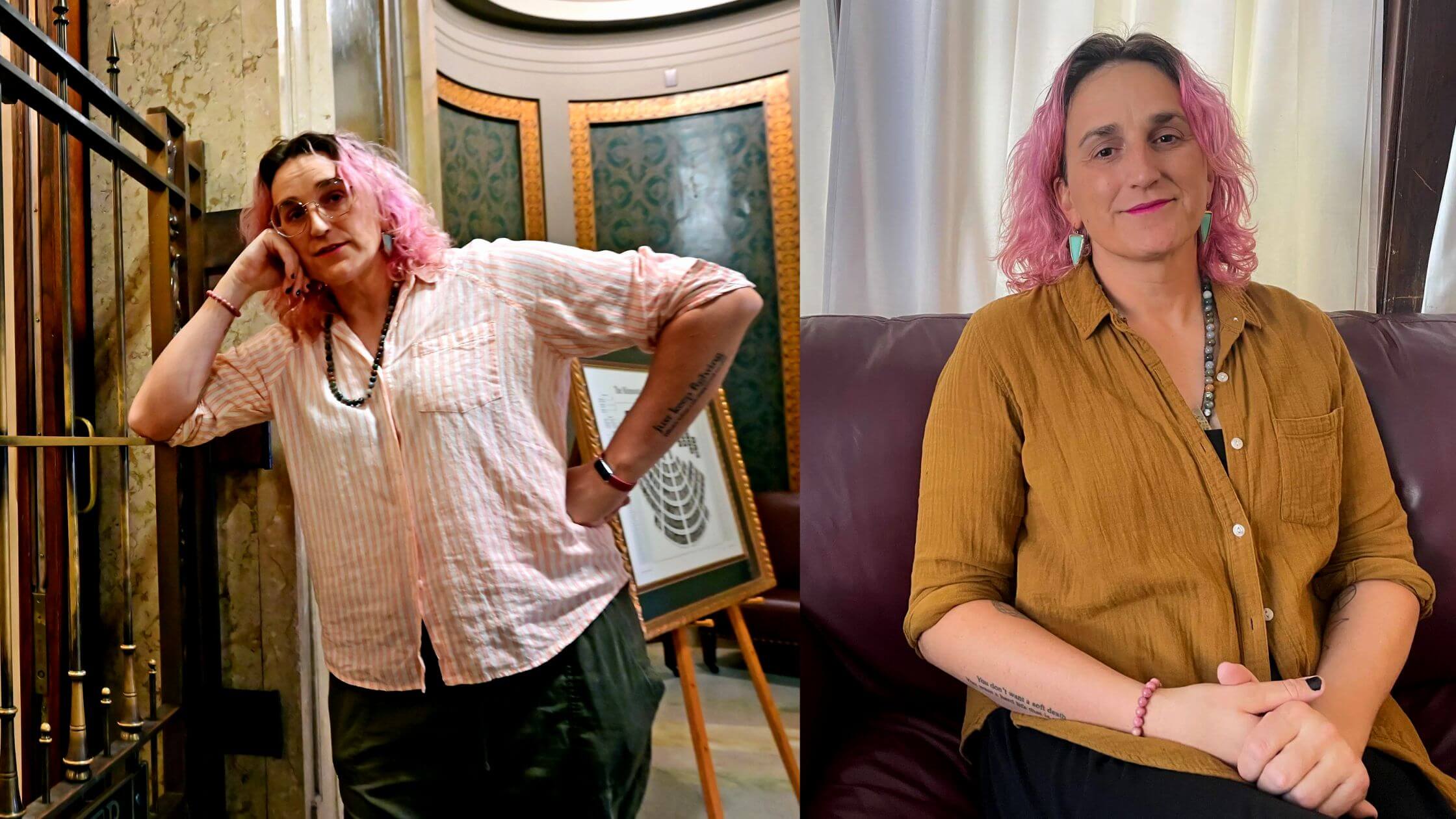 Minnesota’s first LGBTQ+ lawmaker Leigh Finke plans on becoming a role model for others belonging to the community who are struggling to portray themselves in politics.

Finke states that for her representation is what matters and it is very hard for trans people to visualize a future as they are not given any representation in the open world. She added that anyone can succeed, have a family, get partnered, acquire a job where decisions are made, help people and do whatever they wish to do.

And with her decision on coming out, she wanted to expand the concept that trans people belong everywhere. She even firmly believes that it is easy to speak but even harder you have to believe what you can’t see.

All Of Her Efforts Are Aimed At Promoting LGBTQ+ Rights

On January 3, Finke will swear to be the representative of House District 66A, an extremely Democratic area that encloses the St. Paul neighborhoods of St. Anthony Park, Como and Hamline-Midway, Falcon Heights, areas of Roseville, and Lauderdale.

She won over Dave Thomas in August’s primary election and even defeated Republican candidate Trace Johnson in the general election held on November 08 with 81% of the vote.

41-year-old Finke is not only a politician but also a documentary filmmaker and an advocate who’s been working on different political movements. And she was an active participant in such programs from her time at Bethel University. After the 2016 presidential election, Finke’s revelation changed her attitudes on politics and evolving changes.

The advocate opened up that she was very much interested in national politics and movement politics and is still very dedicated to movement politics. She says that politics is local and the capacity to create changes will also be the same. To make the change she wishes to see, she wanted to bring together people and help them understand politics, and involve them in every step of the political fight.

Finke expressed that running for office was not on her wishlist until 2018. It was from then she started noticing the increase in proposed bills and debates in the State Legislature which was opposing transgender rights. And it was then she acknowledged that in order to become politically stable, there must be someone from their community in the legislature.

Later Rep. Alice Hausman declared her retirement from the district seat which was a great opportunity for Flink to make her representation. And as for the advocate, Minnesota is a strong provider of gender-affirming and transitional healthcare. And she believes that this must be protected at any cost so that it will be a great entrance for the future. She expressed that they weren’t much to work in Minnesota in order to shield trans people.

The upcoming session will witness the highest proportion of new members ever since 1976 and Finke will be one of the 44 forthcoming freshmen representatives that make up one-third of the house. She has listed out numerous issues that she hopes to see action by this year. This includes legalizing marijuana, safeguarding the right to abortion, and offering paid family medical leave. Out of these, one of the major and most essential for her is the protection of LGBTQ+ rights and health care, lowering of gun violence, and battling homelessness.

She stated that she has a long list of things she wishes to change upon swearing in. These changes must be done when they have the power or else she accepts that she’ll never have a chance anytime. She believes that the opportunity that she received now will help her in working closely with other LGBTQ+ freshers like Alicia Kozlowski, Minnesota’s first openly nonbinary legislator.

More: The Night Has Been Marked By Historic Firsts For LGBTQ Candidates

In the upcoming session, a record 11 people from the LGBTQ+ community were elected to the Minnesota Legislature. As per the estimate of the LGBTQ Victory Fund, a national association functioning to improve the number of LGBTQ elected officials, the number achieved this year is double that of the representation in the Capitol.